IC 1230 is a pair of galaxies along with two others that appear to be in a common large halo. Only the northern galaxy has any distance data. That puts it 640 million light-years distant in very northern Hercules. The other two sharing the northern part of the halo carry rather the obtuse designations of SDSSCGB 08814.02 and .03 left to right (east to west). This is because the group of 5, these two the blue spiral and IC 1230 (the pair) is the SDSSCGB 08814 galaxy group. Only 4 are in the common halo. How many are actually part of the same physical group I can\'t determine. The halo is about 350,000 light-years across in my image assuming the 640 million light-year distance. The blue spiral would be 90,000 light-years across if part of the group. So its size does fit with it being a true member. But it would fit at half that size and distance as well. That doesn\'t help much. Still, the huge halo does seem to argue that the 4 elliptical-like galaxies are physically related and have contributed stars to the huge halo.

To the north is IC 1229. It is in Draco. In fact, the boundary line is just at the north edge of the IC 1230 galaxy group\'s halo. So about half my image is in Draco and half in Hercules. As with the other galaxies but for the larger member of the IC 1230 pair IC 1229 has no distance data nor does NED classify it.

Oddly the only galaxy to have a classification at NED was the flat galaxy FGC 2064 which is listed as Sc. No distance data, however. The annotated image lists three galaxy clusters in the image I could identify by its Bright Cluster Galaxy. Only the clusters had redshift data, never the BCG and that was photographic which can be rather fuzzy at these distances. I didn\'t note anything else. They had no useful data and were listed only by their coordinates in the 2MASS and SDSS. No asteroid appeared this far north. 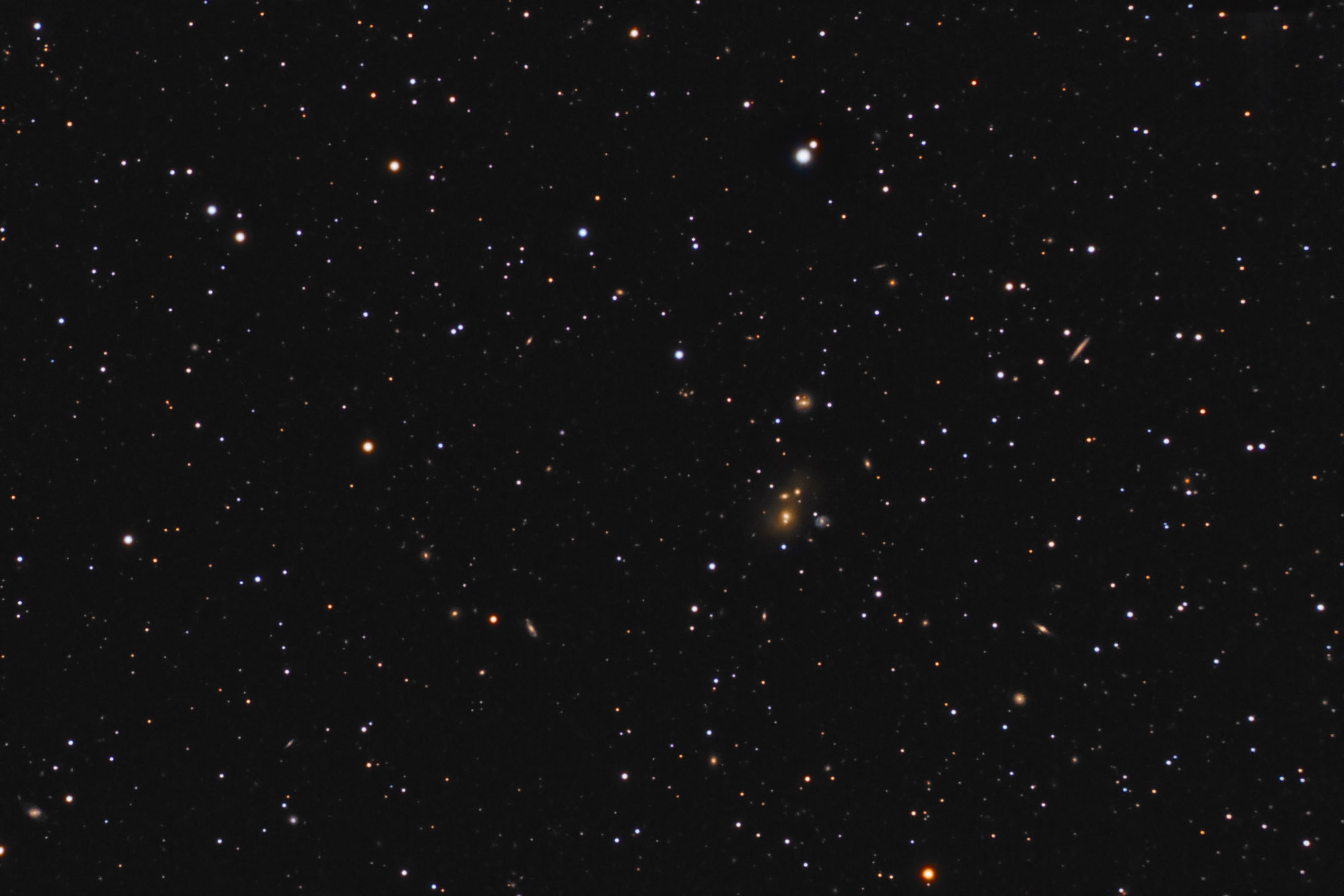 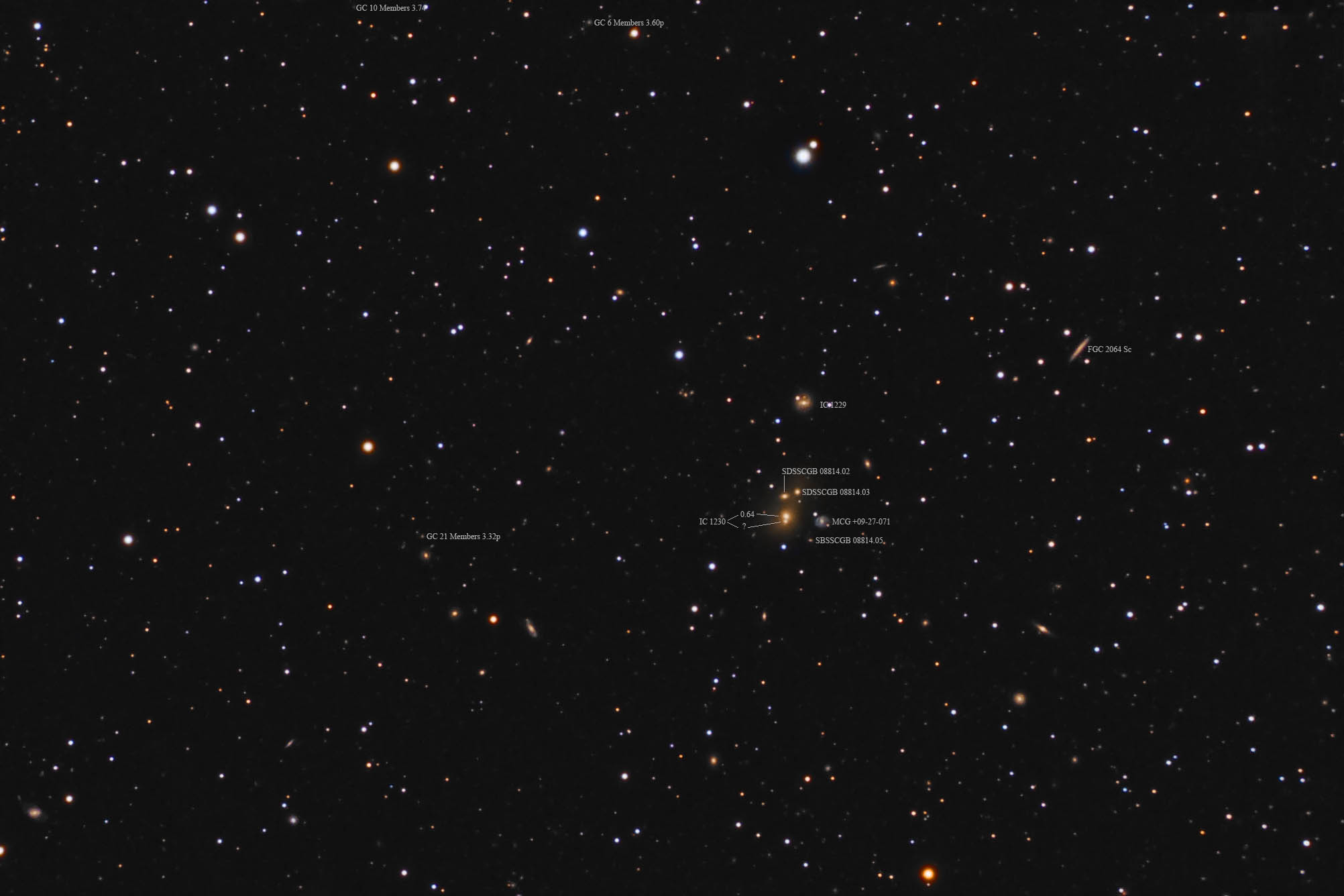