IC 1291 is a rather disturbed looking spiral galaxy in southern Draco just north of Lyra. It is classified SB(s)dm? according to NED and SBdm pec by Seligman. Redshift puts it a bit over 80 million light-years distant while a single Tully-Fisher measurement says about 100 million light-years. One paper mentioning it says 85 million light-years though doesn\'t say how this was determined. Assuming the 85 million light-year figure it is about 52,000 light-years across. It\'s spiral arms are very different both in visual light and at radio frequencies tracing the non-ionized Hydrogen. Is it naturally this way or the product of an interaction? I found nothing on this but will vote that it has been disturbed by an interaction or something it ate. It was discovered by Lewis Swift on June 5, 1891.

The only other galaxy in the frame with redshift data is the ragged looking one to the north, MCG +08-34-005. It\'s redshift puts it at 89 million light-years so may be a true companion. Look closely and you\'ll see it has a very faint extension to the east southeast and a shorter one on the other side running to an orange star. Including these possible tidal features it is some 36,000 light-years long. Using only the obvious bright region it is only 13,000 by 3,000 light-years in size. Include the plumes and it would make the Flat Galaxy\'s 7:1 ratio test. But it\'s not in that catalog. NED makes no attempt to classify it. Could it be the cause of IC 1291\'s odd shape? Seems quite possible to me but then galaxies can just look strange for no known reason.

6.1 minutes south is LEDA 2335645. To me it is a more likely companion than the other. Though it too looks more distant to me. Still it makes a better companion to my eye. Maybe the UGC has a 6 minute cut off and it is just over that? I have no idea. In any case neither of these appear to be UGC 11283 a or b. Closer but fainter is 2MASX J18341025+4919028 to the northeast at only 3.7 minutes, closer than any of these. Neither of these made the UGC so that may be why they weren\'t considered companions.

With only the two galaxies having redshift data and no asteroids present I didn\'t bother to make an annotated image. In doing the asteroid search at the Minor Planet Center I note that their asteroid count is now just over 1 million. It had been stuck at the mid 800,000 level for some time. While some of those are \"lost\" that\'s still a major milestone for finding these little guys. Many millions to go I suspect. 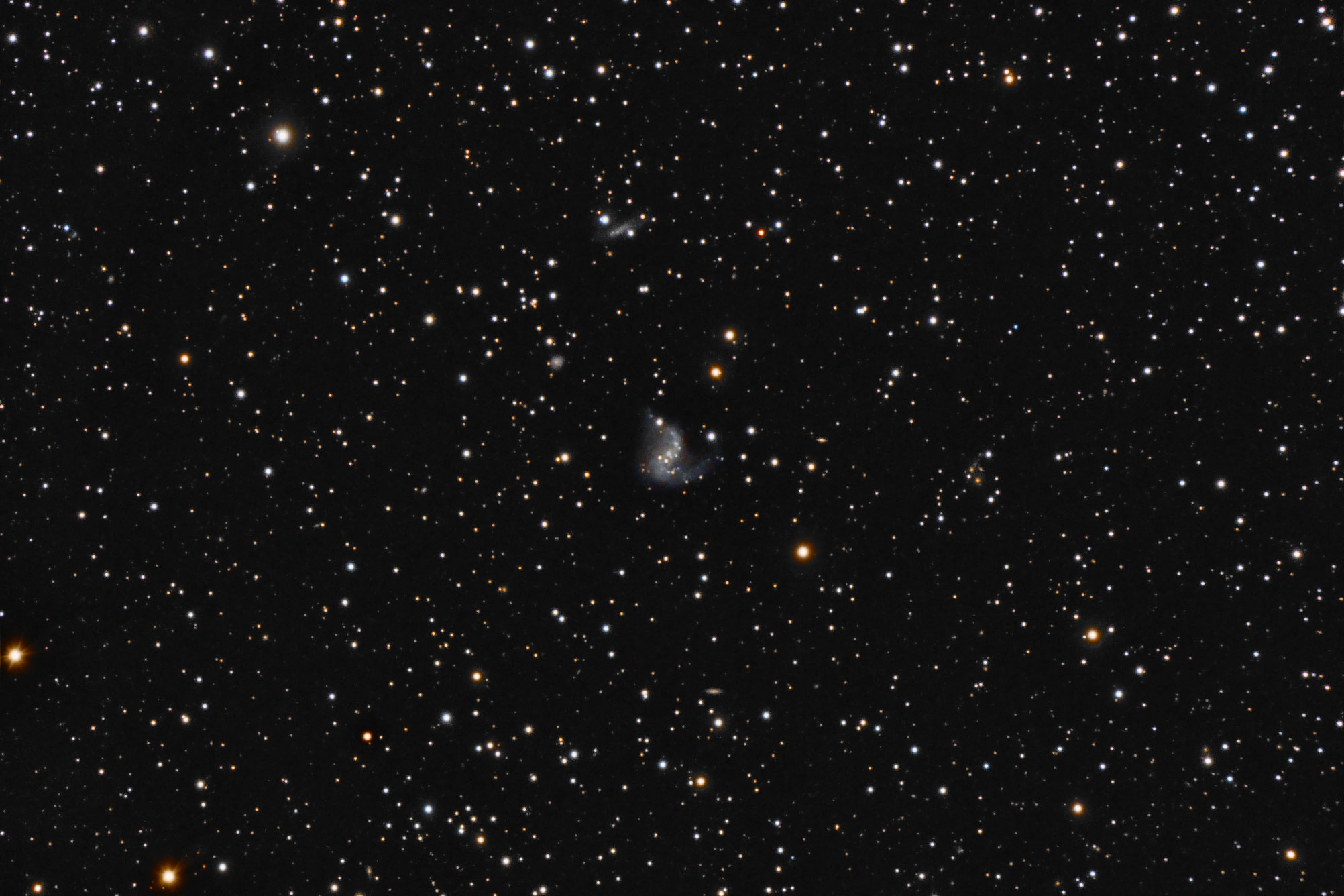 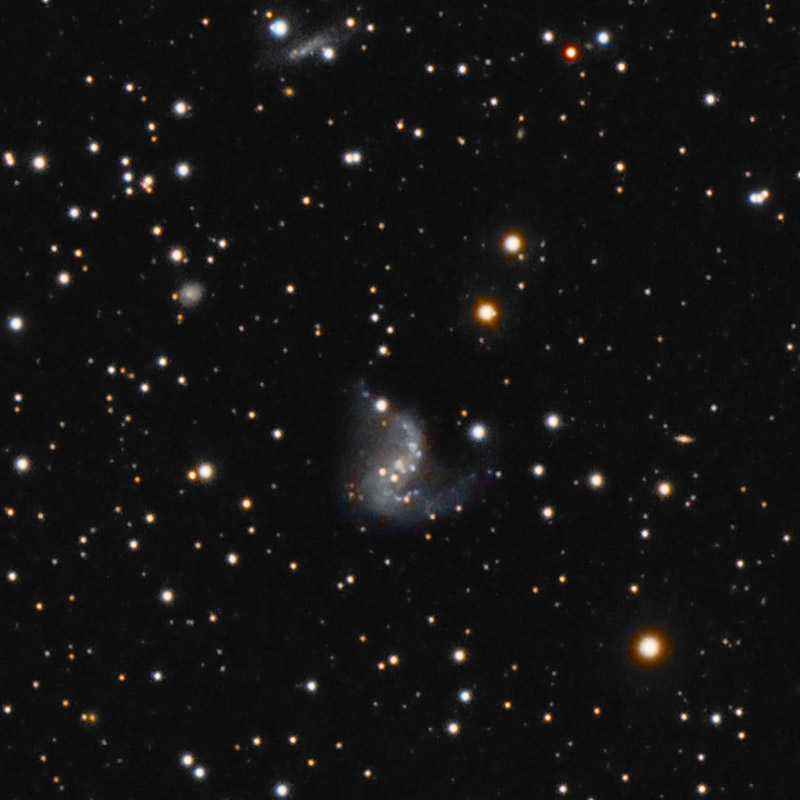 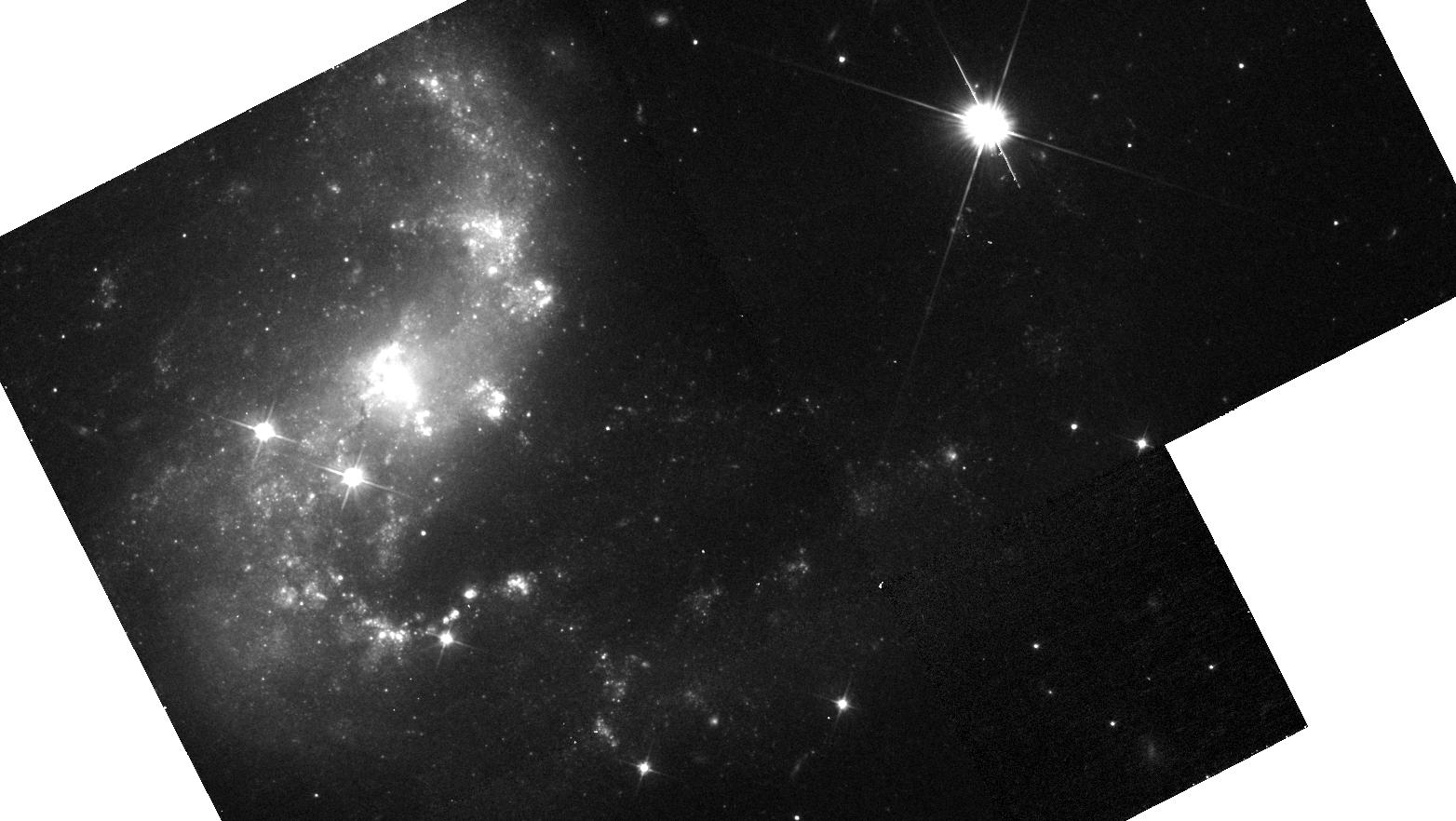