IC 1310/Berkeley 50 is an open cluster in Cygnus. Being near the dust band of the Milky Way it is reddened by nearly one magnitude according to WEBDA. That likely explains its lack of blue appearing stars. WEBDA puts it a distance of 2100 parsecs (6800 light-years and gives it an age of a quarter of a billion years. The only other paper I found on it is behind a paywall so unavailable. Oddly WEBDA came up blank when I asked about it under its IC number but had it under its less well-known Berkeley designation. Though its position was so far off their image of it just catches the eastern half on the very edge of the frame. Most catalogs give a position a bit east of its real position but not this far off. The cluster was discovered by Thomas Henry Espinall Compton Espin, a British astronomer, on September 19, 1893. He discovered 18 previously unknown IC objects using the 17.25\" Calver reflector from his private observatory.

SIMBAD lists another cluster [FRS2007] 0199 110 seconds west of the position for IC 1310. But then SIMBAD puts IC 1310 about 50 seconds east of its true position which makes its entry for the second cluster about 60 seconds west of IC 1310. That puts the real cluster about midway between the two positions. SIMBAD doesn\'t give error bars for position. I\'m going to assume these both apply to the same cluster. NED only lists IC 1310 and gives a 10\" error bar for position.

The dark nebula on the left side of my image is LDN 858. Much of the field has a faint H alpha nebula running through it. Color is weak, however. In many color shots of the region, it is more neutral in color. I likely pushed color saturation further than most, maybe too much in trying to bring out color in it. While much of Cygnus is awash in H alpha light, none of the nebulae listed in SIMBAD extended into this frame though several LBN regions are nearby that appear to be brighter regions of this huge cloud. 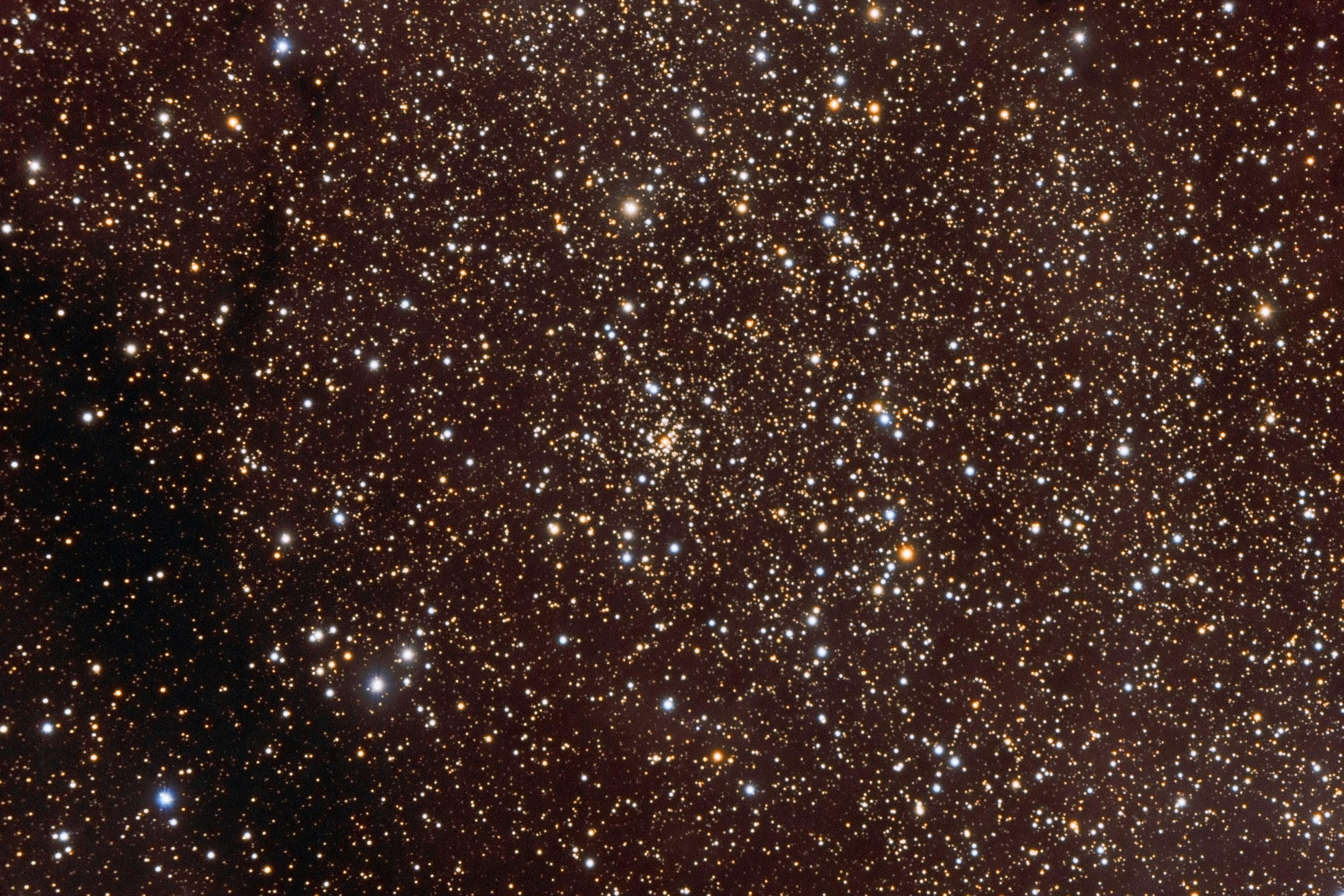