I imaged this one back in 2008 but seeing wasn\'t great and my processing far worse. I was going to combine the two but seeing was so much better for this one for the little gain of the added time I went with the new data only.

IC 1311 is described in the IC catalog as an open star cluster with nebulosity. Most of the nebula is to the east and out my frame. To get the extent of the nebulosity involved I would need a wide angle scope capable of seeing many square degrees of sky so I concentrated on the cluster. It is located in Cygnus about 4000 light-years away. The very dark nebula LDN 885 is quite obvious on the right edge of my image. IC 1311 was discovered by Thomas Espin on October 6, 1893.

What I missed seeing the first time is the small bluish object above LBN 885 and below a streak of H alpha nebulosity. It showed faintly in my first attempt. With my more experienced processing, I see it now is mostly surrounded by a red ring. This reminded me of some planetary nebula. At first, I was coming up blank for a planetary at these coordinates. Then I found this 2006 paper: http://www.aanda.org/articles/aa/pdf/2006/09/aa4057-05.pdf It is about hunting for unknown open clusters but it also turned up a few possible planetary nebula. This is one of them, Patchick 6. Patchick is the name of the astronomer who found it on the POSS plates. After looking at it on the POSS plates I have to say Dana Patchick has very good eyesight as it was barely visible to my eye. It carries another designation DSH J2009.6+4114 which is the only one that worked with the POSS server I used. Its coordinates are 20h 09m 40.90s +41d 14\' 43.1\". It would make a good narrow-band target for those with a 1\" per pixel or greater image scale and seeing to match.

I\'ve included a full-size crop of Patchick 6. Besides Patchick 6 in the center, it contains a mystery object. Yeah, it has me stumped. Your turn to help me figure out what it is. Look right of Patchick 6 almost to the edge. There\'s a very odd colored greenish orange blob. Looking at the POSS 2 plates it shows in Red, Blue and IR images so is real. In fact, it is a double blob in their blue image as well as mine (also the green and maybe red frames). I\'m guessing it is a heavily obscured background galaxy or two. No catalog I have or find on the net lists anything at its position, 20h 09m 25.7s +41d 14\' 39\".

This is a pure LRGB image, no H alpha and using only my normal 40 minutes of L data. I have reduced the full image to 1.5\" per pixel as the full image came in at about 1 MB in size with my normal compression. 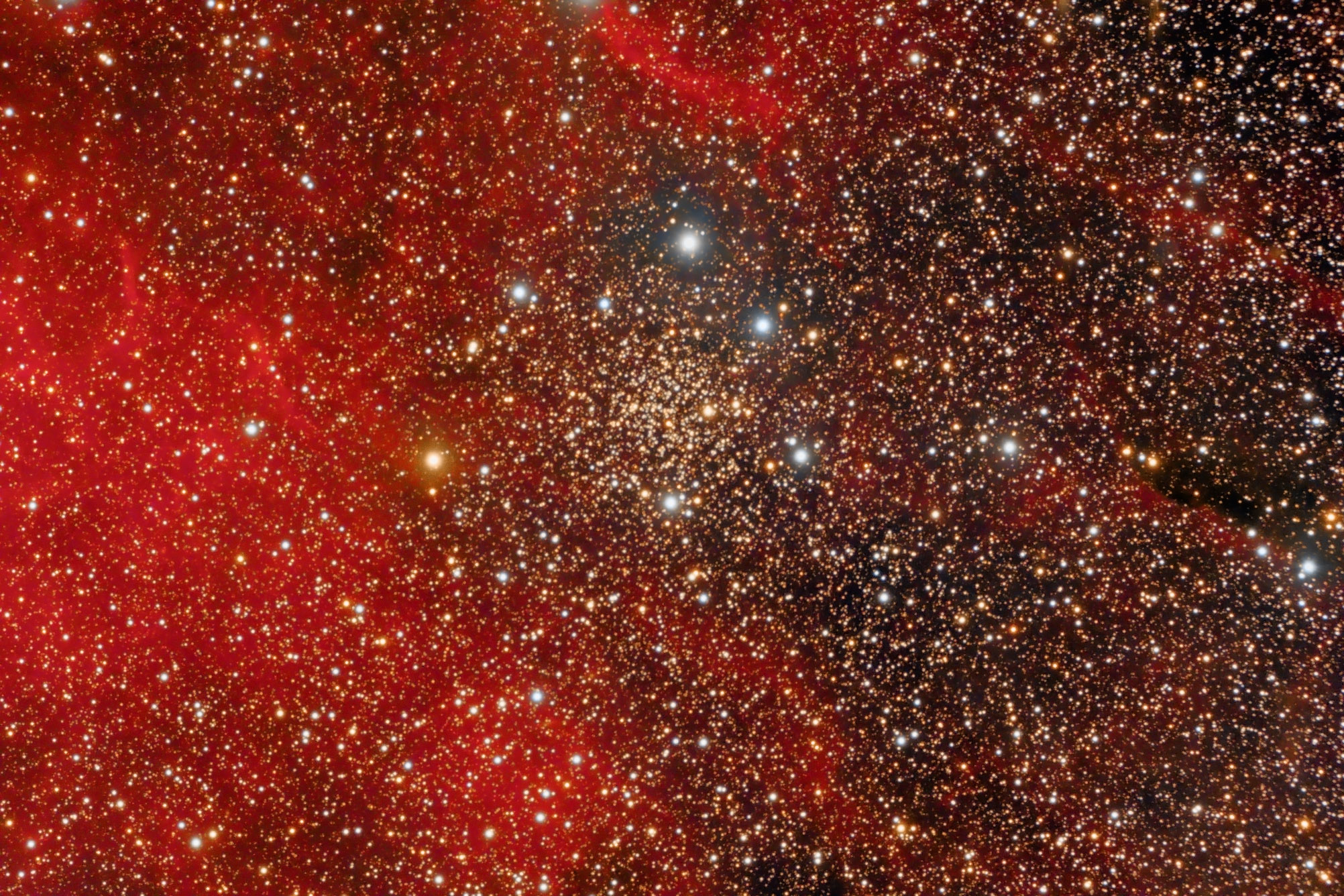 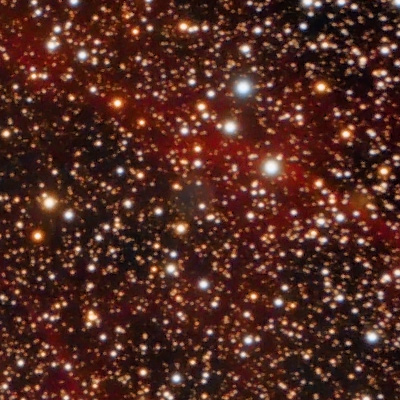