IC 1495/5327 is a peculiar galaxy in southeastern Aquarius. It is about 270 million light-years by redshift and 260 million light-years by Tully-Fisher measurements, a very good agreement. I measure it at about 108,000 light years in size. It is too low for me except on a great night. Unfortunately, none of the three nights I tried for it were close. Turned out the first night was the only one to generate usable frames for luminance but color frames were better other nights. It\'s classified as SAB(r)b pec: with an Sy2 nucleus. Located in the Zone of Avoidance it is in a very poorly studied area as to galaxies. Often the pec status and an active nucleus are indications of a recent interaction with another galaxy. Could the diffuse blob to the south-southwest be the cause? I can\'t even find a listing for it in NED. The MCG just refers to it as a diffuse companion yet doesn\'t include it. NED lists redshift for only three other galaxies, a bright spherical galaxy near the right edge of my image which is at about 900 million light-years and a very faint Emission Line Galaxy near the top. It must really be very bright for me to see it at over 8 billion light-years. At the bottom right is a pair of possibly interacting galaxies but only the western one (on the right) has a redshift available. Without a distance indicator for both, there\'s no way to prove they aren\'t just two unrelated galaxies that happen to be along our line of sight.

I\'d not have prepared an annotated image but for the 7 asteroids in the image. The one named asteroid\'s name citation read: \"(31584) Emaparker = 1999 FG31: Ema Linnea Parker (b. 1998) was awarded second place in the 2014 Intel International Science and Engineering Fair for her electrical and mechanical engineering team project. She attends the Wasatch Academy, Mount Pleasant, Utah, U.S.A.\"

I\'d not have even processed this one but for the 7 asteroids. There were several others in the frame that should have shown easily under typical skies but were lost in the gunk I was imaging through. Another that needs a reshoot that likely won\'t happen. 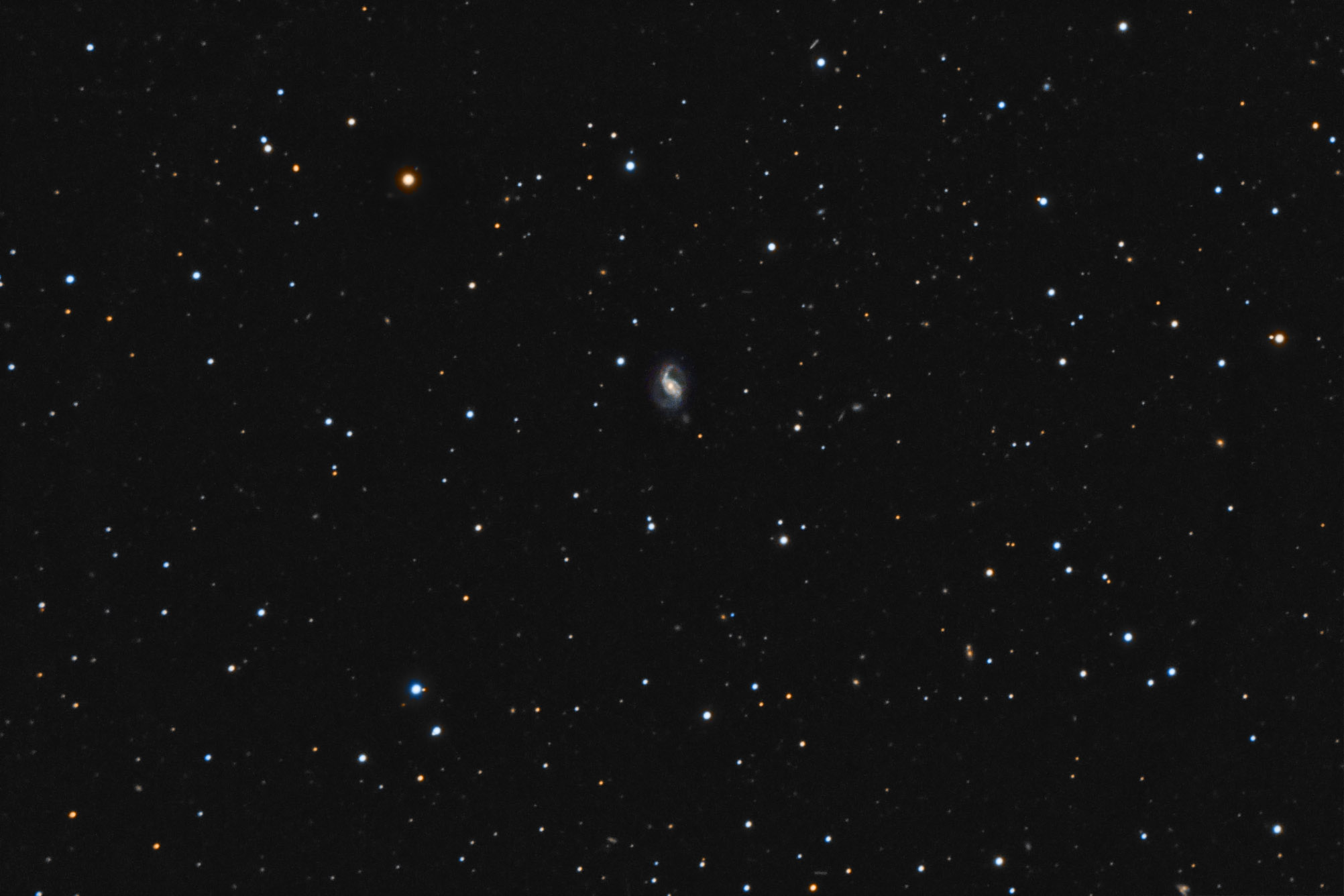 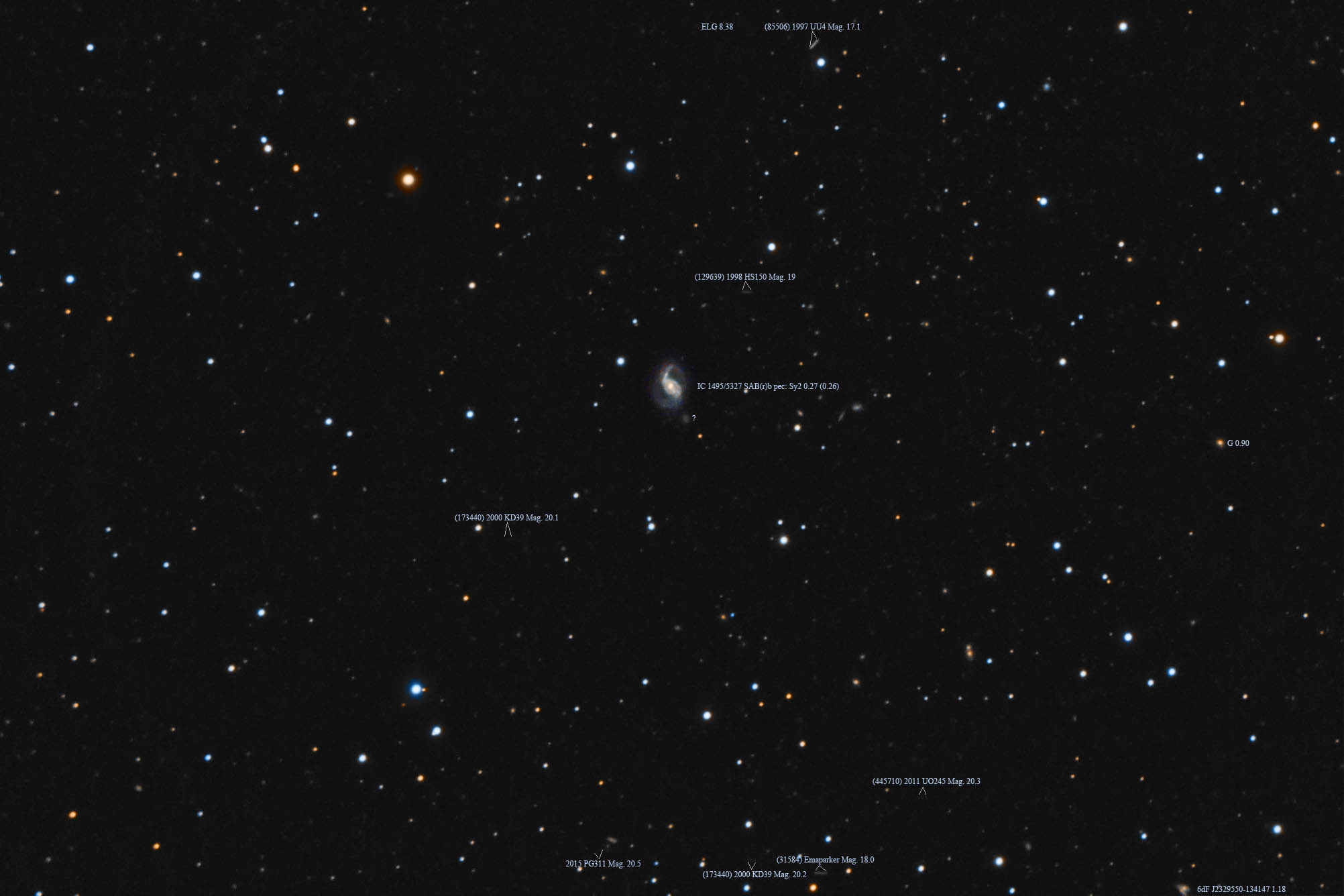