This object has two names which refer to different parts of it. How it is divided varies by the source you use. NGC 896 most consider the right end and brightest part of the nebula, The rest is IC 1795. Some say the dark vertical lane is the divide but most put the IC nebula as centered on the brighter part east (left) of the bright western end. Together some call it the Fish Nebula though I\'ve also heard the more course Butt Crack Nebula used. Both are part, very west end, of the huge Heart Nebula, IC1805. Though this was taken with a rather bright moon in the sky which causes some problems it came out rather well anyway. For a wide field shot showing all of the Heart Nebula with these two coming off the bottom see: http://apod.nasa.gov/apod/ap061003.html for an image taken by a fellow who images in the summer not far from me in the Cross Lake Area about a 75 minute drive from here. He\'s been at digital photography many more years than me and has an apparently unlimited budget. His wide field shot was taken with a small 4\" scope that cost more than what my 14\" cost and is about the cheapest one he owns. Note the very uneven star density across this image indicating there is a lot of dark obscuring matter we don\'t see in this image. Don\'t confuse this with \"Dark Matter\" that is thought to constitute most of the universe\'s matter. That is perfectly transparent so can\'t hide stars. The dark matter that obscures stars is mostly interstellar dust and gas. Very ordinary stuff that when pushed together by gravity formed our sun and planets including the earth.

NGC 896 was discovered by William Herschel on November 3, 1787. It is in the second H400 observing program. IC 1795 was discovered by Edward Barnard sometime in the late 1890\'s as best as can be determined from his records which were poor in this respect. Why I took so many green and blue frames is lost to history. Apparently, I\'m not much better than Barnard was with dates. I\'m assuming the bright moon is to blame plus my ignorance of how to deal with it at this early stage of my imaging career. 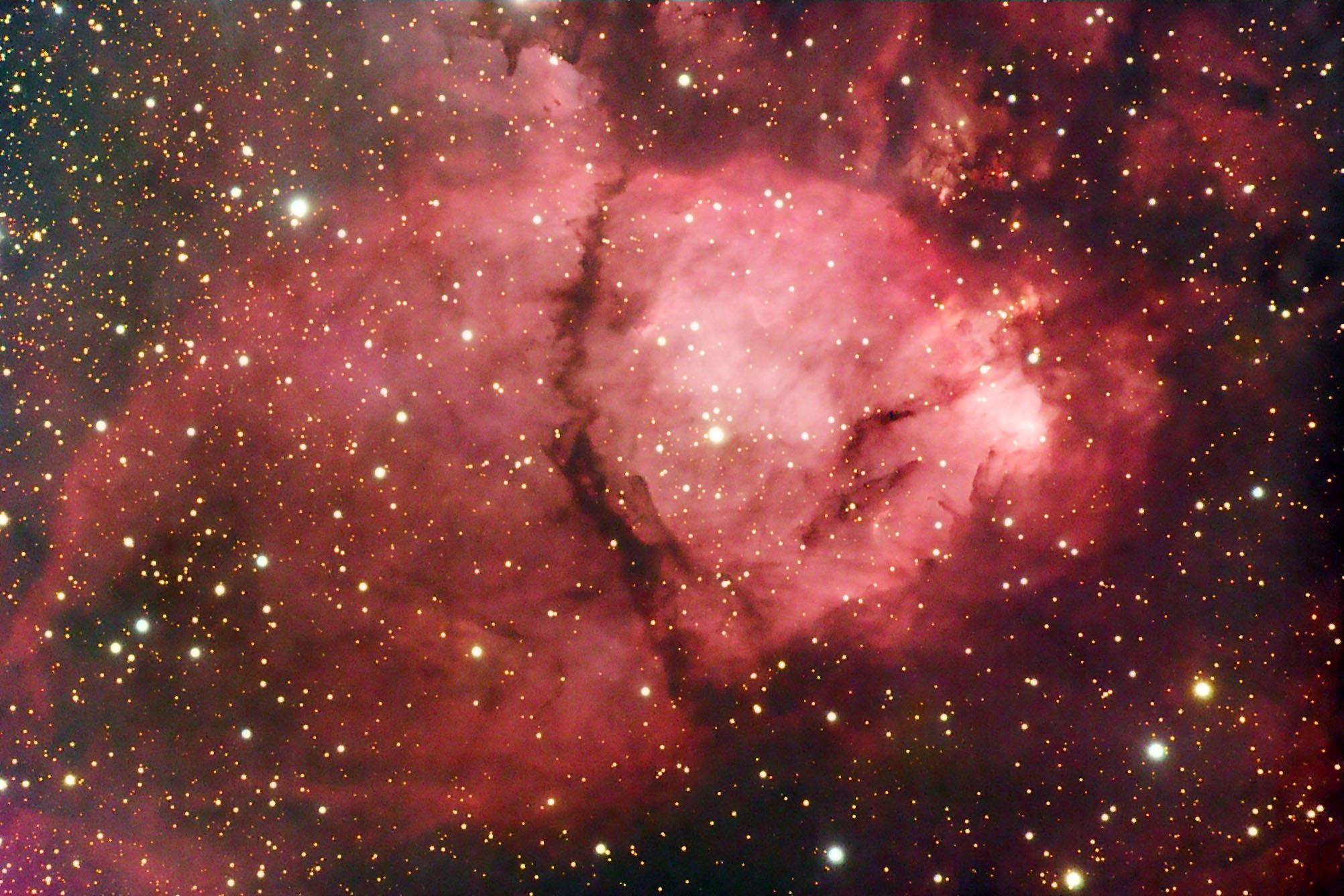