Markarian 8/IC 2184 is a pair of colliding galaxies in Camelopardalis about 160 million light-years distant. It may look like it consists of 3 or 4 galaxies, but this is due to my lack of resolution. The Hubble space telescope has looked at this one. I did a quick and dirty process of a mono image I found at the Hubble Legacy site rotated to closely match my image\'s orientation. It shows it is just two interacting galaxies in which the interaction has created several bright star clouds in the debris field of the collision. It appears the action is just beginning with the major wreck still well into the future. The CGCG says of it \"Triple system in halo.\" While the CGPG says: \"Blue post-eruptive quadruple of 2 bar-shaped and 2 spherical compacts.\" So I don\'t feel bad that it does appear to be 3 or 4 objects in my image. Those authors apparently had little better resolution than I do to work with. Markarian seems to have the most accurate description: \"Two tightly merged double galaxies. Seems to be a nest of blue objects.\" He seems to realize it is only 2 galaxies though doesn\'t seem to desire to speculate what the rest of the blue objects are in that nest. NED classifies both as S?

This is a very barren section of sky for galaxies. That two galaxies would collide in such an empty region of space seems highly unlikely, yet it did happen. They even appear to be of about the same size. No other galaxy in the image has any distance data at NED. NED only lists 11 galaxies in my field omitting one of the brightest, a blue smudge of a galaxy near the top a bit left of center. Hundreds of faint background galaxies are missed as well.

This object was suggested to me by Sakib Rasool. It was discovered by Guillaume Bigourdan on January 24, 1900.

The Luminance frames were taken binned 1x1 for a resolution of 0.5\" per pixel. Color data was binned 2x2, my usual bin mode. The seeing wasn\'t quite up to 0.5\". This one needs a night better than I get even on the best of nights.

I\'ve included a simple process of an HST image of this pair to show a bit more detail than I could catch. 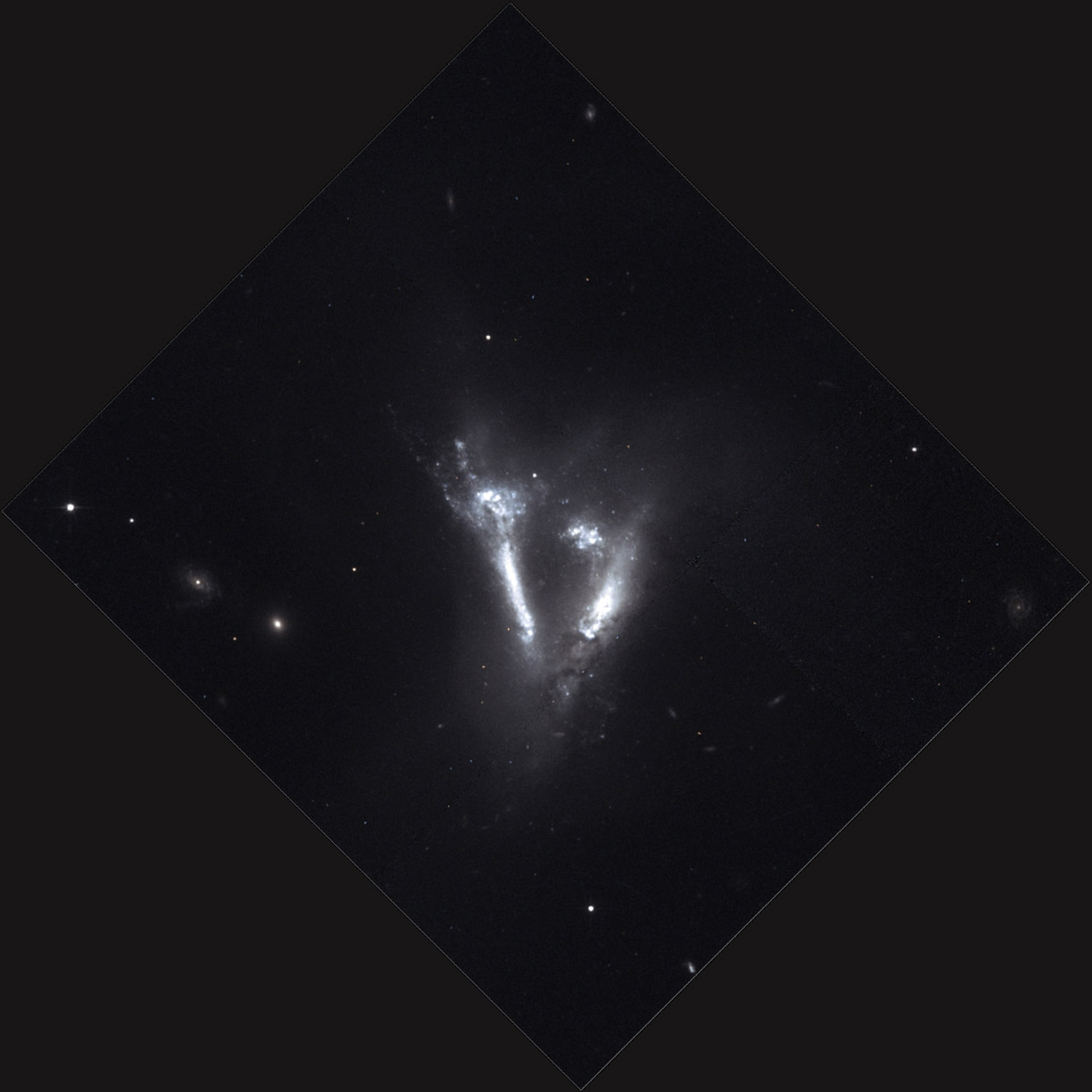 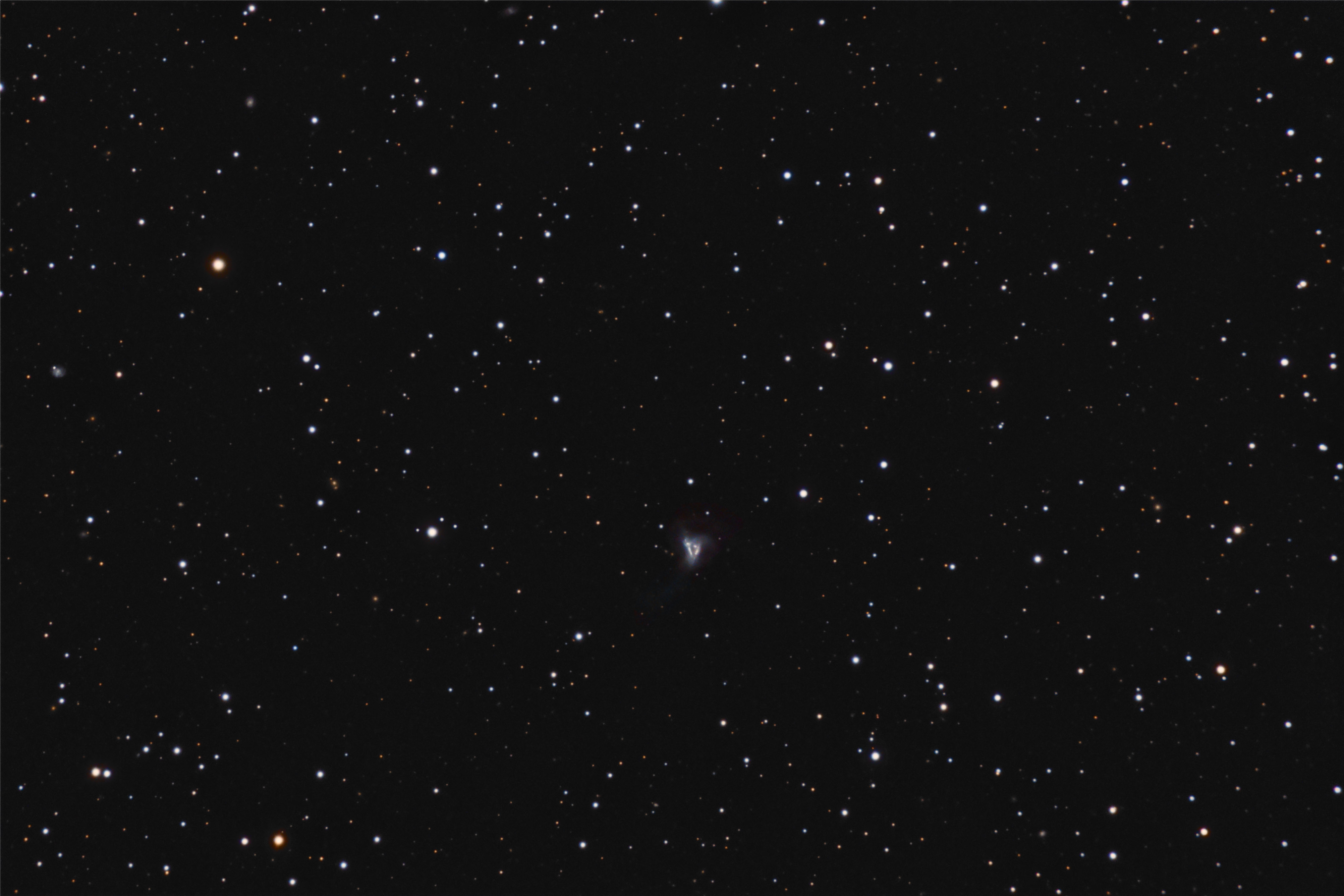