IC 2233/FGC 2233 is an edge on very flat galaxy in central Lynx about 40 light-years distant by Tully-Fisher measurements. Redshift, which isn\'t all that reliable this close says 32 million light-years. It appears to lack any central bulge. NED classifies it as SB(s)d: sp HII. I imagine the blue star clouds are where the HII emission is coming from. Seligman says SB(s)d?. While there\'s no obvious core what appears to be its core is to just below two star clouds near its center. If so the core is off center and \"below\" the center of the galaxy. It was discovered by Isaac Robers on March 25, 1894.

About 10 minutes east of the north end is the large elliptical galaxy MCG +08-15-055. It marks the core of the galaxy cluster SDSS-C4-DR3 3529 at a distance of 560 million light years. NED lists it as having 19 members but no diameter so I can\'t tell which galaxies are members and which aren\'t.

Oddly, while the image area is covered by the Sloan Digital Sky Survey only one galaxy in it has a redshift of over a billion light years. It likely is more because few redshifts of this field were determined than a lack of such galaxies. It is SDSS J081320.52+454534.5 a very red elliptical looking galaxy of magnitude 19.3 and with a redshift that puts it some 2.9 billion light-years away. To find it locate the blue star west (right) of IC 2233. Continue west an inch or two depending on monitor size to a trio of reddish galaxies in a flat triangle, the middle much bigger and brighter. It is the one that\'s 2.9 billion light-years away. No redshift is provided for its \"companions\". They are listed at magnitudes 20.7 and 21.2 left to right to give you an indication of the depth of the image. 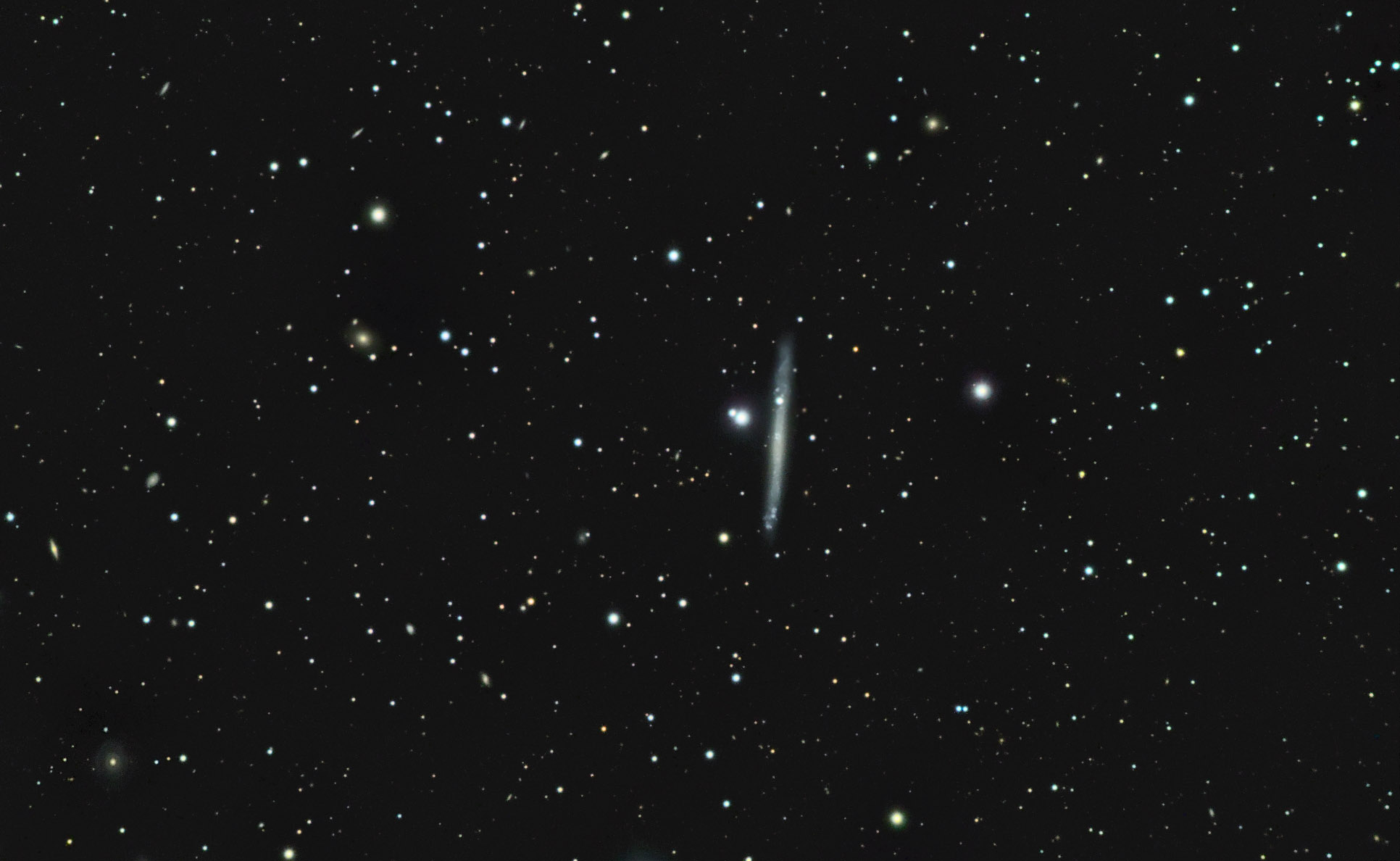 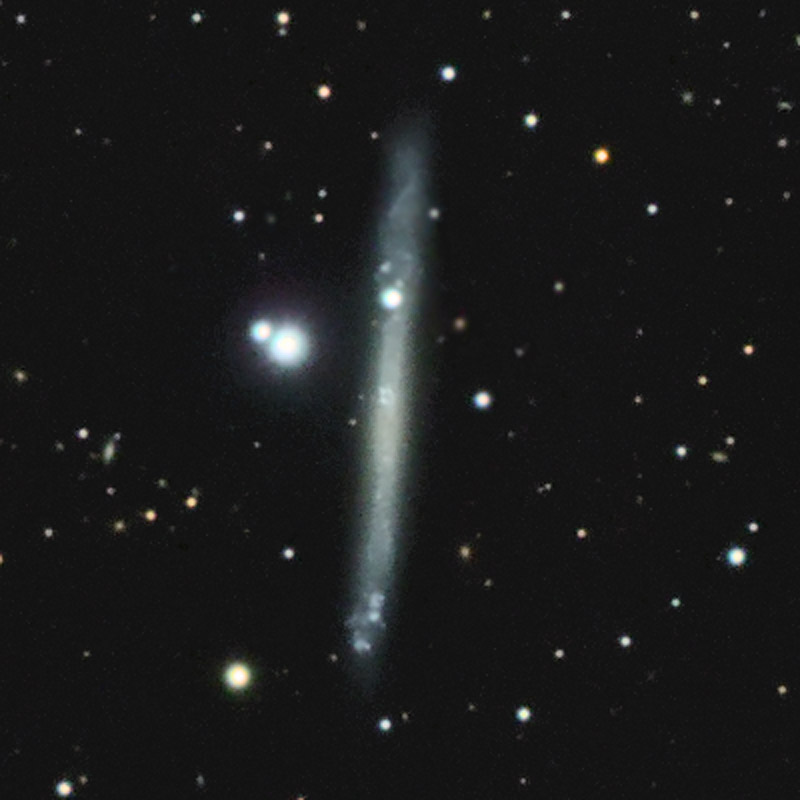