This field is in eastern Coma Berenices. Why I put it on the to-do list is lost. It\'s been on the list now over 10 years at a low priority. I finally got tired and those on the list for 10 or more years got their priorities bumped up so are sometimes taken now. But back then I was lax as to why I put something on the list. This one is a total mystery. Was it IC 4215 at 910 million light-years. It has a faint dust are in the core region that doesn\'t extend very far from the core. Though I seem to have picked up more of it than Sloan did. It is a rather red and dead spiral. It was discovered by Stephane Javelle on June 15, 1895. I measure it at just a bit under 100,000 light-years in size though Seligman siting a somewhat smaller angular size and putting it 10 million light-years closer says 85,000 light-years.

Or was it the two blue smudges of a galaxy? PGC 046189 and the very odd rectangular one at the top. NED considers the PGC galaxy part of the [TSK2008] 0803 galaxy group which it says as 4 members at 56 million light-years. Since the rectangle galaxy is also at about this distance I presume it is part of the group. It has an identity issue. The yellow blob at the south end is listed as a separate galaxy but its size is rectangular and extends about a third of the way up the blue rectangle. NED also lists the northern 2/3rds of the rectangle as another galaxy using the coordinates of a blue star cloud near the upper end but ignoring other clouds further north. So is it two galaxies? I can\'t see any indication it is in either my image nor the Sloan image. NED places the bottom part at only 14 million light-years while it puts the upper part at 57 million light-years. Assuming the entire blue rectangle is at 57 million light-years the galaxy is only about 15,700 light-years long and 3,500 light-years wide if we are seeing its full width. Or is it being seen edge on? Was this quandary why I put it on the list?

PGC 046159 is about 26,500 light-years long assuming it is 55 million light-years distant. There is one single non-redshift measurement that puts it at 70 million light-years but I\'ve found single such measurements unreliable. I much prefer when there are dozens and then I use an average or median distance as those usually are more accurate averaging out errors and uncertainties.

The field contains several candidate quasars. I think it likely most if not all are actually quasars but NED still needs more info to make that determination solid. I didn\'t include those I thought might fail to be quasars. NED lists those that do fail to make the cut as \"Failed Quasars\". None were on the list for this field.

There are no asteroids down to magnitude 21. I didn\'t realize this image went well below magnitude 23 or I\'d have searched deeper but nothing caught my eye in the original FITS luminance stack.

There are quite a few quasar candidates at 10 to 12 billion light-years. If right that is somewhat unusual as the very early universe doesn\'t seem to contain all that many quasars and to have this many in one small field I find surprising. Maybe it indicates the distances aren\'t right and these aren\'t quasars. I\'m sticking with most being real quasars.

For not having any idea why I imaged this field, I found it interesting after all. Now did I cover what drew me to it in the first place? 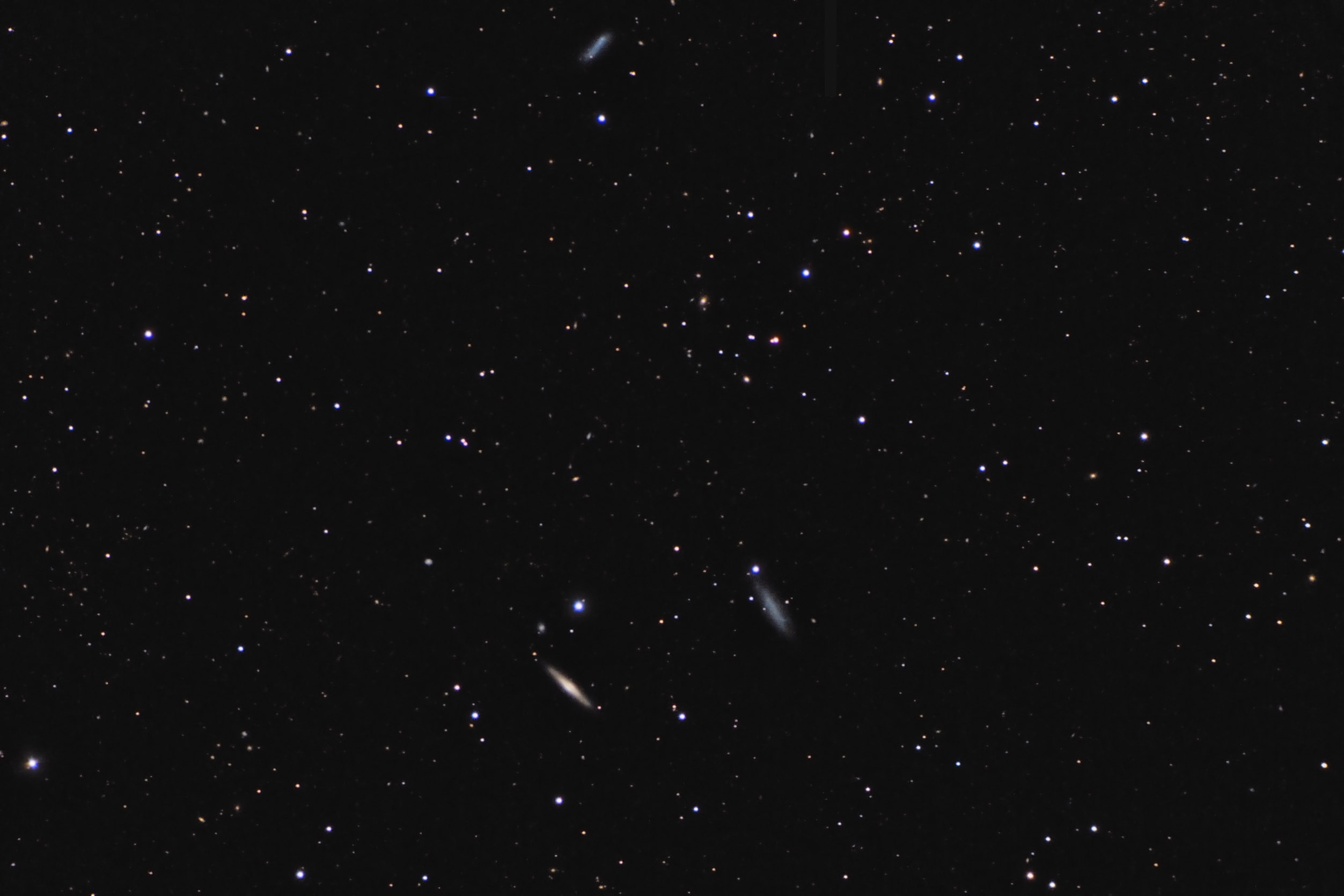 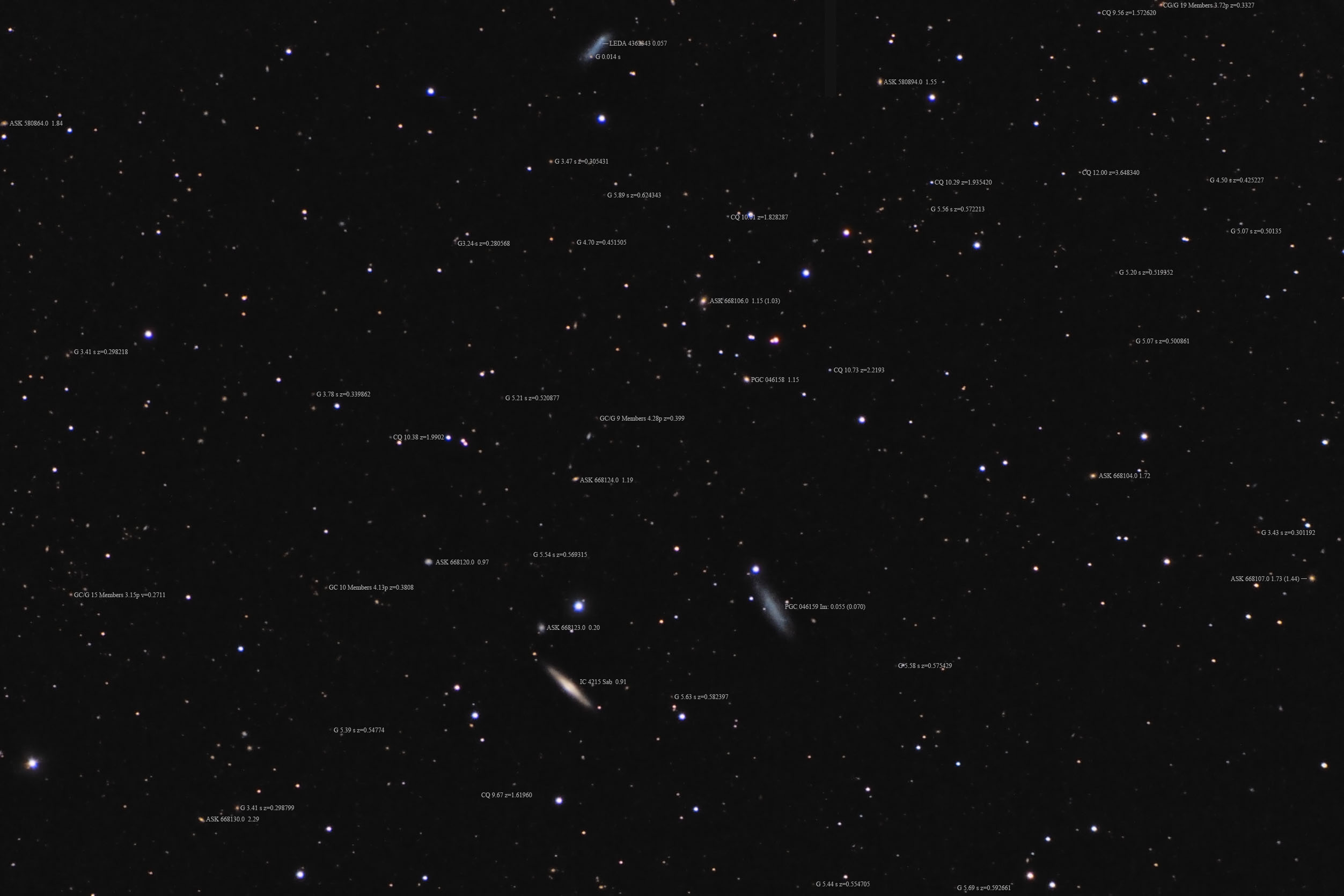 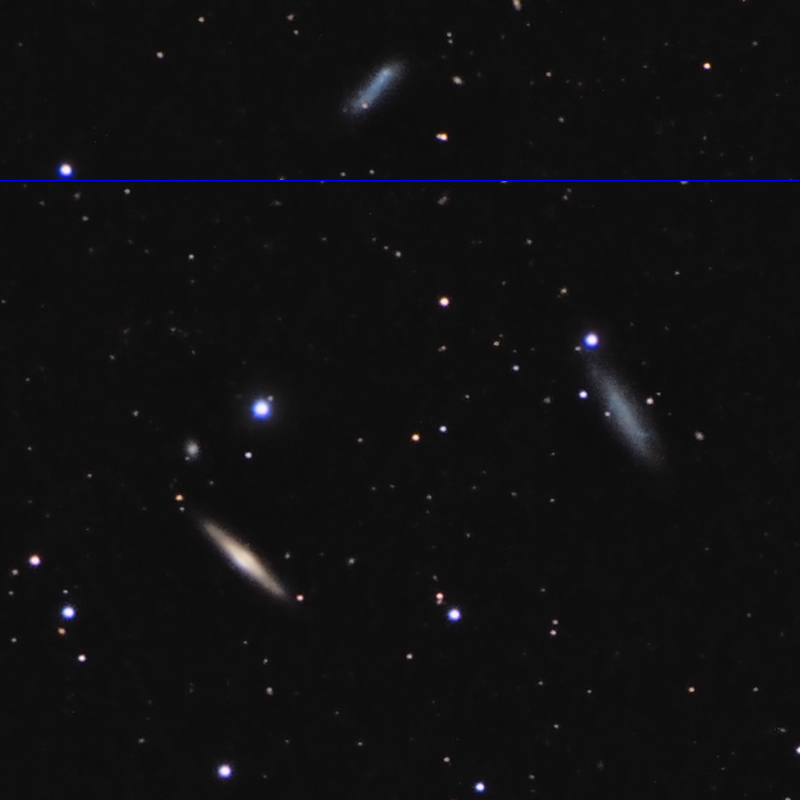