IC 4954 and IC 4955 are really small parts of one huge object. For the particular viewers out there IC 4954 consists of the two nebulas at the top with IC 4955 being the bottom one. Some sources consider the middle object to be either part of both or not part of either. But since they are all part of one star forming region that issue is rather moot. This star forming region has formed a huge star cluster. It is many times the size of my field of view. Some of the stars are illuminating dust and gas left over from their formation some 6 million years ago, thus illuminating these two nebulae. The entire cluster is known as Roslund 4 and is located some 6 to 8 thousand light years away. The exact distance is still rather uncertain.

The middle portion shows a sharp edge on the right side where several bright stars are seen. This edge is a shock front caused by the super bright light and strong solar winds of these stars hitting the remaining dust and forming them into a shock front of expanding dust and gas. Where these stars have blown away the dust and gas you see a huge swarm of background stars. These are stars of the Milky Way galaxy that lie far beyond this star forming region. Most of these are still hidden by the dust and gas allowing only foreground stars to be seen. The brilliant blue stars scattered about the image as well as some of the dimmer stars are members of the Roslund 4 cluster. It is located in the faint constellation Vulpecula (the fox). For those of you with hip waders, you can read more about it at:
http://www.iop.org/EJ/article/1538-3881/128/1/330/204077.text.html

The nebulae were discovered by Edward Barnard. Unfortunately, the date is unknown. 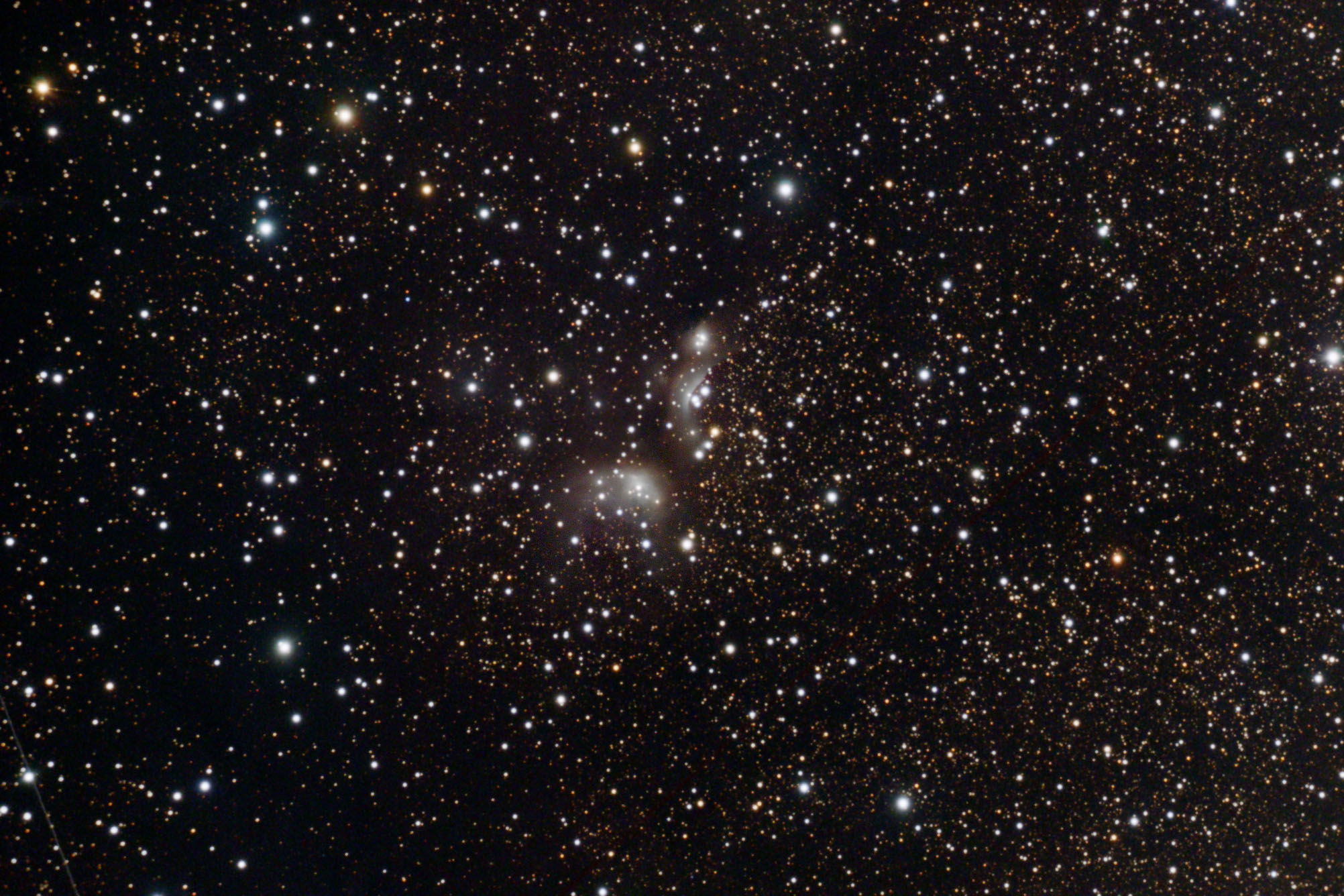