This comet has been an impossible target for me living in the woods and my nearly constant clouds. It is low in the east deep in my neighbor\'s trees. It doesn\'t rise out of them until well into dawn. So this was taken under constantly brightening skies dimmed by the morning mist rising from the lake. This didn\'t help with color at all. Blue was mostly lost to blue skies of the rising sun and scattering of the mist. With only 12 minutes of data per channel, it is data starved for such bright skies. Doesn\'t help that seeing was poor as was transparency thanks to the mist. As it is moving east almost as fast as the sun the situation isn\'t improving much. Nor is the weather. All frames binned 3x3 to get as good of signal to noise as I possibly could under the conditions so the image is at 1.5\" per pixel rather than my normal 1\". To try and balance the fast brightening skies I took the frames L-R-G-B repeated 6 times rather than all of one at a time as I normally do. The green color is due to C2 emission, not CN as some websites have claimed. It may be more enhanced than it should be as the dawn sky had a lot of red and blue but no green that I saw.

The image was taken about 6:30 a.m. CDT on October 7, the only clear morning I\'ve had without a moon sitting on top of the comet. 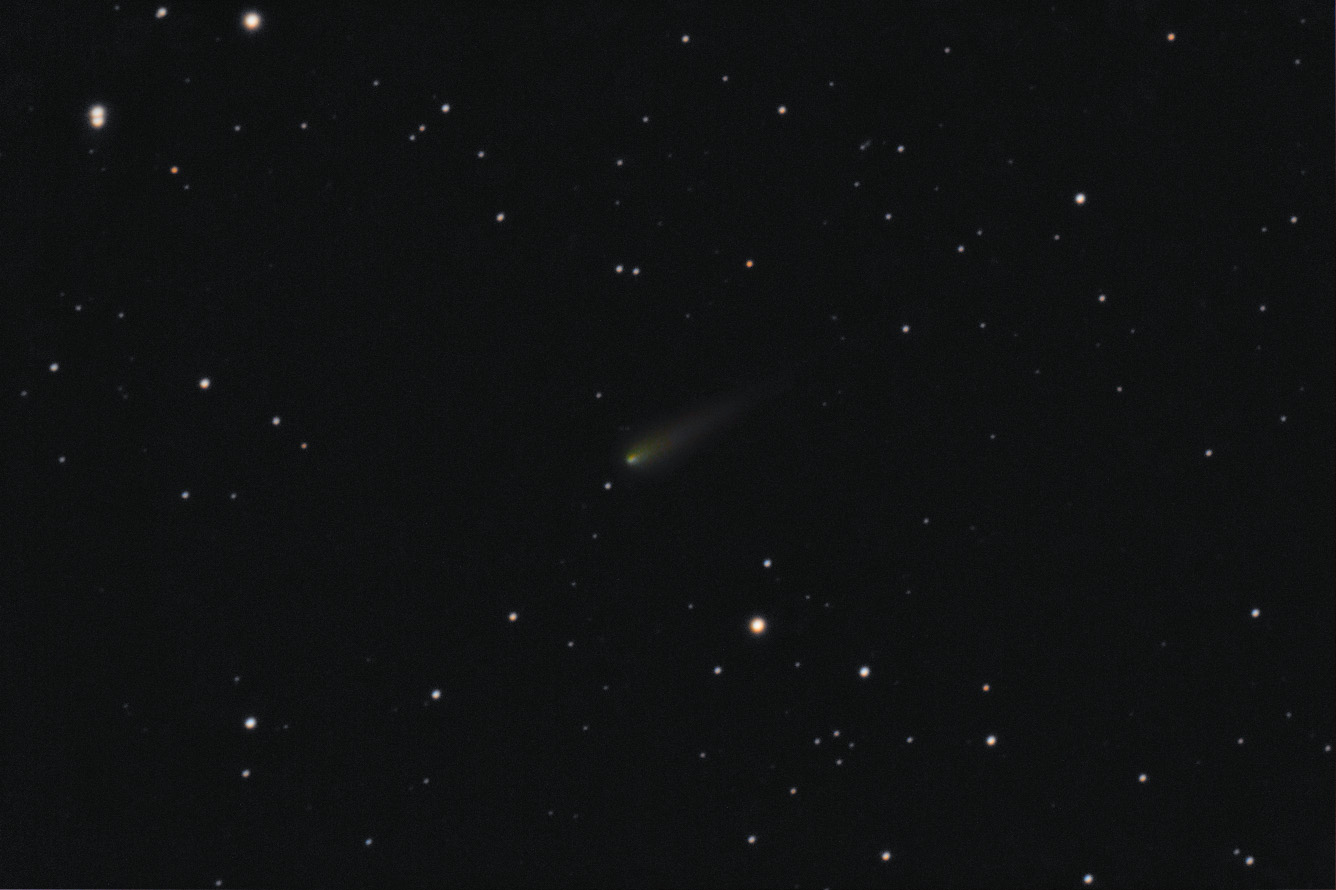