Kohoutek 1-14/K1-14 is an interesting planetary nebula in Hercules. Its central star is a double star with a separation of only 0.34\". The star is off center in the planetary and nearly hidden by a much brighter field star a bit over 2\" away. It is uncertain if the off-center central star is due to effects of the companion or due to the interstellar medium moving the nebula in relation to the star. Kohoutek cataloged this and other planetary nebulae in about 1963 from an examination of the Palomar Observatory Sky Survey plates taken with the 48\" Schmidt camera.

Seeing was rather poor when I took this image. I was unable to separate the central star from the much brighter field star. It just shows as a blue tinge on the southwestern side of the field star. I need to try again on a much better night. 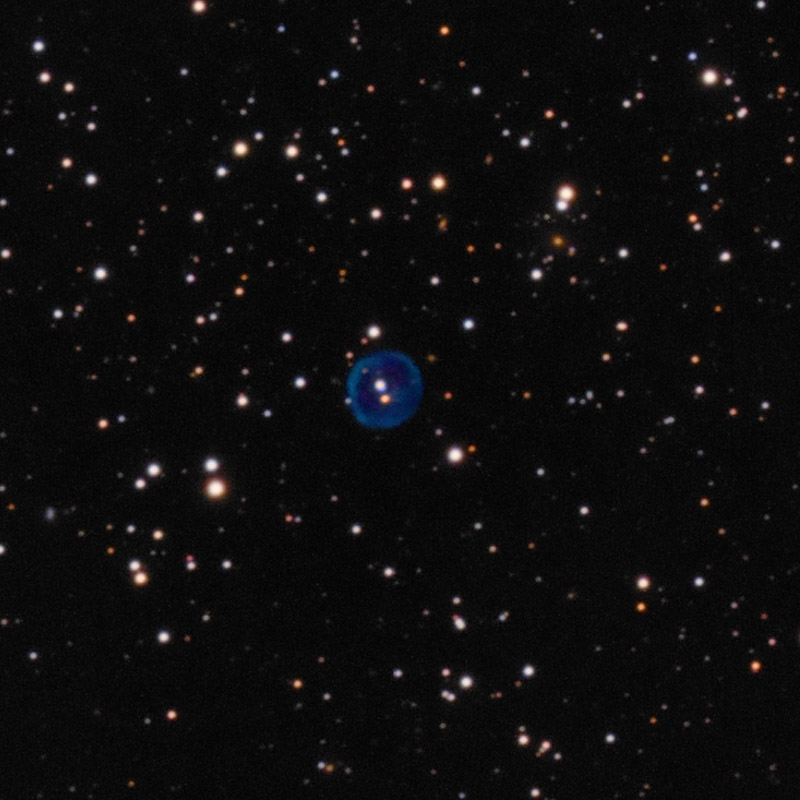 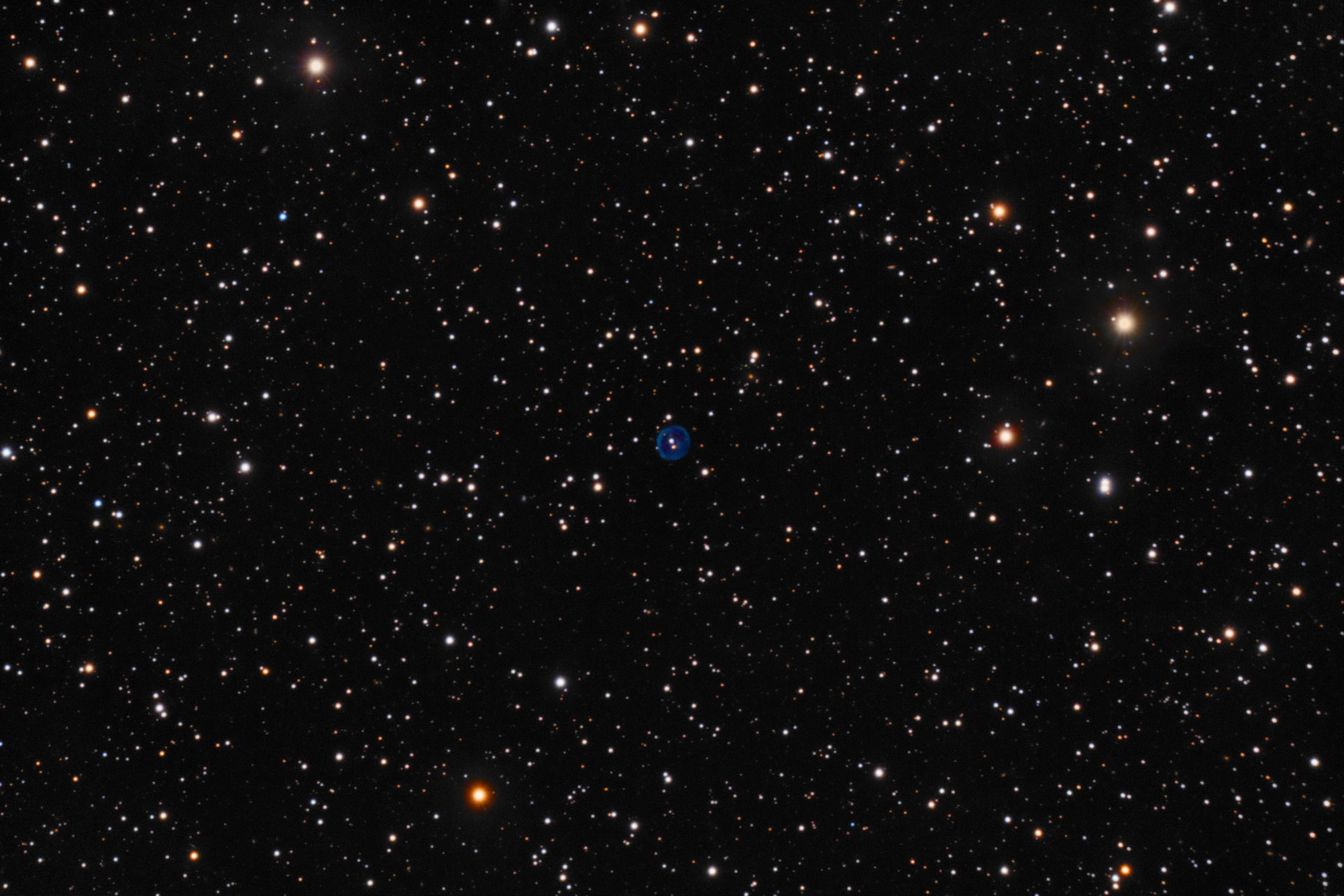