King 10 is an open cluster in southeastern Cepheus. The eastern border of Cepheus with Cassiopeia runs along the eastern edge of my image. WEBDA puts its distance at 11,000 light-years and its age as only 28 million years making it very young. Though the stars don\'t appear all that blue as would be expected at its age. This is because it is reddened by galactic dust by 1.14 magnitudes according to WEBDA.

I suspect the bright blue stars in the image are all much closer and out of the reddening dust. 5 of them to the southeast of the cluster make a gentle arc with the leftmost being the brightest. Now go back one star from the left end. There\'s a faint reflection nebula below and to the left of it. That is listed at SIMBAD as Saloranta GN J2256.0+5906. It was discovered during a survey looking for previously unknown open clusters. One of the authors is a J. Saloranta is you were wondering where that name came from. The survey was published in March of 2006.

No, I didn\'t realize it was there when I took the image. If I had of known I\'d have used a lot more exposure as it is barely above my noise level. It appears there\'s a large even fainter blue cloud running north and south through its position but I\'d need a lot more time to verify it. The paper can be found here https://www.aanda.org/articles/aa/pdf/2006/09/aa4057-05.pdf but doesn\'t mention the nebula other than to say some were found that need additional follow-up. I\'ve not found anything further but SIMBAD indicates this is where the nebula was first mentioned. Table 3 does list some of these but not this one.

Note that if you search SIMBAD for this nebula be sure to ask only for it. If you ask for things around it, it will return a not found or other error message depending on how it feels that day. You can do a coordinate search 22h 56m 04.3s +59d 06\' 10\" for it and things around it. 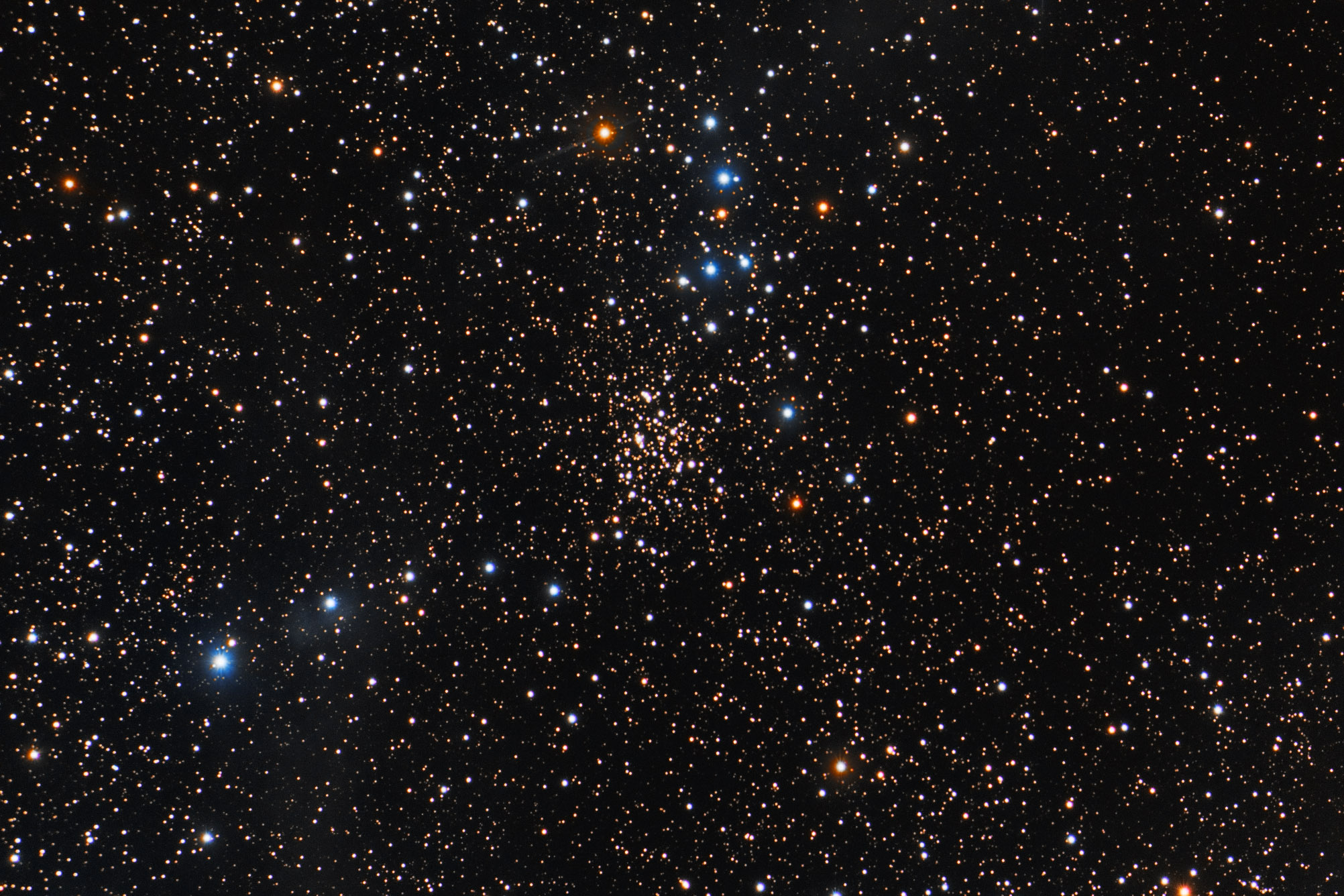