LBN 438 is located in the constellation of Lacerta. Normally dust in our galaxy is dark unless a bright star nearby lights it up much like the sun lights a cloud. Such clouds are called reflection nebula and are usually white or blue-white. Some, lit by very red stars such as those around Antares take on its orange-red color. LBN 438 is far from any illuminating star. It doesn\'t shine with reflected starlight nor does it shine from glowing gasses like most other nebulae. It is what is called an ERE or Extended Red Emission object. Just as some minerals will glow when hit by ultraviolet light some dust will do so when hit by ultraviolet starlight. But there are no such stars near it to do this. That is what really makes these rare but fascinating objects. They shine by the combined ultraviolet light of the stars in the arms of our Milky Way. They exist well above the Milky Way where they have a grand view of our barred spiral galaxy. This one is only apparently near the Milky Way. That is an illusion due to where we and it are located. Since these are caused to glow by the light of stars thousands of light years away they glow very very dimly and are just now being recognized for what they are. Unlike most objects I feature these can\'t be seen visually in a scope. Their red color falls where our eyes are rather insensitive and they are far fainter than we could ever hope to see, even in the largest of telescopes. I needed two nights of data just to get what I did of this guy and 4 or 5 more would have been a great help but some electronic part had other ideas. We have no real idea of their distance. Also while red, they are dust, not gas so emit no significant H-alpha light meaning there\'s no filter that can be used to help bring them out. Their emission is very broad, not narrow like Hydrogen H-alpha light is. For those with hip waders, you can read about the ERE process at:
http://arxiv.org/PS_cache/astro-ph/pdf/0309/0309674v1.pdf 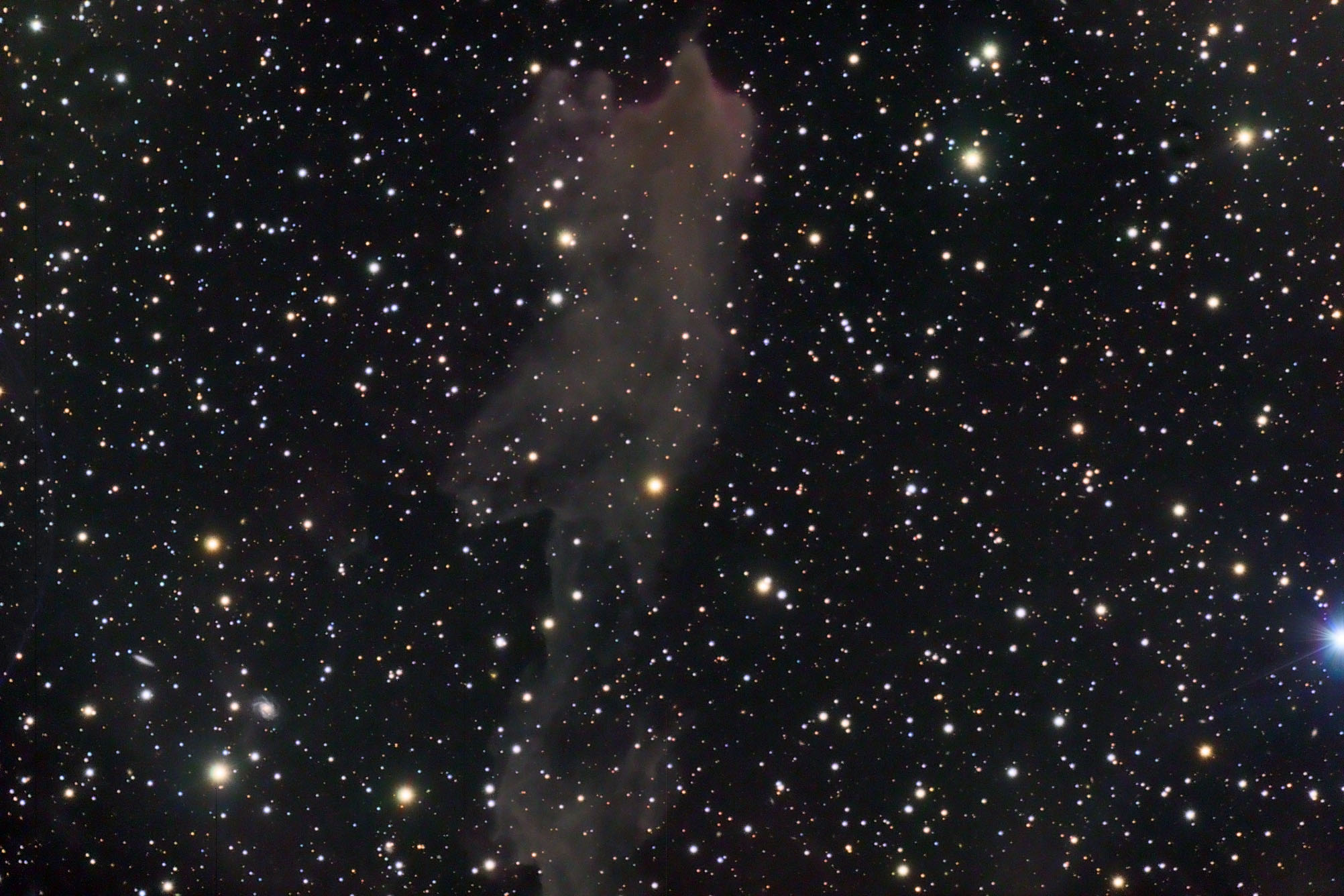