LBN 777 is one of those very faint dust nebulas that shine by ultraviolet light of the entire galaxy rather than a few super hot, nearby, newly formed stars in the case of an emission nebula. While M16 has long since been called the Eagle Nebula, I\'ve been hard-pressed to see a flying eagle when looking at it. this one sure looks like the head of an eagle to me. But it is too faint to see visually. But it makes for a very big eagle. Still, most see it as a vulture rather than an eagle, maybe because of M16 already having the Eagle name. Since that was taken most call it the Vulture Nebula. I still prefer Eagle Nebula.

I\'ve oriented the image with south up rather than my normal north up as it makes the eagle/vulture head more obvious. The red region behind the eye is Barnard 207 (some websites incorrectly call it Barnard 107. The \"eye\" is a real hole in the cloud. Between the eye and Barnard 207 is a red star with a shock wave coming from it. This is a typical M class dwarf star that just happened to run into the nebula. The shock wave is it plowing through the dust as its solar wind acts as a shield deflecting the dust around it. I couldn\'t find any distance estimate. The galaxy below its beak is CGCG 487-015 and is about 320 million light years distant. Far closer is asteroid 2001 MQ8, left of the beak. 2008UR205 is harder to find. Note the bright blue star below the \"eye\". Directly above it is a small slightly red star. Look just below this little red star for a short diagonal line going from upper left to lower right. The orbit of this one was pinned down only days before this image was taken. It is at magnitude 20.3 so nearly lost in the nebula. In fact what you see is only part of the trail, the rest got lost in my processing. 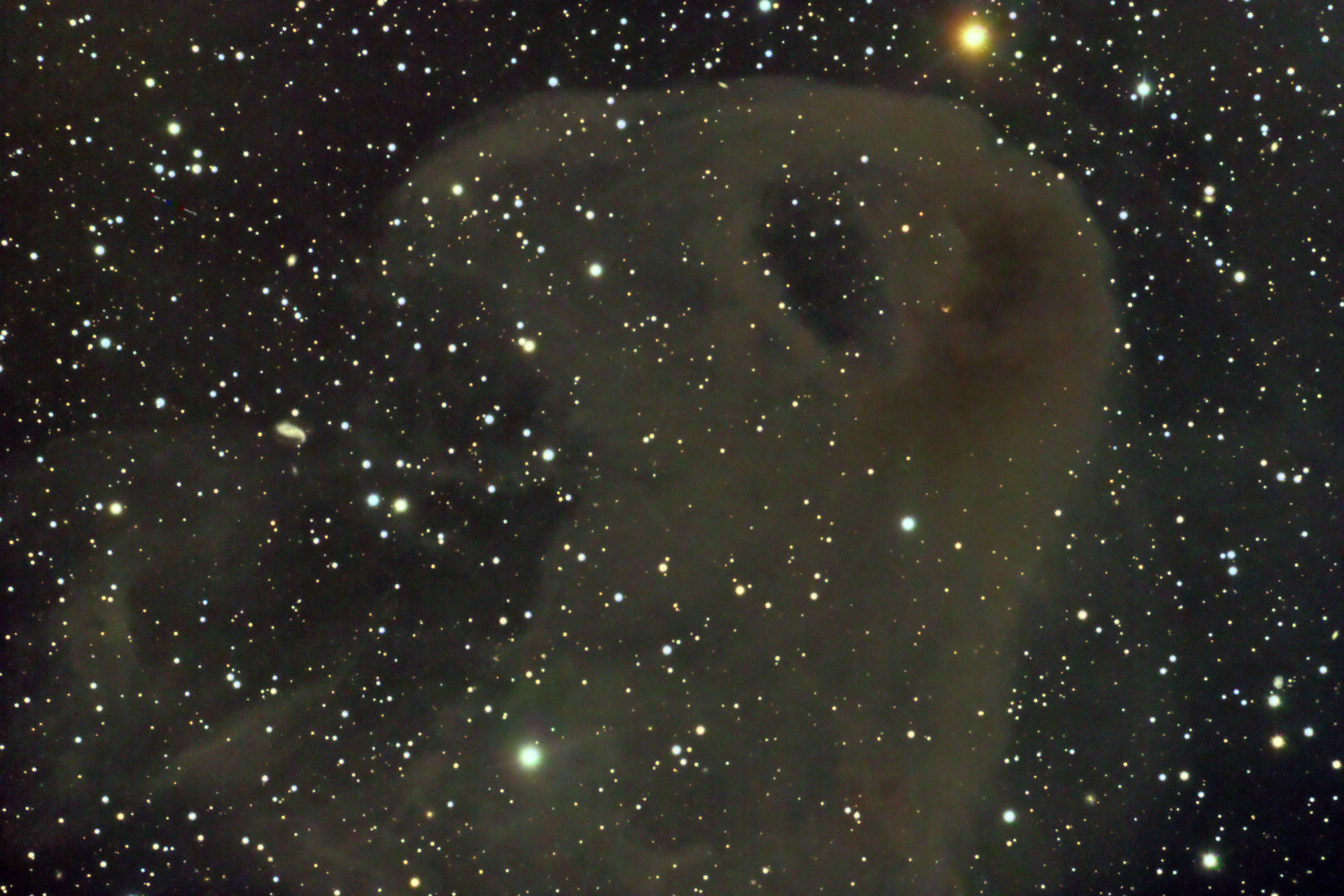