LDN 673 is a large complex of dark clouds in Aquila on the eastern edge of the dark rift in the Milky way that passes through the constellation. Unfortunately, transparency was putrid this night (I know I sound like a broken record) so the image is severely underexposed. Blue is compromised by moonlight so my color is suspect and likely too red in fainter regions. Another for the reshoot list for next year.

The nebula at the top right is the reflection nebula GN 19.18.0 and surrounds the YSO candidate (Young Stellar Object) 2MASS J19201949+1121544. I\'ve seen it called RNO 109 but SIMBAD puts that just out of my image to the upper right of the object. It might be the position is in error, I don\'t know why the discrepancy. Near the bottom on the right is the HH32 complex. It is around the V Orionis type star, V1352 Aql. SIMBAD also shows a T Tauri star only 0.25\" south identified as EM* AS 353A. The EM* indicates it is an emission line star. Are these two separate objects or two different catalog entries for the same object? They lie within the error bar for the positions of each. The first is listed as being of spectral type Cn indicating a carbon star while the latter is K2. Note the very red emission object to the west (right) of this possible pair of stars. The position given for these two stars is actually between the two stars in my image which are separated by about 2\" of arc, not 0.25\". Checking the magnitudes of the stars the K2 star has a blue magnitude of 13.5 and a V (green) magnitude of 12.5 so is slightly red. Carbon stars are normally very red yet the carbon star\'s B and V magnitudes are 11.5 and 12 respectively indicating a blue star! Now I\'m really confused.

The bright blue star on the lower right is 8th magnitude SAO 104730 an A0 star so some six times dimmer than a 6th magnitude star considered the limit of human vision from a dark skies site (probably conservative for an experienced observer but reasonable to the casual sky gazer with untrained night vision.

A bit right and just below the centerline a very blue star that stands out from all the red. It is the white dwarf star GD 218 at magnitude 16.

This is the last image for July. While conditions for this one were awful they were even worse the rest of the month. No more imaging was possible until August. 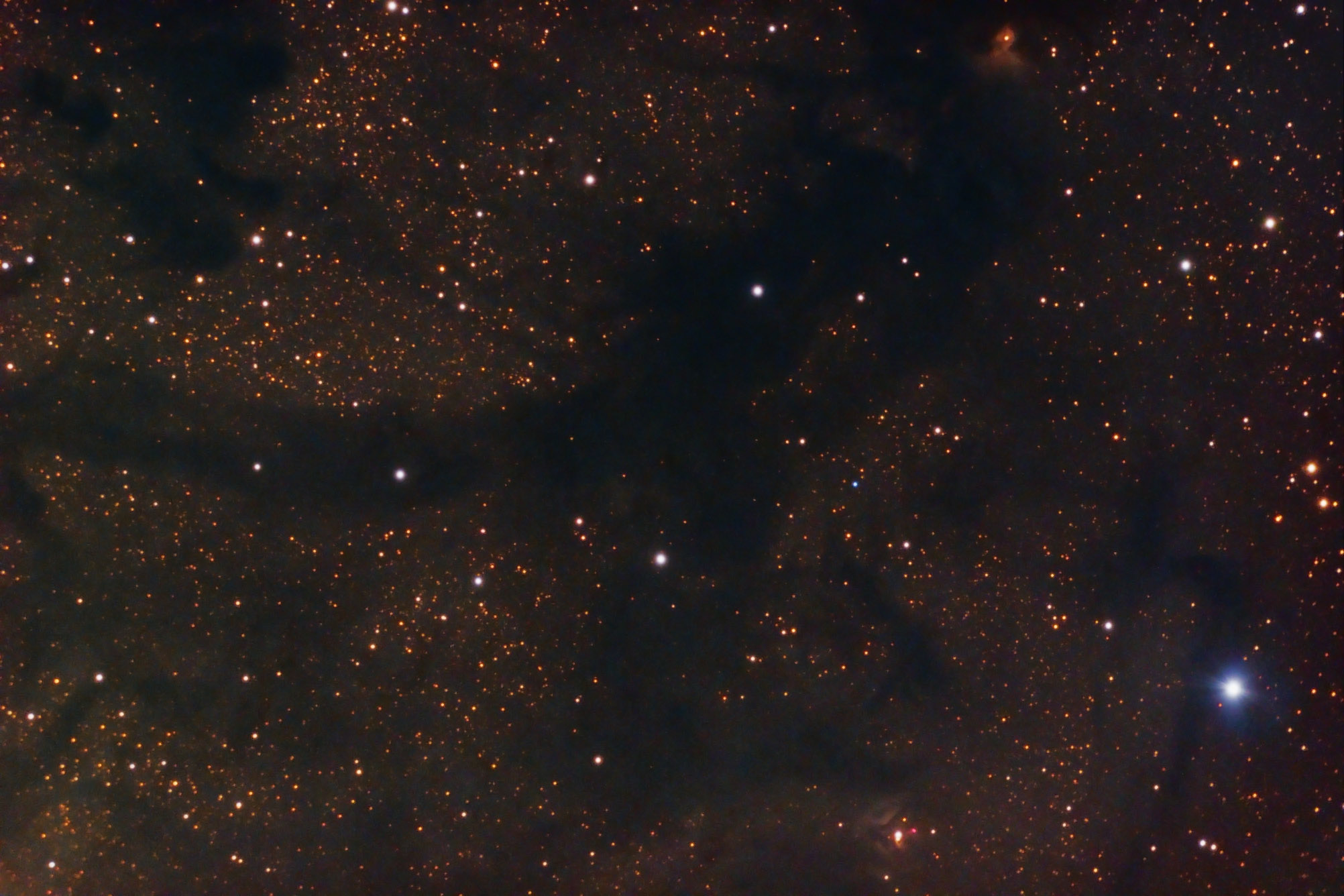