Sh2-197 is a very unusual entry in the Sharpless catalog of Nebula. The catalog was compiled in 1959 from the Palomar Observatory Sky Survey plates. #197 fooled Sharpless and nearly everyone else into thinking it was an emission nebula. In 1968 Paolo Maffei looking at IR sources discovered it was really a galaxy so obscured by dust it is only faintly visible in visible light. I see no hint of it in my blue filtered data, it is weak in green light and stronger in red though still quite weak. Sharpless can be excused for his error on account that such galaxies weren\'t even dreamed of at the time he compiled his catalog. Also its location, just below the Heart and Soul emission nebulae would strongly favor it being a bit of related nebulosity. Thanks to Maffei\'s discovery it is now known as Maffei 2. Maffei 1 I posted a while back is also incorrectly listed in the Sharpless catalog as Sh2-191.

WISE, the very deep IR survey satellite took a great image of the Heart and Soul Nebula that shows both Maffei 1 and 2 at the very bottom. http://www.nasa.gov/mission_pages/WISE/multimedia/wiseimage20100524.html Maffei 2 is seen at the very bottom just left of center. In the full size image it is seen to be a nice barred spiral with a drawn out arm. Likely it would have made Arp\'s list had it not been hidden from earthly eyes. To the right beyond a pair of \"blue\" stars is Maffei 1 which is very \"blue\" in the false color image. It has to be false color since all of the light is far too red for our eyes to see even if it could get through our atmosphere. The WISE image caption makes no mention of these galaxies which I find strange.

The two are thought to be about 10 million light-years distant and are in the constellation of Cassiopeia. Due to the highly variable obscuring dust and gas in our galaxy what visible light that gets through results in a very distorted image. In a comparison image I\'ve placed the WISE image at the same orientation and image scale to the right of my image. Some of the stars can be identified in both images which cover the same region of the sky. Some of the bright regions at either end of the bar can be identified in my image, especially the \"hook\" going up from the bottom of the bar. A hint of the drawn out arm is visible below the \"hook\" region. To see it at these wavelengths Wise was cooled to within a 8şK of absolute zero by a block of frozen hydrogen. The satellite was decommissioned after the last of the hydrogen was gone.

My fall weather last year (this fall is even worse) created havoc trying to get this image. I tried on many nights but only three were usable for the luminance channel and two for the color channels. Still I managed 12 luminance frames and 4 each for each color. I probably could have used more. Still I found amateur images up to 22 hours long that didn\'t show any more than mine does.

In processing I removed most of the nebulosity from the Heart and Soul Nebulae as they detracted greatly from even seeing Maffei 2. This is one tough object! 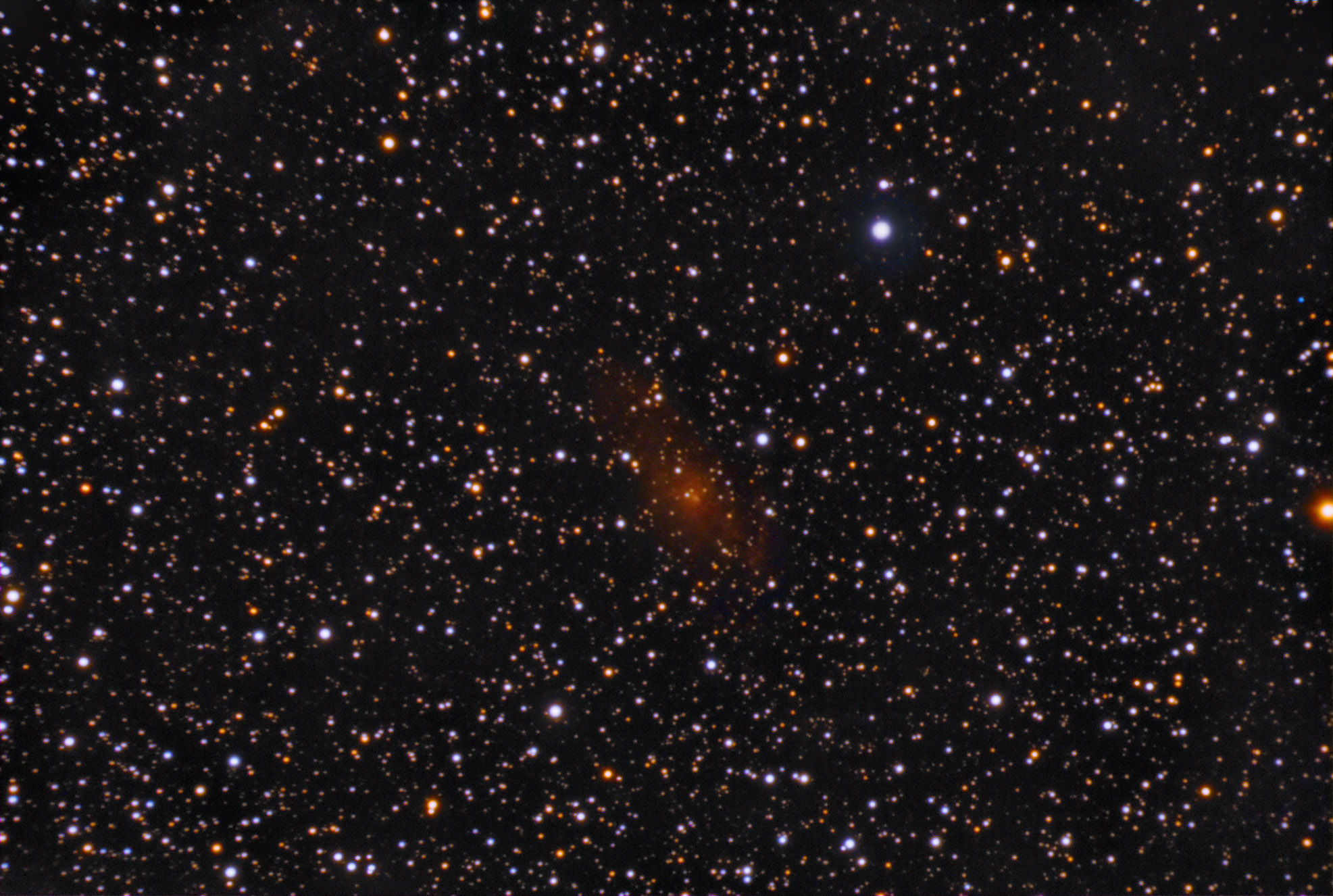 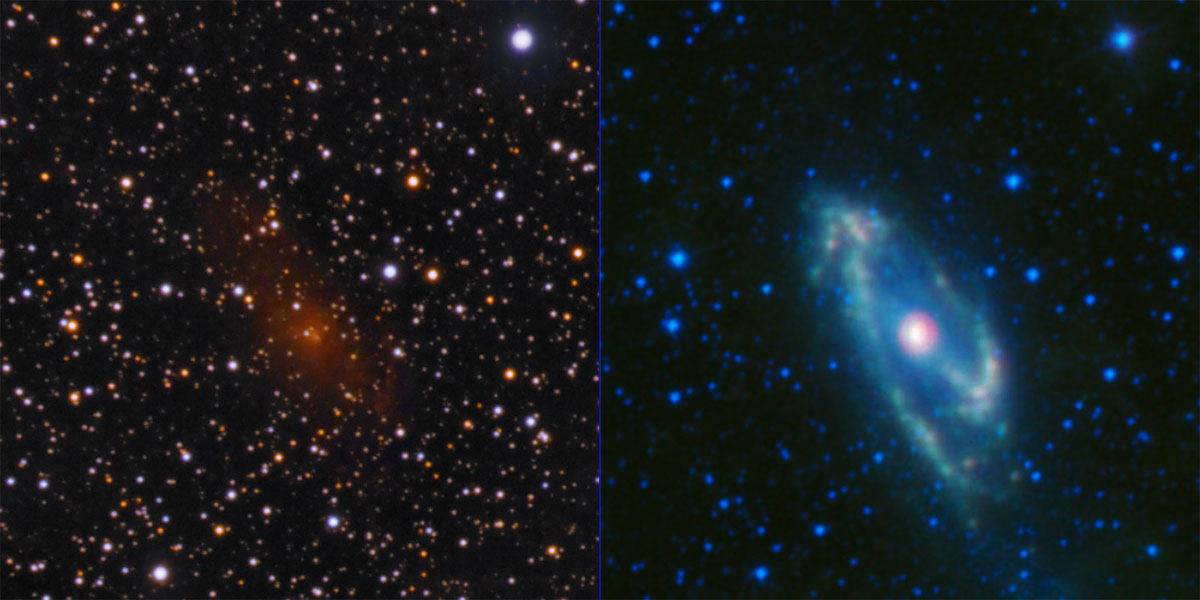