As you know I like obscure objects. You don\'t get much more obscure than this nebula. It isn\'t listed in either NED nor SIMBAD yet is quite a good nebula for imaging. It goes by several rather obscure names such as Magakian 13 and NS 2. It is also in the galactic nebula catalog of galactic nebula cataloged by all other galactic nebula catalogs under the designation GN 00.42.0. Oddly SIMBAD contains many entries from the GN catalog. Most are fainter than this one so why did they miss it? I\'ve seen it described as being a bipolar nebula but I\'m not seeing that in my image. The nebula is located in Cassiopeia about 1.4 degrees southeast of the far more famous NGC 281 PacMan nebula. In fact, it was a wide angle shot of the nebula I saw that first introduced me to this nebula. Being so nearly anonymous I wasn\'t able to find any distant estimate on it. Edit: SIMBAD has now picked it up under GN 00.42.00.02.

To further confuse the issue the Deep Sky Observer\'s Companion lists it under the name DG 4 which is in SIMBAD but at different coordinates over 1.5 degrees away. The POSS server shows nothing at the SIMBAD location for DG 4.

The area is apparently deeply obscured as no really identifiable galaxies are seen in the image. Though a few orange stars in the nebula are listed at NED as galaxies in the 2MASS catalog. At least that might be the case. The position error bar includes these objects but is centered on empty locations. Due to the uncertainty and lack of magnitudes or other clues I\'ve not prepared an annotated image.

One object in the image most sources do include is LDN 1299 which, while centered a bit below this object is listed as being 4.5\' across and thus includes this nebula. So for those wondering how to find it use LDN 1299. 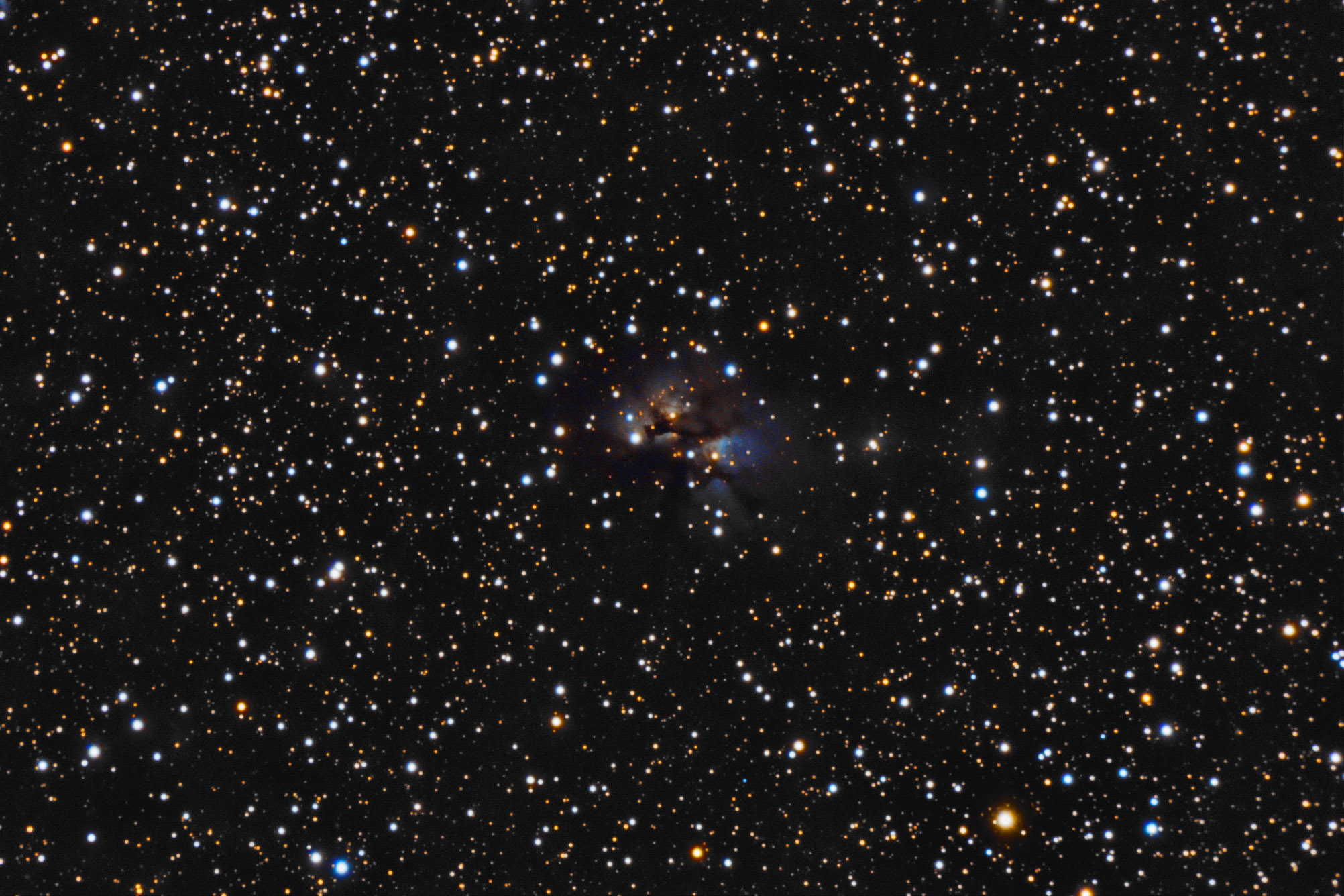