This is a rather newly discovered (2005) planetary nebula in Sagitta. I only learned of it a few months ago and put it on the top of the to-do list though it didn\'t seem like a target for my small system. I\'m breaking with my FIFO rule of processing (oldest processed first) with this post and processing newest first (LIFO for the accountants out there). It was taken on July 26, 2011. About the only clear, moonless night all July and so far in August. I\'m breaking my rule since yesterday the Hubble Space Telescope folks released their image of the object. They beat me to it as they imaged it July 2, 24 days ahead of me. They beat me on resolution too but considering I saved more than billions of dollars putting my system together I can live with that. Since they give an explanation of this object that covers about all that is known about it I\'ll save my fingers and give you the link:
http://hubblesite.org/images/news/release/2011-24

Their image used narrowband filters to pick up features I couldn\'t using only wideband filters. At 15,000 light-years, this one is a very distant planetary somewhat obscured by the dust and gas of our galaxy. Hubble\'s image is rotated 90 degrees clockwise from mine.

It is located near a dense region of our Milky Way so the field is full of stars which causes the image size to be quite large. No way I can compress the image to the size I normally do. So this one will take some time to load for you dial-up users out there. Sharp-eyed viewers may notice what appears to be a galaxy well east and a bit north of The Necklace. Neither NED nor SIMBAD show anything at this location. It is seen on the POSS plates however so is real. Likely it is a heavily obscured anonymous galaxy. If by chance anyone knows of this object please let me know (never happens but I keep asking anyway). 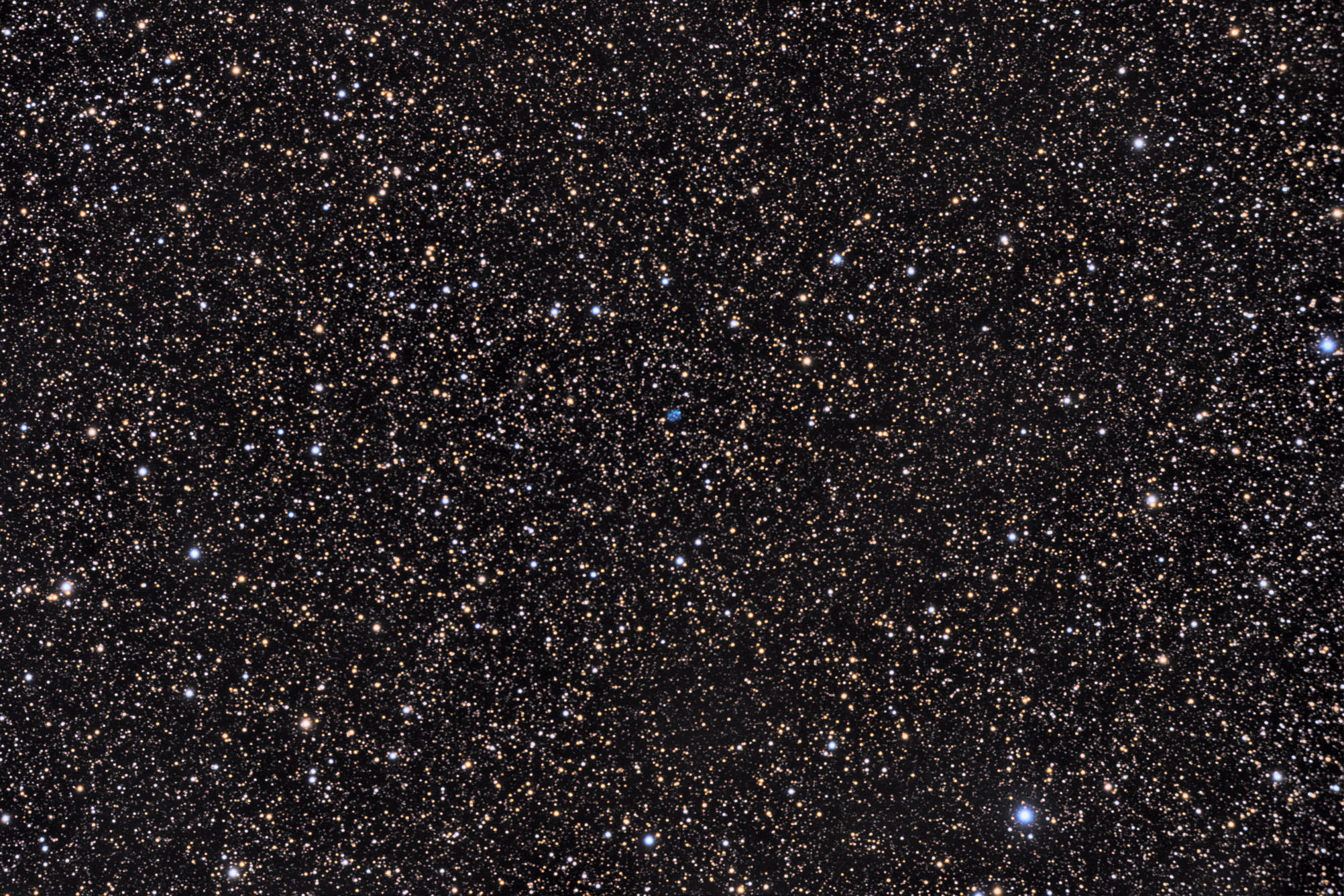 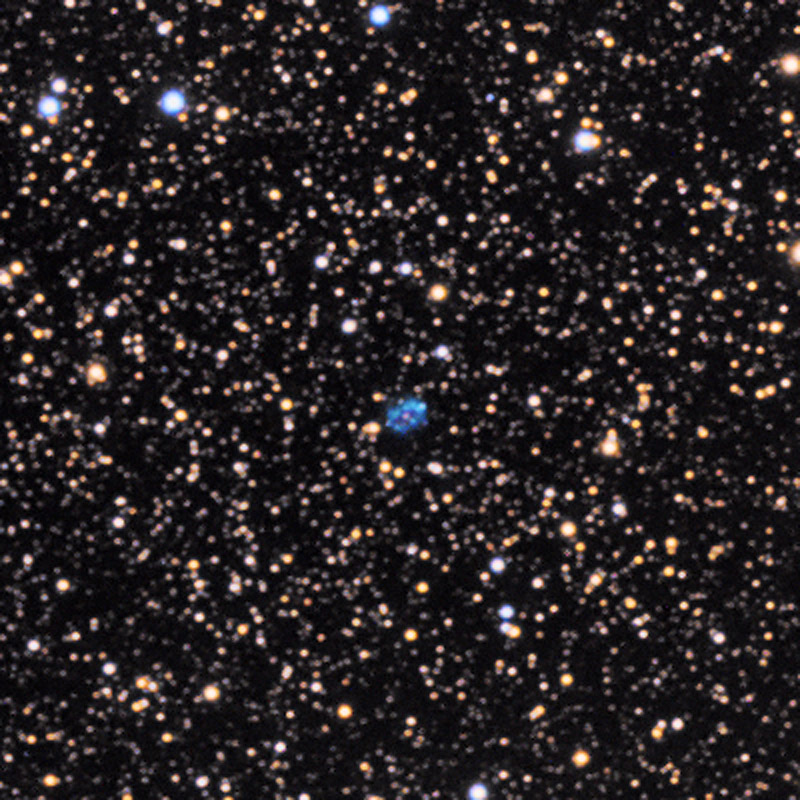