Some nova are \"Fast\", some \"Slow\". Fast nova usually brighten quite a bit more than slow ones. How bright they appear to us is a function of distance so a slow nova can be brighter than a fast one because it is closer. Fast nova reach maximum brightness in a day or two while slow ones can take much longer. Nova Delphinus 1967 was discovered at 6th magnitude by George Alcock (a famous comet hunter recently deceased) in early July of 1967. But didn\'t reach a maximum of magnitude 3.5 until December then faded slightly only to reach another maximum in May of 1968. It was still brighter than magnitude 6 when it disappeared into the sun at the end of 1968 but was fading below naked eye level when it reappeared in February 1969. That was the slowest nova I know of. See my image of Nova Delphini No. 4 for a shot of it. It didn\'t have a red hydrogen shell as seen in this and the Nova Delphini No. 4 novas.

This one is a typical slow nova -- so far. It has faded only from magnitude 9.4 to 10.1 in nearly a month\'s time. I\'ve not watched it closely due to the weather and not being here so don\'t know how smooth the light curve is. Usually, slow nova have a rough light curve with lots of ups and downs and often more than one \"maximum\". All fast nova I\'ve observed have shown a vivid pink hydrogen cloud after only a few days from maximum. Slow nova, however, don\'t always show such a cloud. Nova Delphinus 1967 certainly didn\'t. But most do and this one is no exception. Below are two photos, dates shown on the photo. While the nova hasn\'t faded all that much it now shows that vivid pink HII color showing it did emit a lot of hydrogen gas in the explosion. 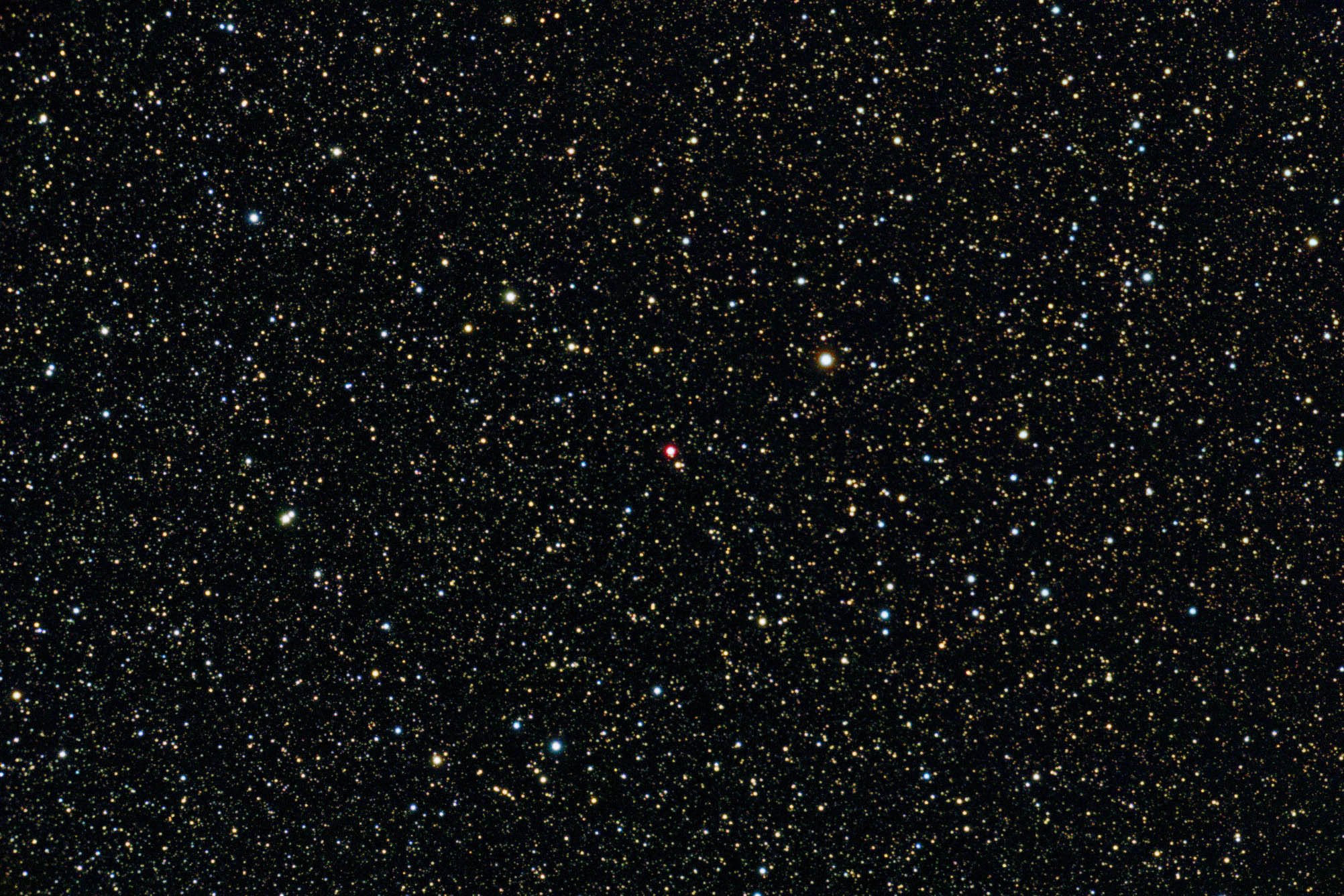