Palomar 11 (Pal 11) is located in Aquila about 47,000 light-years from us and 27,000 light-years from the center of the galaxy. It was discovered by George Abell in 1955 on the Palomar Observatory Sky Survey plates. It is rather bright with a magnitude of 9.8. Reports show it being seen in an 80mm refractor though another note says it was seen with direct vision only occasionally in a 6\" scope. One paper puts its age at 10.4 +/-0.5 billion years.

I suspect some of the more colorful stars across the globular are really foreground stars and not cluster members as the starfield is quite rich being in the edge of the Milky Way. Does make it look a bit more like a dense open cluster than a globular cluster.

There are a few galaxies in the image. Only one has redshift data. It is 2MFGC 15113 at 590 million light-years. It is on the left edge near the bottom. 2MFGC means it is in the 2 Micron Flat Galaxy Catalog so look for an edge on needle galaxy half off the image though the core is just on the edge. For some reason, I thought the flat galaxy was to the north so moved the globular down to catch it. Not sure how I managed to get my directions so messed up. 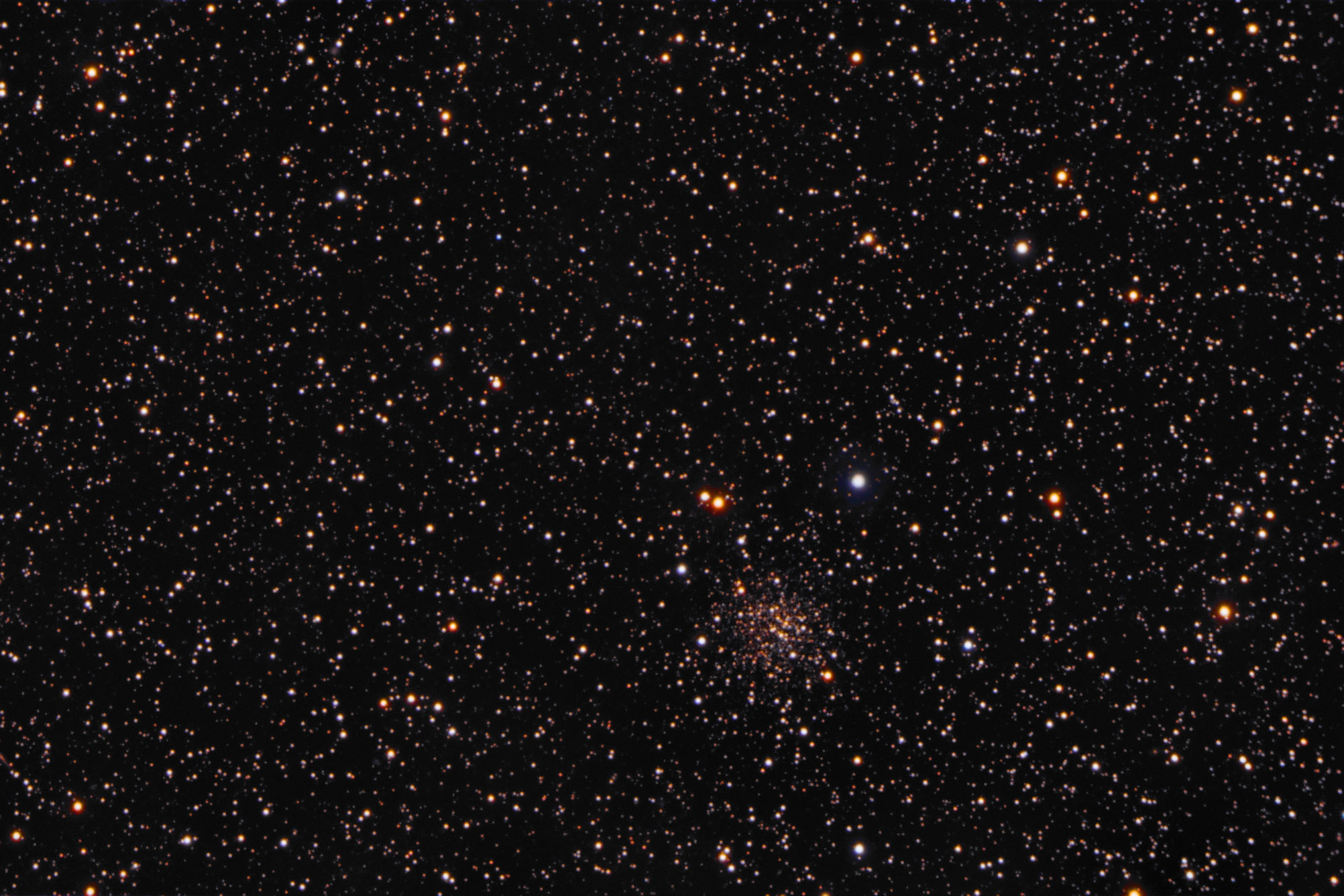 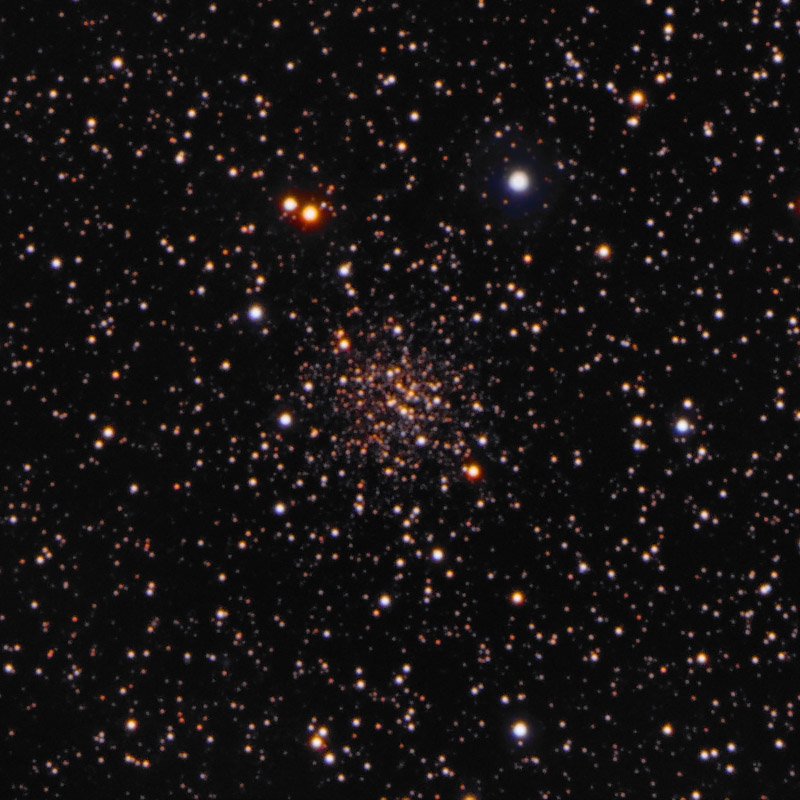