Palomar 14 (Pal 14) is probably the least well known globular cluster in Hercules. It is just over the border from Serpens Caput, in fact, the right 40% of the image is in Serpens Caput. The cluster is one of the most distant known in our galaxy being some 250,000 light-years away from us and 230 thousand light-years from the galaxy\'s center (I found other estimates that were slightly different). It was discovered by Sidney van den Bergh while searching the Palomar survey plates and confirmed by Halton Arp with the 200\" scope. This is why it is also known as AvdB.
http://adsabs.harvard.edu/abs/1960PASP...72...48A

The cluster may have two one degree long tidal tails. At least this is what one paper claims. This leads to the possibility it might have belonged to a small galaxy the Milky Way digested many billions of years ago. The cluster is considered to be about 3 billion years younger than most in our galaxy. The two may be related.
http://arxiv.org/abs/1010.6303

There are reports of it being seen in a 20\" dob as a soft round glow at magnitude 14.7 which seems rather bright to me. It certainly isn\'t much to look at in my image. It is very sparse containing a mass of only about 6000 solar masses. More the size of a rich open cluster than globular. The estimates are likely low as it is hard to determine at its vast distance. Consider these a lower limit.

It is also known as Arp 1. In fact, if you use SIMBAD and enter Arp 1 you will get this globular rather than the galaxy Arp 1. Enter Arp 01 and you get the galaxy. This has confused more than one amateur trying to hunt down the galaxy or globular. NED, on the other hand, returns the galaxy and doesn\'t even know the globular exists. Not surprising as it is mostly an extragalactic database.

A few galaxies and galaxy clusters that are in my field have redshift data so I did prepare a rather sparse annotated image. 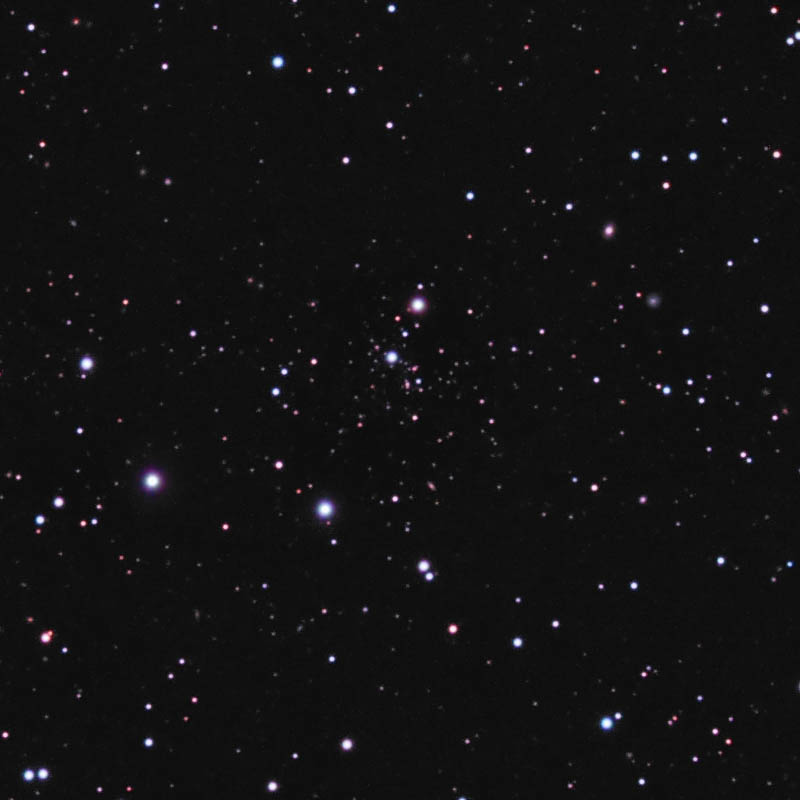 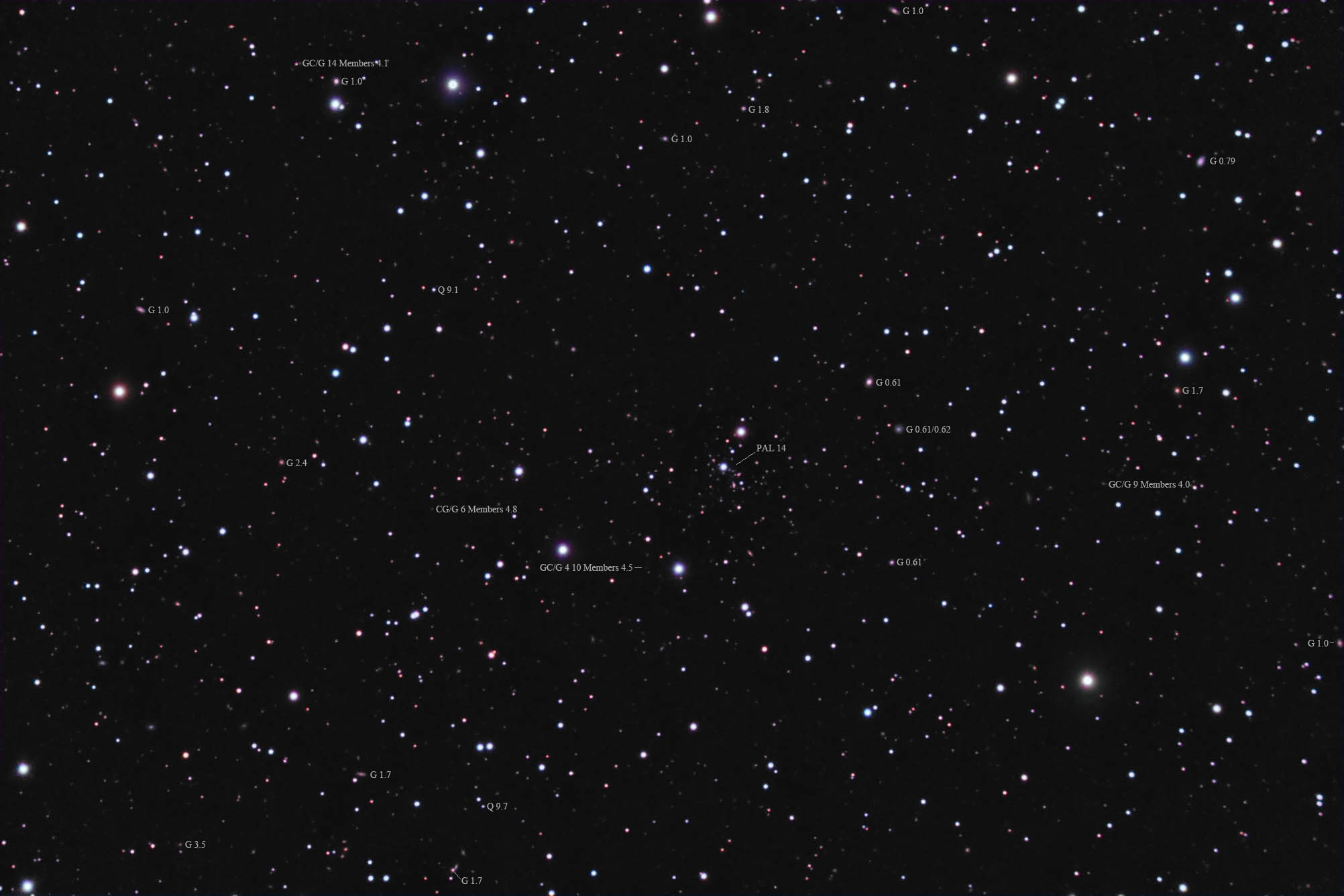 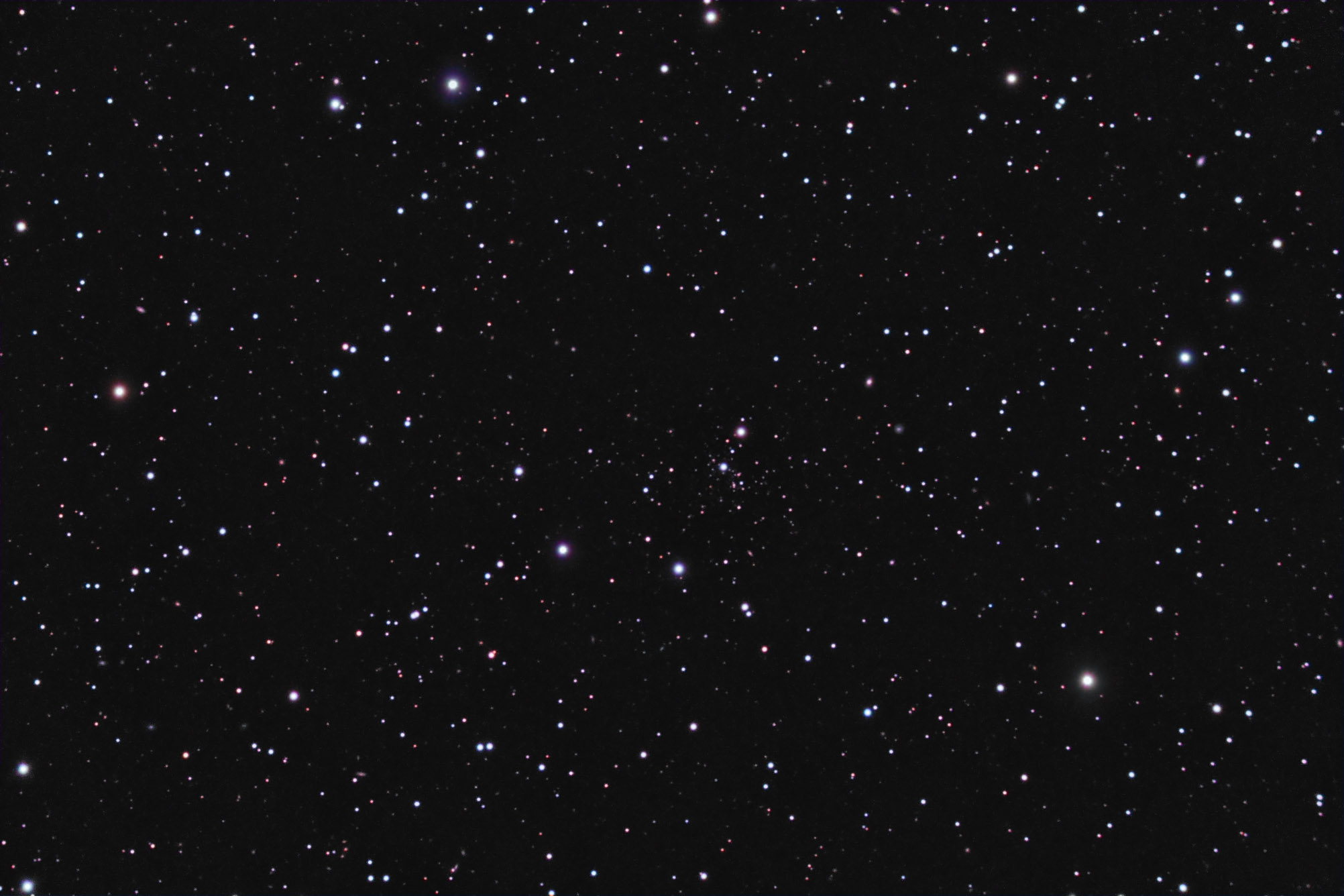