Palomar 15 was cataloged by many as a galaxy. The Karachentseva Isolated Galaxy Catalogue says of it; \"Resolved dwarf system. ...bright nucleus and diffuse halo.\" It is also listed by the UGC, PGC, MCG and CGCG catalogs as a galaxy. UGC also calls it a dwarf system. But it is a globular cluster in Ophiuchus where many of our galaxy\'s globular clusters reside. It is about 145,000 light-years distant on the far side of our galaxy, 125,000 light-years from the center. So it suffers quite a bit of extinction making it even dimmer than it already is. While listed at 14.2 magnitude it is extremely difficult in an 18\" scope and hardly better in larger ones. Sources vary as to the discoverer. It was discovered in 1959. Some sources credit George Abell, others Fred Zwicky. It has the largest diameter core of any known globular but is of such low density it obviously has never been near the galaxy\'s core or it would have been completely ripped apart in one pass. You can read more about it at: http://articles.adsabs.harvard.edu/full/1990AJ.....99..229S

Only a handful of the galaxies in the image are listed at NED and none with redshift data so I\'ve not prepared an annotated image. There\'s an asteroid in the image, Renaldowebb, near the west edge (right). It is at an estimated 18.3 magnitude. The naming citation reads: \"(21674) Renaldowebb = 1999 RG18 Renaldo Michael Webb (b. 1988) was awarded second place in the 2006 Intel International Science and Engineering Fair for his physics project. He attends the Louisiana School for Mathematics, Science, and the Arts, Natchitoches, Louisiana, U.S.A.\" 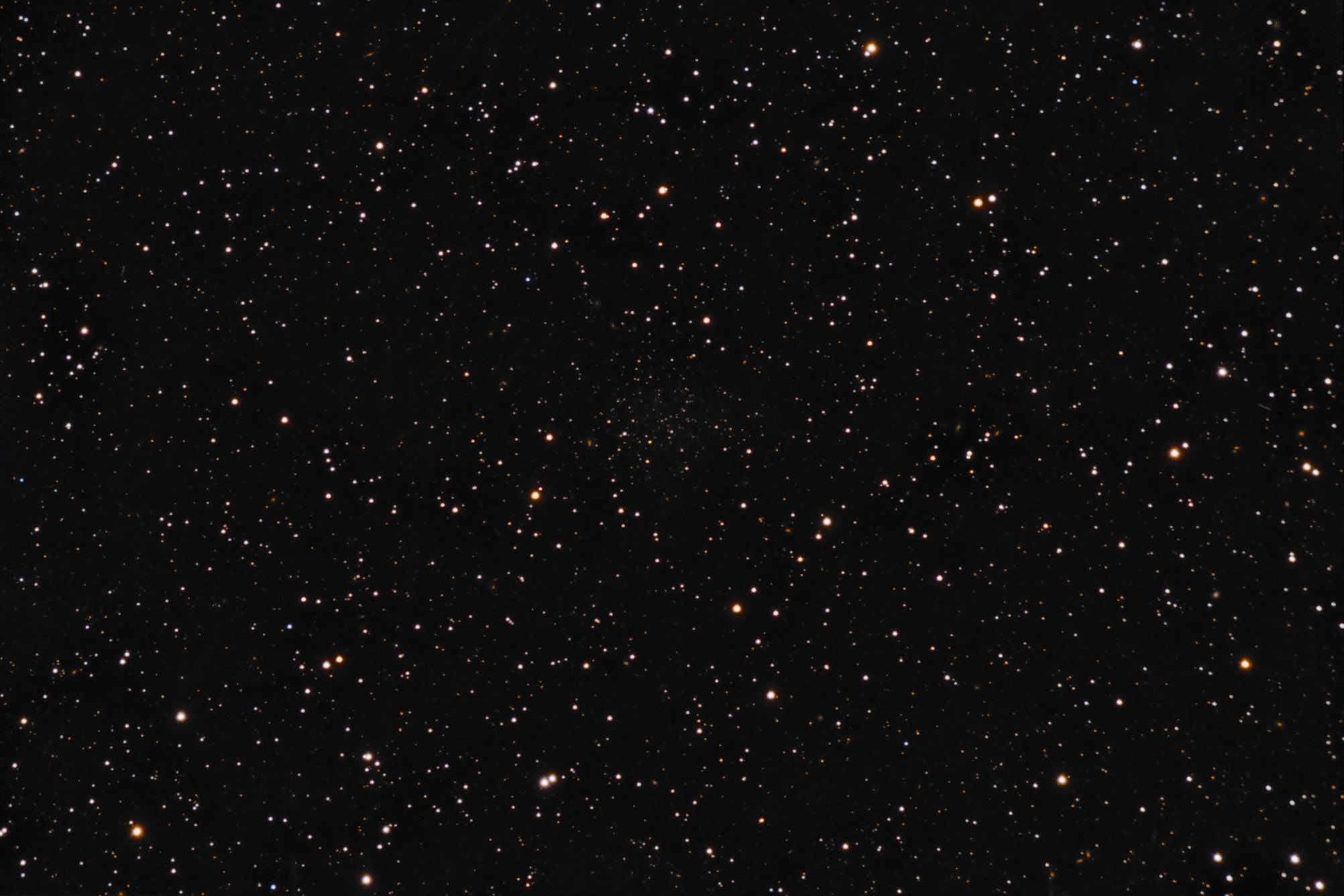 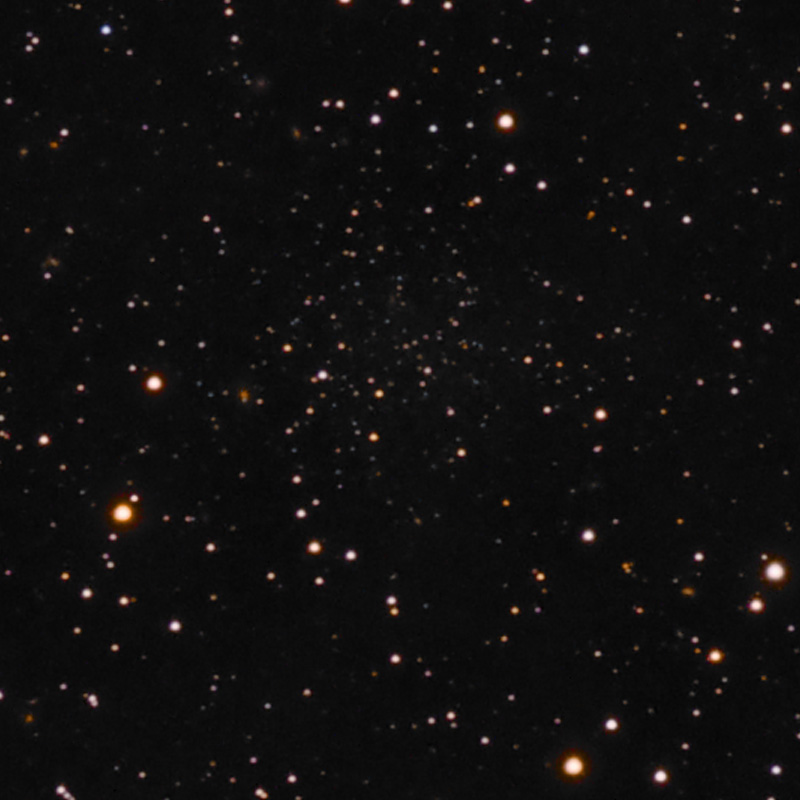