Palomar 3 was discovered by A.G. Wilson in 1955, he called it the Sextans Globular Cluster. George Abell then cataloged it as Palomar 3 along with Palomar 4, 5 and 13 the same year. But others, unaware of its true nature thought it a nearby dwarf elliptical or spherical galaxy probably in the local group. That resulted in it being named Sextans C (Sextans A and B are real dwarf galaxies still on my to-do list). It doesn\'t help that it is only 4 degrees from the Sextans Dwarf Spheroidal which is a satellite of our galaxy discovered long before in 1900 even though it is so faint I can\'t see it on the Palomar plates so haven\'t tried imaging it. The two are only about 30,000 light-years apart. The Sextans Dwarf Spheroidal is so close it covers more than my field of view. While close to each other they have very different radial velocities indicating they are not related. According to NED Palomar 3 is still listed as a galaxy in the CGCG, MGC, UZC and a couple other catalogs. The UGC lists it as a galaxy, UGC 5439, and as a globular, UGC 5439 ID according to NED.

The annotated image contains quite a few very faint and distant galaxies. There are several galaxy clusters shown in NED but only the anchoring big cluster galaxy of each is seen in my image in most cases. I\'ve indicated the galaxy count as shown by NED even though most don\'t seem to show in my image. If the distance to the cluster and related galaxy are different the cluster\'s distance is shown first. As usual, all distances are in billions of light years which results in a lot of zeros for nearby Palomar 3. A \"p\" after the distance indicates it is a photometric determination of distance. Labels for Galaxies, Quasars, Galaxy Clusters and Ultraviolet Excess Sources are placed just to the right of the object when possible. Otherwise, a line will point from the label to the object. Nearby galaxies are listed by catalog name, those cataloged only by location are simply labeled as to the type of object. A question mark labels one galaxy I happened to notice that wasn\'t in NED at all. They miss some, usually blue ones though not in this case. Some distant galaxies are so faint you may need to enlarge the image several times to even see them. All that NED had redshift data for are listed using NED\'s 5 year WMAP light travel time distance calculator.

Light travel time distance is the distance the light traveled to reach us. The object was closer when the light was emitted but during the billions of years it took to get here the universe\'s expansion forced the light to travel a greater distance. \"Now\" the object is even further away. In cases of those objects over about 9 or 10 billion light-years distant by light travel time they are likely so distant they are moving away \"now\" faster than the speed of light so light they emit today will never reach us. Though since they are quasars they are likely dormant by now so no longer visible in any case. 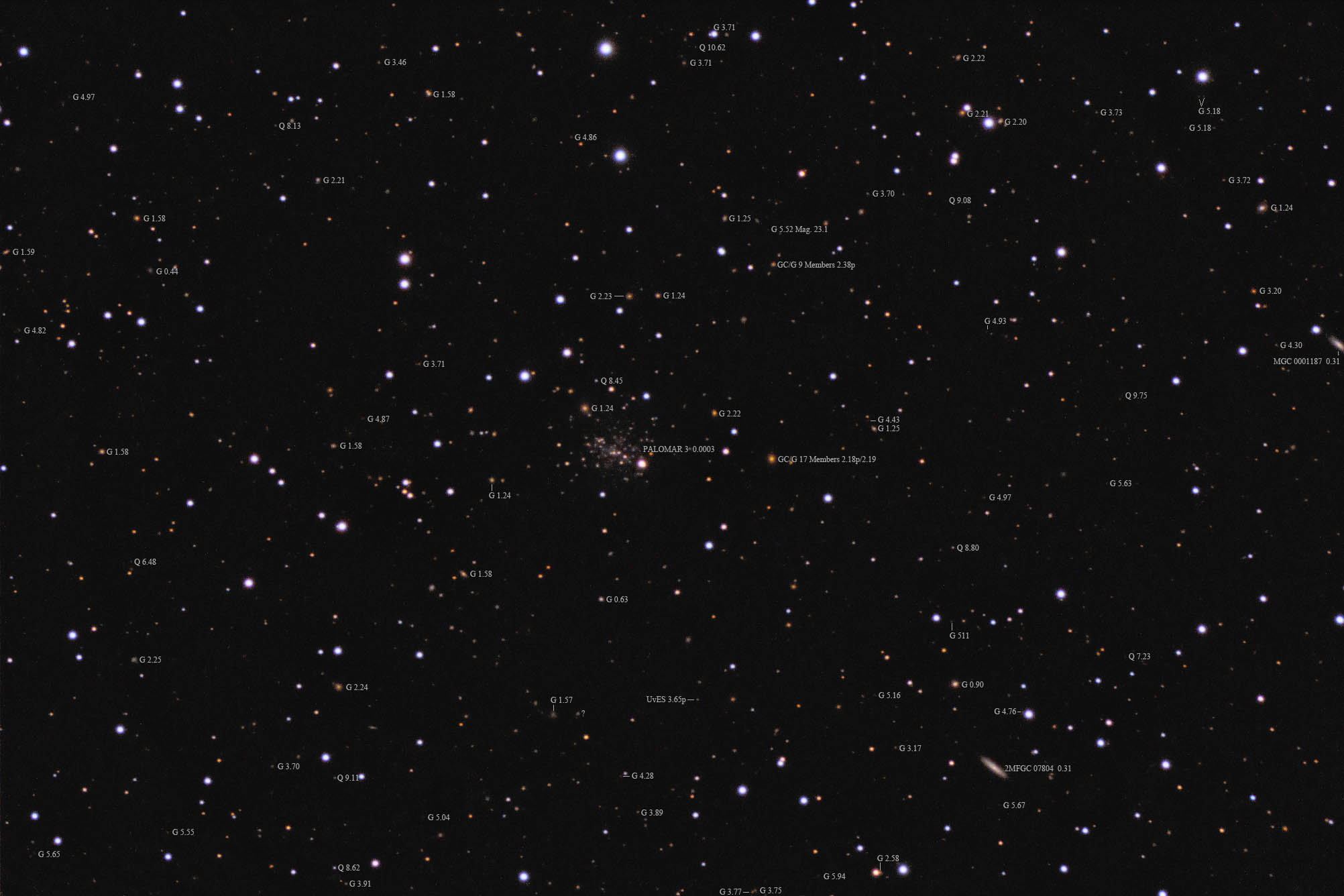 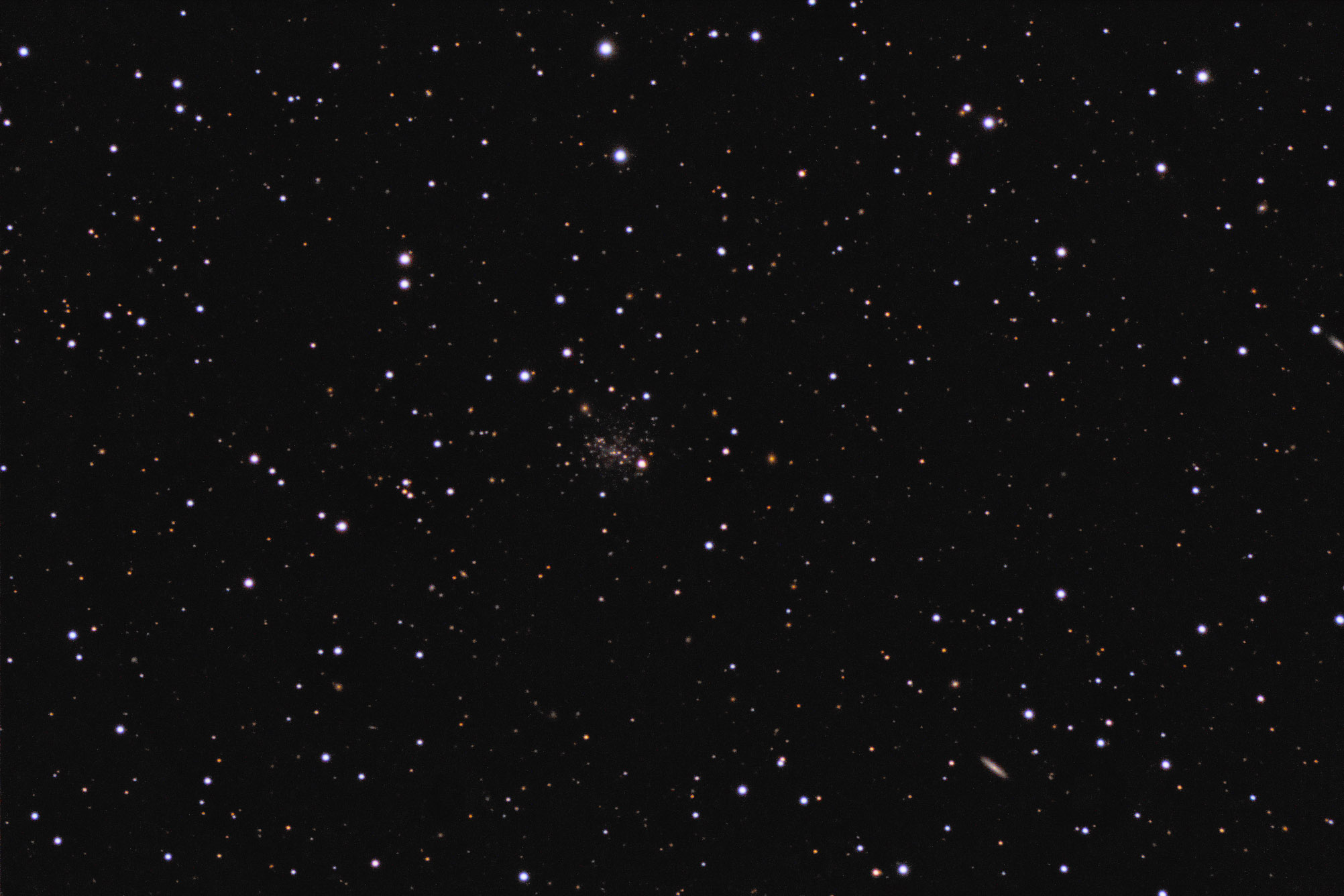