Palomar 5 is located about 61,000 light-years from earth and 75,000 light-years from the center of our galaxy. We see it in the constellation of Serpens Caput. Palomar 5 was discovered twice. First in 1950 by Walter Baade then in 1955 by A.G. Wilson. Wilson gave it the rather useless name of the Serpens Globular Cluster as if it was the only such cluster in the constellation, the others are all larger, brighter and with more stars including M5 only 2 degrees to the north. Maybe Serpens Least Globular Cluster would be a better name. Still, it was named Serpens Dwarf by some who thought it a dwarf galaxy rather than a globular cluster. The UGC says \"Resolved dwarf -- Very uncertain diameter values\". The CGCG and MCG also list it as a galaxy.

It has been discovered that our galaxy is shredding the globular creating a long tidal stream on either side of the cluster that contains far more stars than are left in the cluster. This explains its weak structure. You can read about this at: https://arxiv.org/pdf/astro-ph/0209555v1.pdf

Color data is a bit weak as I was only able to get one round before clouds moved in. Located on the celestial equator I needed a better than average night to get more which never happened then I forgot about it until I processed the image.

Thanks to the excellent seeing (for my location) this night I was able to go rather deep even under the somewhat hazy conditions. The annotated image shows some really faint on odd objects. One, on the east side of Palomar 5 has two listings in NED. One as a quasar and another as AbLS which stands for Absorption Line System. The Red Shift of the quasar is z=3.749290 while the AbLS has a z of 3.030000 putting it some 480 million light-years closer. My interpretation of this is that there is an object, dust and gas cloud for instance) that lies between us and the quasar adding its absorption lines to the spectrum of the quasar. The combined light is green in the Sloan survey image due to it mapping blue to green and Uv -- likely lost to the dust cloud -- mapped to blue but with none, the object turned green in the SDSS pseudo color image.

One quasar at 7.91 billion light-years had its redshift determined from a single spectral line. This only works if you are absolutely certain what that one line is.

There are quite a few galaxies in the upper part of the image a bit left of center at about 1.5 billion light-years. They are likely member of Abell 2050, a galaxy cluster about 18 minutes across (nearly the height of my image) centered a couple minutes of arc above my image and a bit left of center.

I found 20 quasars or likely quasars (UvES) in this small field. The most of any field I have imaged as best I can recall. A dozen more are just beyond the borders of the image. Arp made a big deal about quasars being ejected from nearby galaxies but none of his examples had more than a half dozen quasars in a similar area. Apparently nearly washed up globulars eject far more or else his theory is seriously flawed. I vote for the latter. One of those quasars lies at a measured z value of over 3 though NED notes this is uncertain. How uncertain they don\'t say. 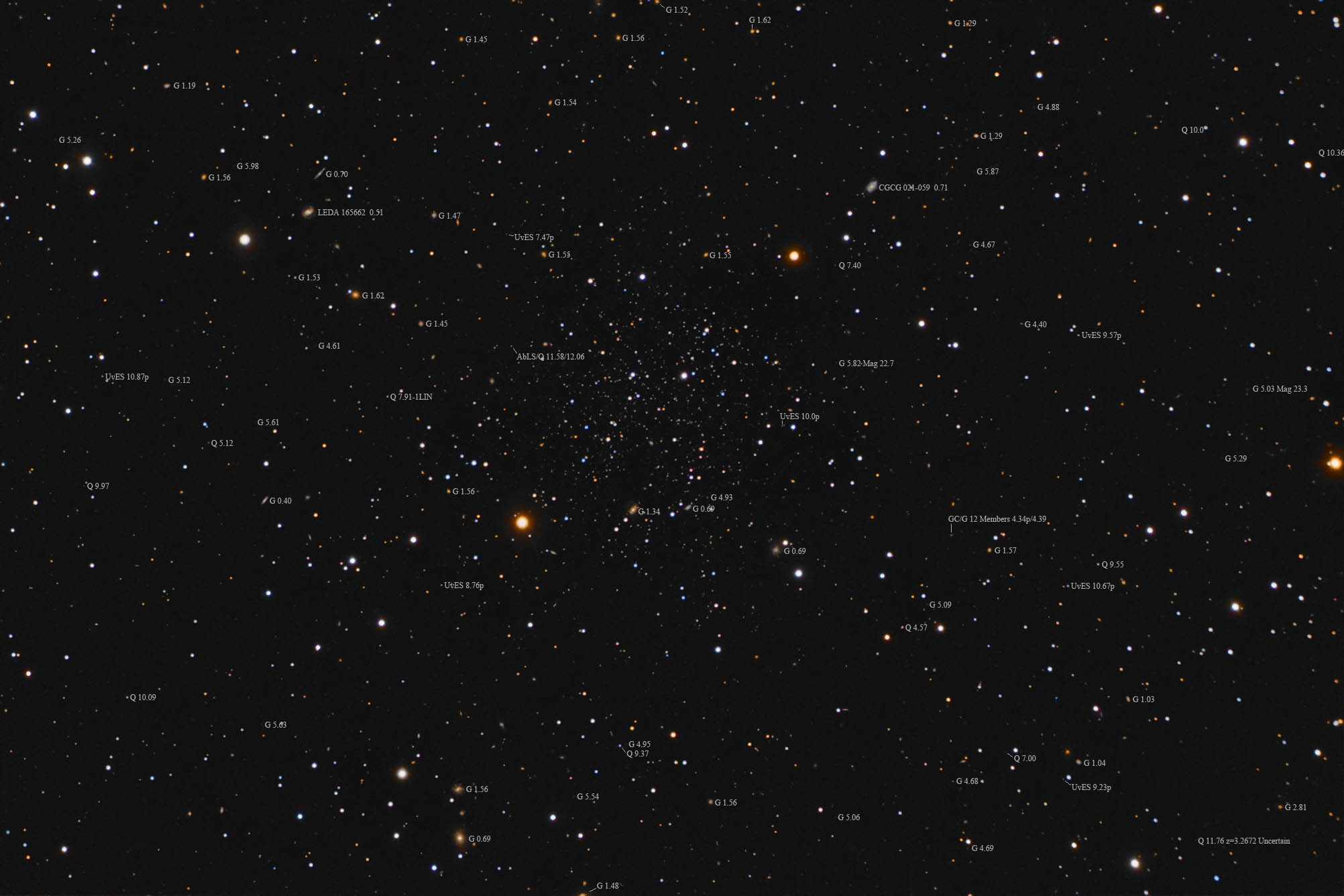 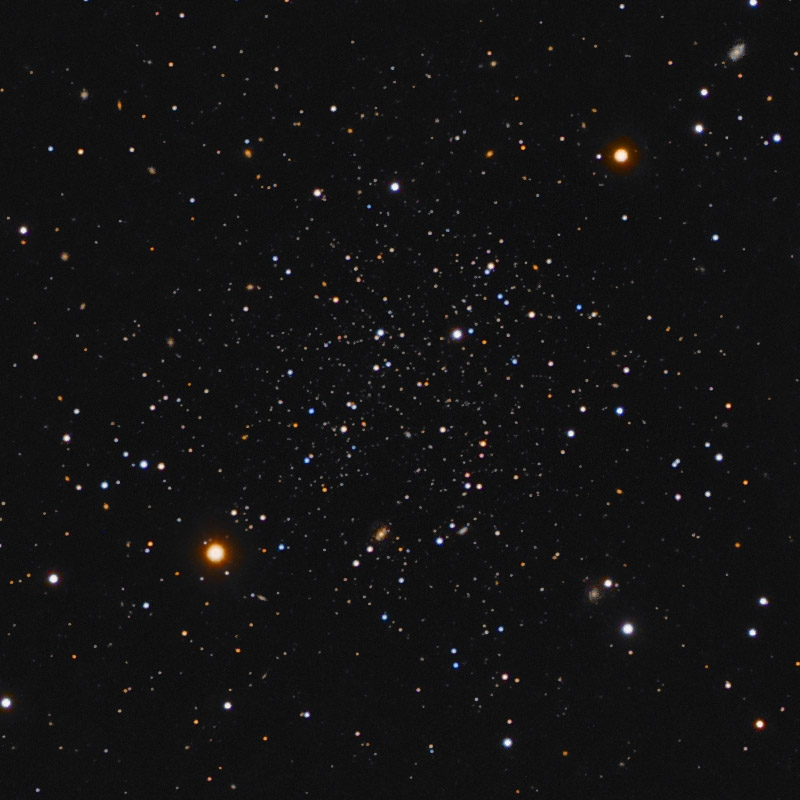