PAL7/IC 1276 is a type XII globular cluster in Serpens Cauda. It\'s about 17,600 light-years from us and about 12,100 light years from the center of the galaxy. That makes it one of the closest Palomar globulars and one of the brightest. It is the only one with an IC number though Pal 9 has an NGC number. Unfortunately at -22 degrees Pal 9 is to low for me unless the night is exceptional which hasn\'t happened as yet. While listed as an IC object Pal 7 was first discovered as a globular by Lewis Swift on April 19, 1889 but is considered to be \"discovered\" as a Palomar globular by George Abell in 1955 after study of the Palomar Observatory Sky Survey plates. It\'s hard to tell what the original IC catalog thought it was. The description doesn\'t include that information. It reads eeF, vL, v diffic, D* close p. Translation \"Most Extremely faint, very large, very difficult, a double star close to the west.\" I assume the double star referred to is the pair of bright stars on the right side of the cluster in my image. I see nothing else. Since most open clusters and globulars are far larger than this and it was considered large it appears they saw no stars in it at the time so didn\'t consider it to be a star cluster of any type. Back then there were just star clusters and starless nebulae. While some of its brightest stars are at magnitude 15 apparently they weren\'t resolved against the glow of the cluster itself.

Seeing wasn\'t all that good for this one. 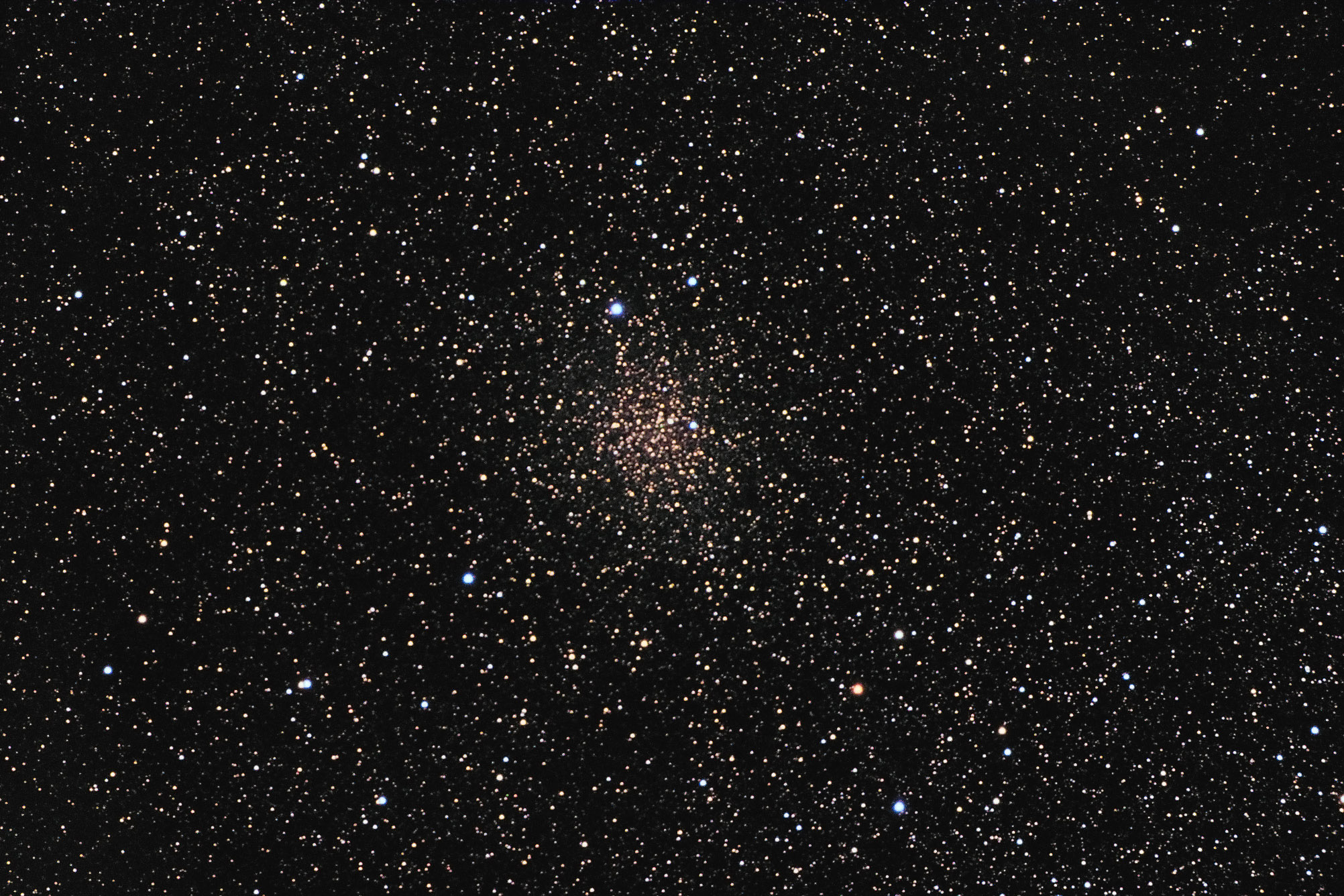 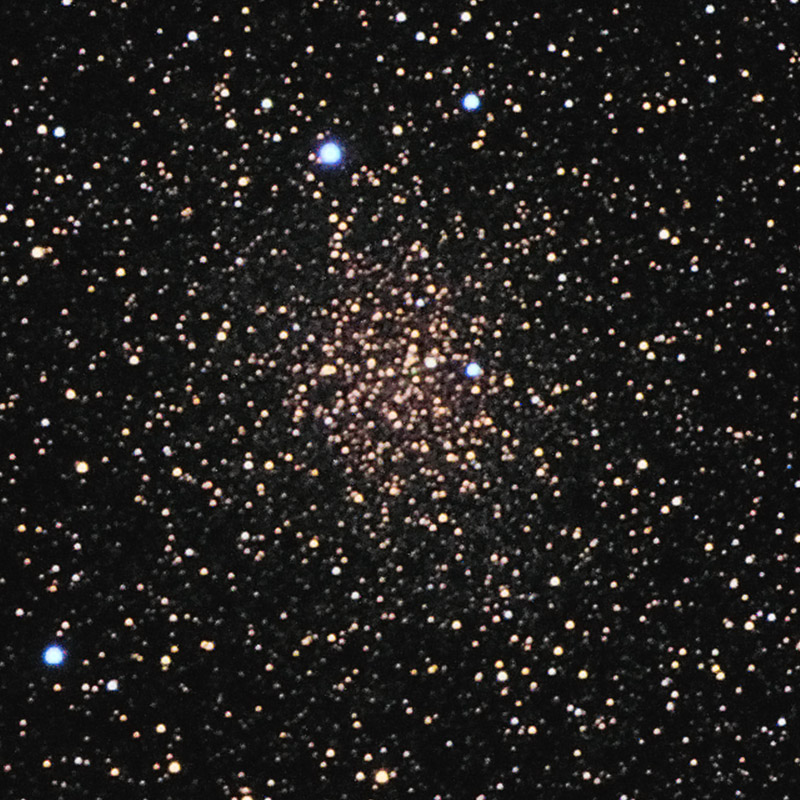