Palomar 8 is a dim globular in Sagittarius almost 42,000 light years distant and 18,000 light-years from the center of the galaxy. That means we have to look clear across the disk of our galaxy to see it through all the dust that blocks our view. Fortunately, in this particular direction, the dust isn\'t too thick and we can see it in ordinary light though greatly dimmed. Its diameter is stated to be about 13.5 minutes of arc across but I can see only the center 5 minutes of that in my image. Beyond that, the stars are lost in the dense star field of the Milky Way. The cluster was discovered in 1952 by George Abell.

This one is well below my 15 degree south limit. Seeing rarely allows me to go this low, especially in 2012 but one night it did -- but not for long and in a twilight sky. It was about to vanish into my Meridian Tree so I had only a very short window. I grabbed 2 luminance frames and one for each color hoping to get more luminance but the tree won. It isn\'t getting taller very fast but is getting wider. I\'m not sure which is worse. Thanks to twilight the background was 10 times normal limiting how deep I could go but considering how many stars I did capture maybe that wasn\'t such a bad thing.

When I first looked at the data I was going to give up and try again the following year but usable seeing this low is very rare and my window very small thanks to the Meridian Tree blocking much of the best seeing and least atmospheric extinction. So I gave it a try. To get enough data I combined all 5 frames into a pseudo luminance image. With only 10 minutes of color and with blue very poor in signal to noise ratio due to being so low in the sky the color is rather questionable. I tried to compensate for reddening both from looking so low in the sky and for all the galactic dust we look through to see this cluster but blue was so weak this didn\'t work very well. So I had to compromise and sort of compensate for the reddening. This weak data required about every trick I have in my bag of tricks and one new one I developed on the fly. The new one was how to deal with the elongation of the stars in the luminance image due to color dispersion this low in the sky. Pure RGB would avoid this issue but requires far more time than I had available. I surprised myself with how good it turned out. This would have been spectacular if much higher in the sky and under a dark sky rather than twilight.

This is the last of the Palomar globulars for me. 6, 9 and 12 are even further south than 8. Too far south for the walls of the observatory as well as trees even if seeing would cooperate. At least I got a dozen of the 15. 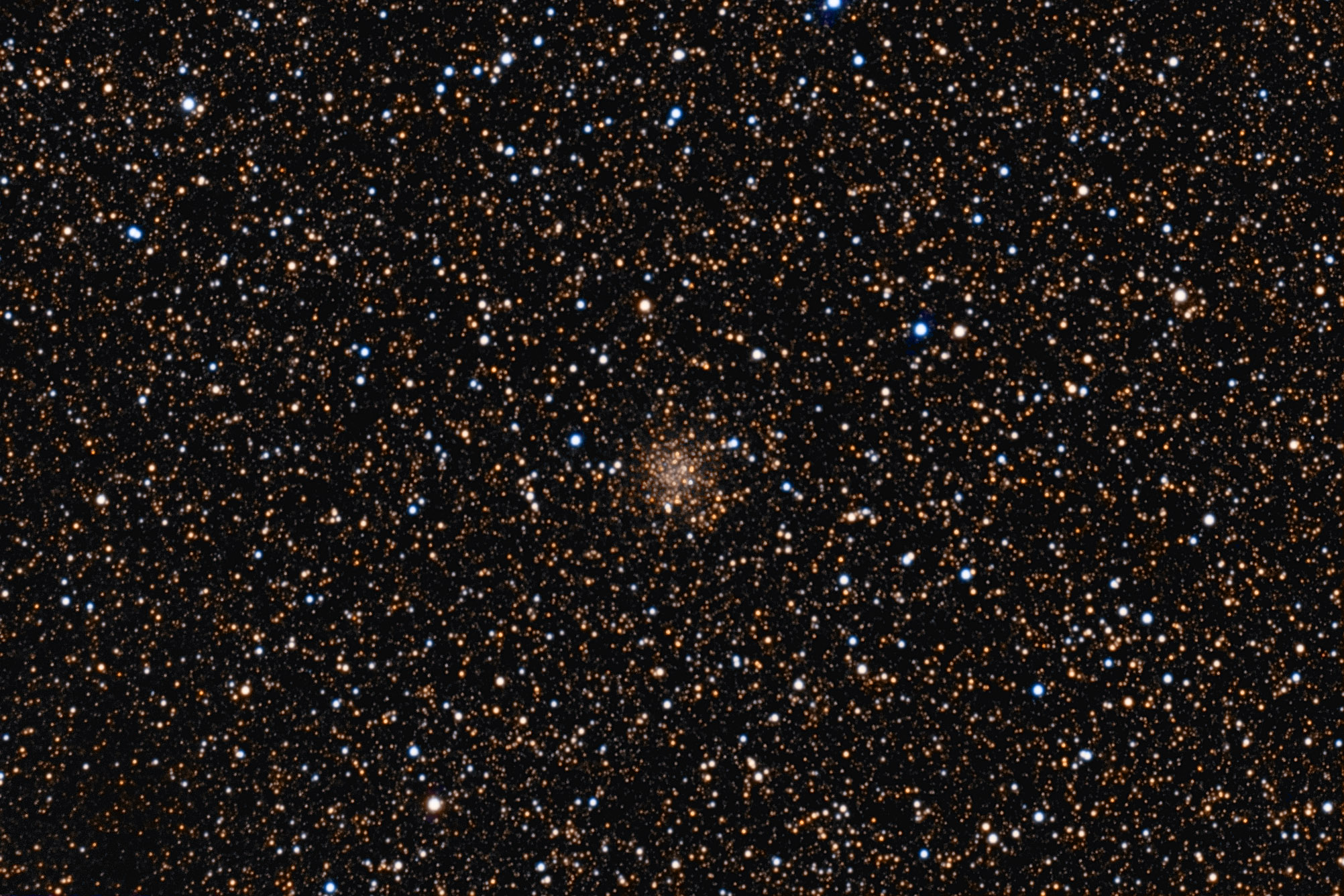 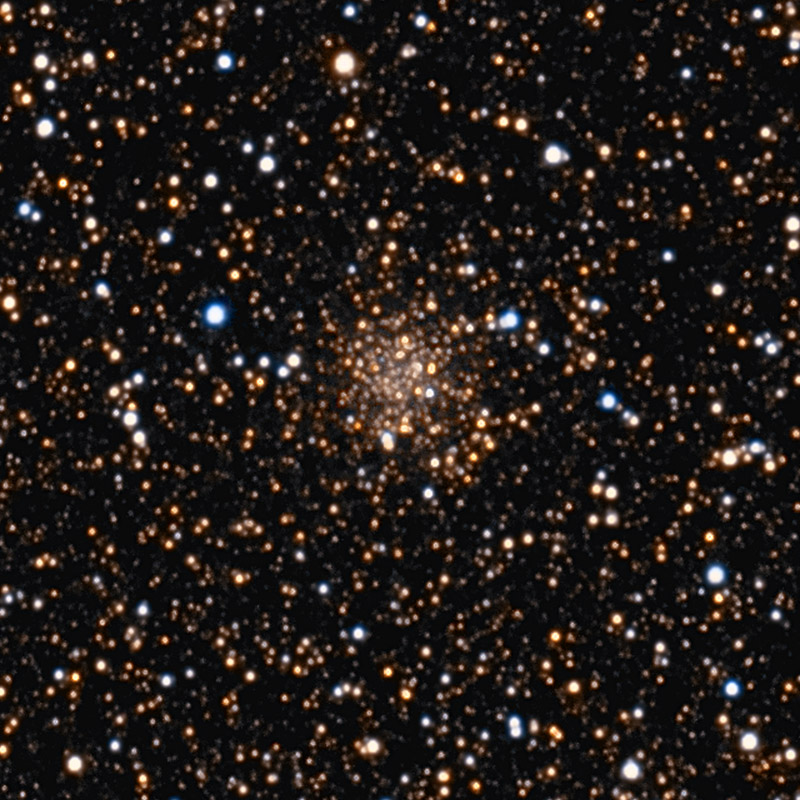