the Pegasus Dwarf is a nearby galaxy also known as UGC 12613 and Pegasus DIG (Dwarf Irregular Galaxy). You\'d think that being a very nearby galaxy we\'d know its distance very accurately. NOT! There is much disagreement here. Some say it is a distant satellite of M31, others say it is a member of the M31 group. These would put its distance at about 3 million light years. Others say it is a neighbor of IC 1613 which would put it some 5.5 million light years away. The annotated image goes with the median of 24 measurements at NED. Though if you leave out the older measurements and go with just the newer ones then its distance is about 3 million light-years, a bit beyond M31. The galaxy was discovered by A. G. Wilson sometime in the 1950\'s according to Wikipedia. They put it a companion of M31 at 3 million light-years.

Pegasus DIG contains so little dust and gas you can see right through it\'s densest region. What looks like possibly the core of the galaxy (a tad off center) is really a distant galaxy with the catalog name of SDSS J232835.87+144413.5. As with much of Sloan Digital Sky Survey catalog, its distance hasn\'t yet been determined. Since other galaxies in the area of its brightness are in a small cluster 900 million light years away, I\'ll assume it is a member of that group. Such assumptions can be risky, however. The obvious near edge on spiral is UGC 12613 at 900 million light-years. Off the Southeast (lower left) end Pegasus DIG is the spherical, near star-like galaxy, IV Zw 152 at 910 million light-years. Off the opposite end is a much smaller star-like galaxy surrounded by a fairly large fuzzy halo. This is SDSS J232817.48+144509.2 at 1.8 billion light years. The field is full of galaxies, half of which are fainter than my limiting magnitude due to the snow. NED lists well over 500 within 5 minutes of arc of this galaxy. That\'s about its length in my shot. So nearly every star-like object you see that isn\'t perfectly round, and some that are, are really distant galaxies. Maybe next time I can image it without snow on the ground. 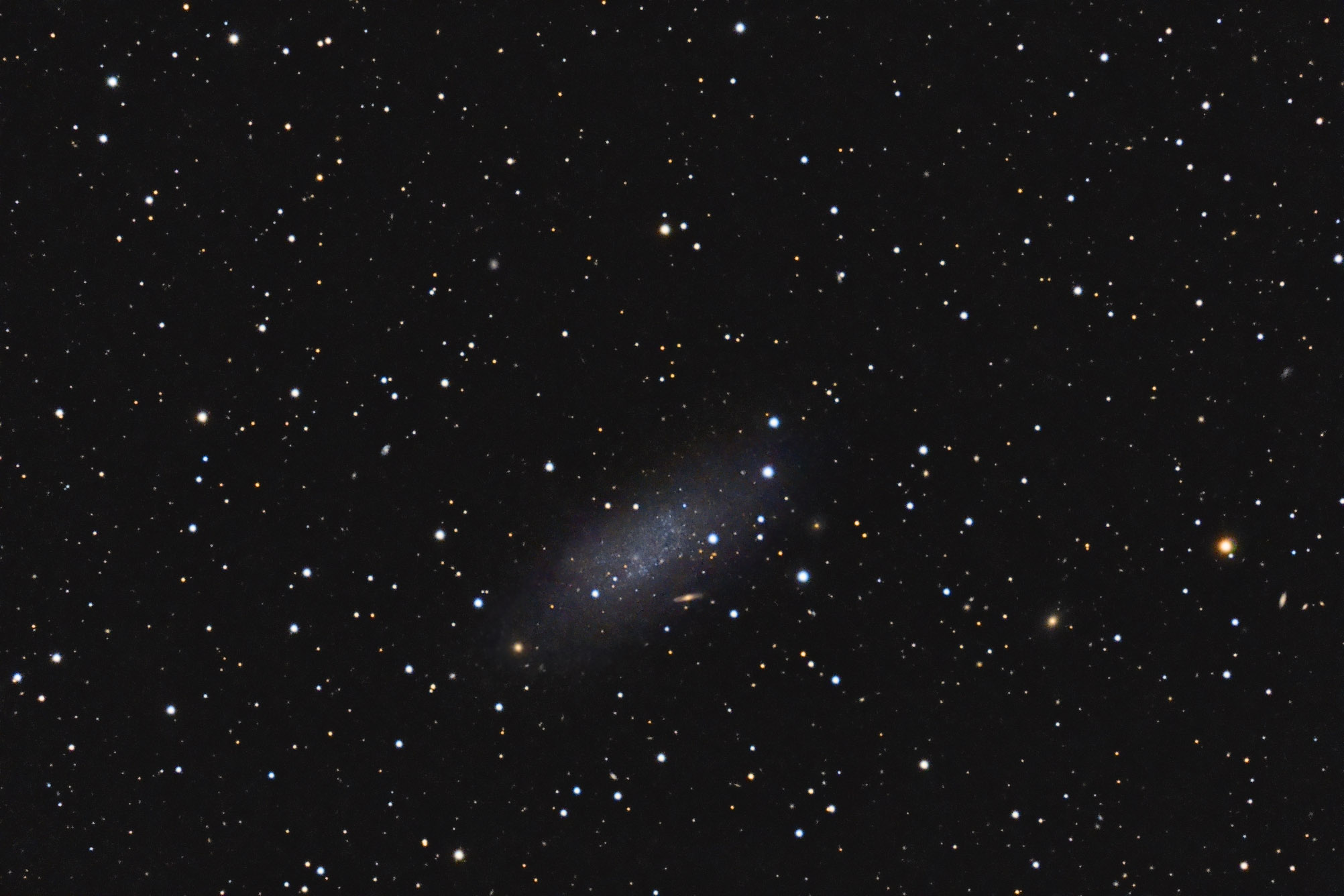 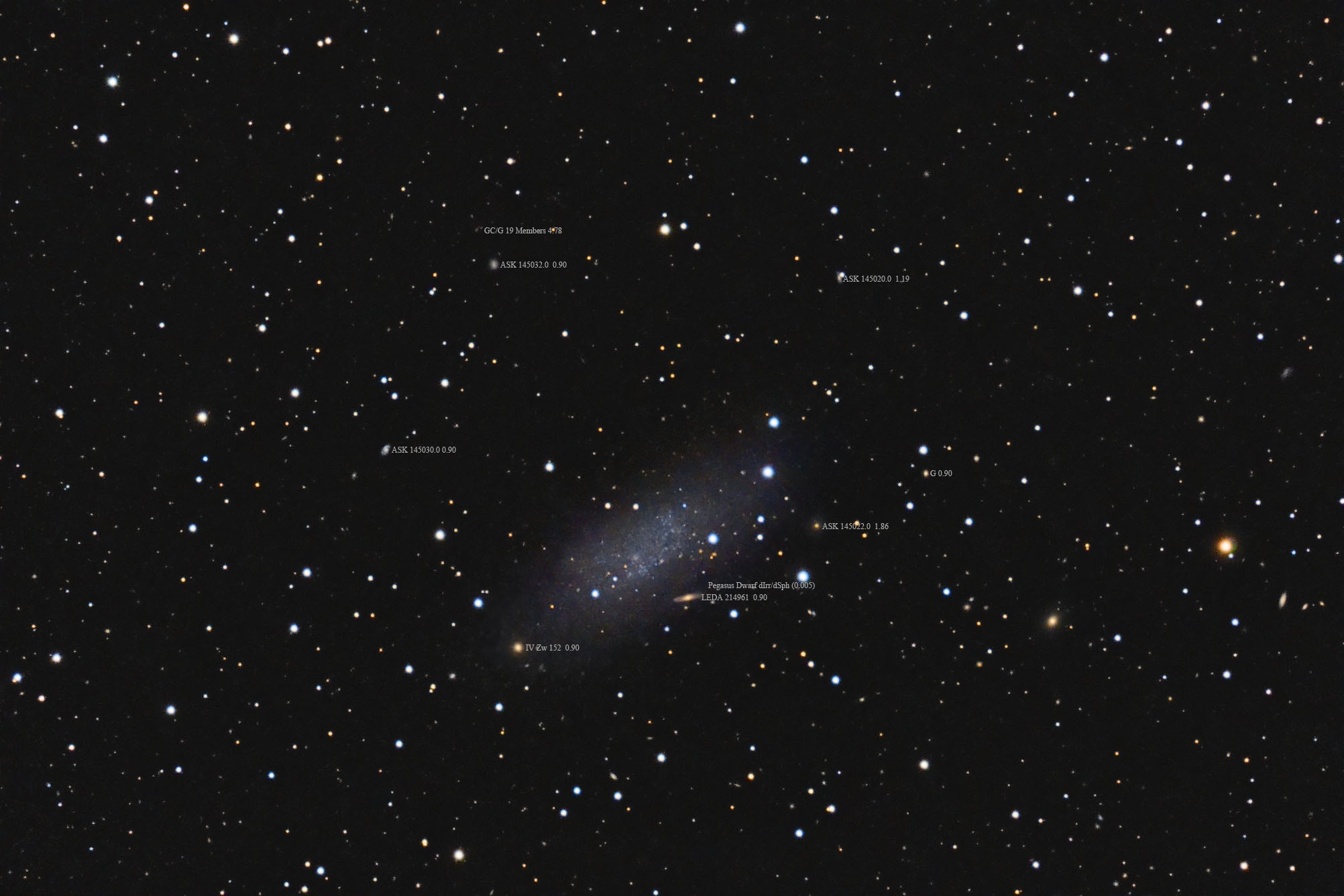