Perseus 1 also known as kkh 011 and ZOAG G135.74-04.53 is a heavily obscured galaxy in Perseus. It is considered to be a member of the heavily obscured Maffei group. It is classed in NED as dE/N which translates to a dwarf elliptical galaxy with a star-like nucleus. So that orange object near its center is really its core and not a slightly elongated foreground star as I first thought it was. I found little in the way of distance measurements for it but most Maffei galaxies are in the 10 million light-year range. NED shows a slight redshift that would put it 6 million light-years away but the error bars for such a measurement are very high. In fact, another source has it blueshifted! There is some light nebulosity in the foreground making it hard to determine the boundaries of the galaxy. In fact, I find several different size estimates for it. NED says 1.12 by 0.9 minutes while a listing of Maffei galaxies says its longest dimension is 2.2 minutes, doubling its length. They don\'t give a second width. I can\'t get a width over about 0.7 minutes but my length using a conservative estimate of where it ends and the background nebulosity begins says 1.3 minutes and a maximum of about 2.4 minutes. My image scale is 1.01\" per pixel so you can do your own estimating. Shows just how difficult it is to measure these highly obscured galaxies.

Being in such a highly obscured region there are no other objects in the image other than stars. It is located only about 1.25 degrees south of the Double Cluster. I had planned double my normal exposure times but the second run ran into nasty clouds. None of the luminance images were usable with one red and one green frame lost as well. A nasty 5th magnitude star, 9 Persei, an A2 slightly variable star was just west of the bottom right corner of the image. It cast some nasty halos into the image. I may have lost some background nebulosity to those halos. For some reason, they only are in the blue and luminance frames. 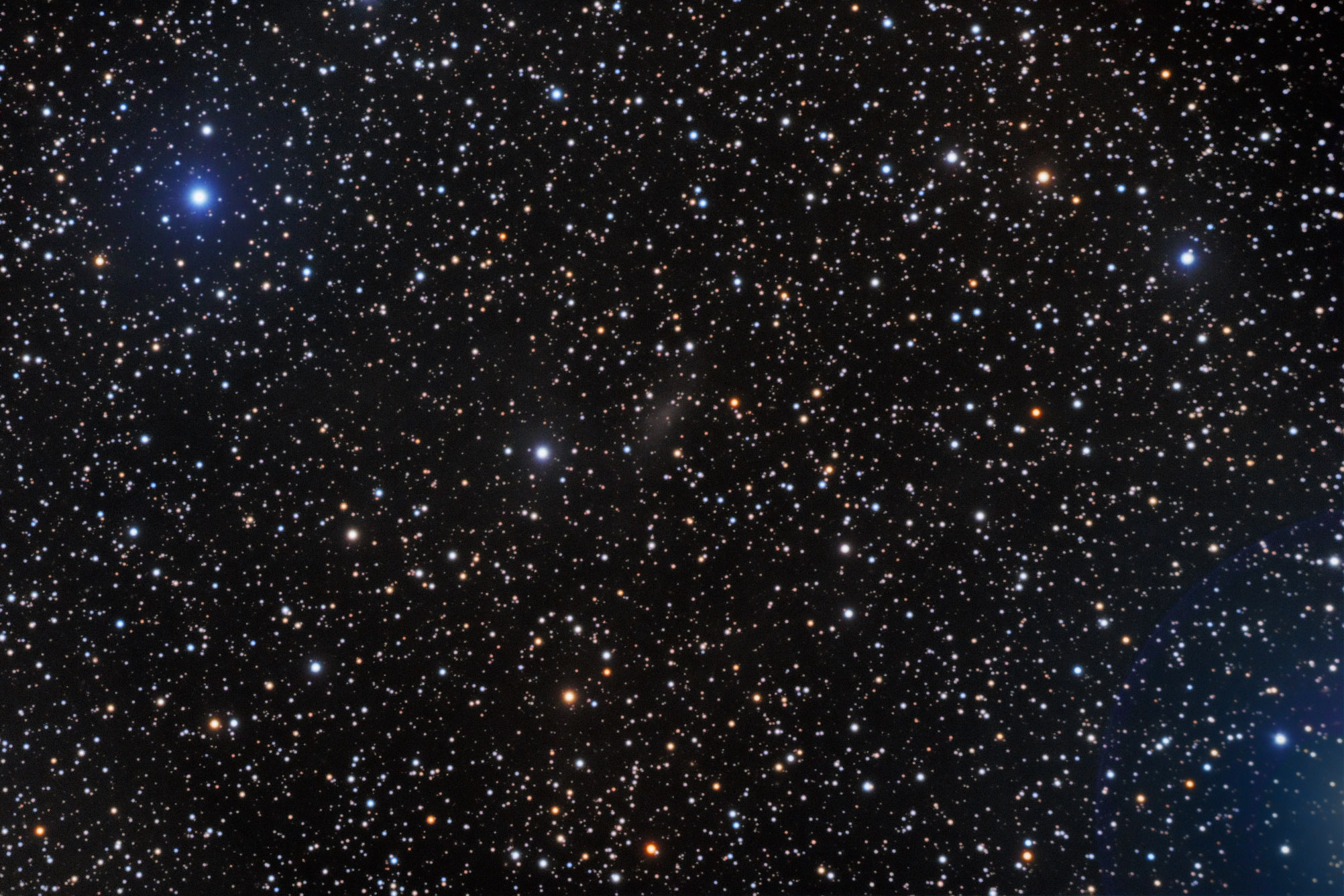 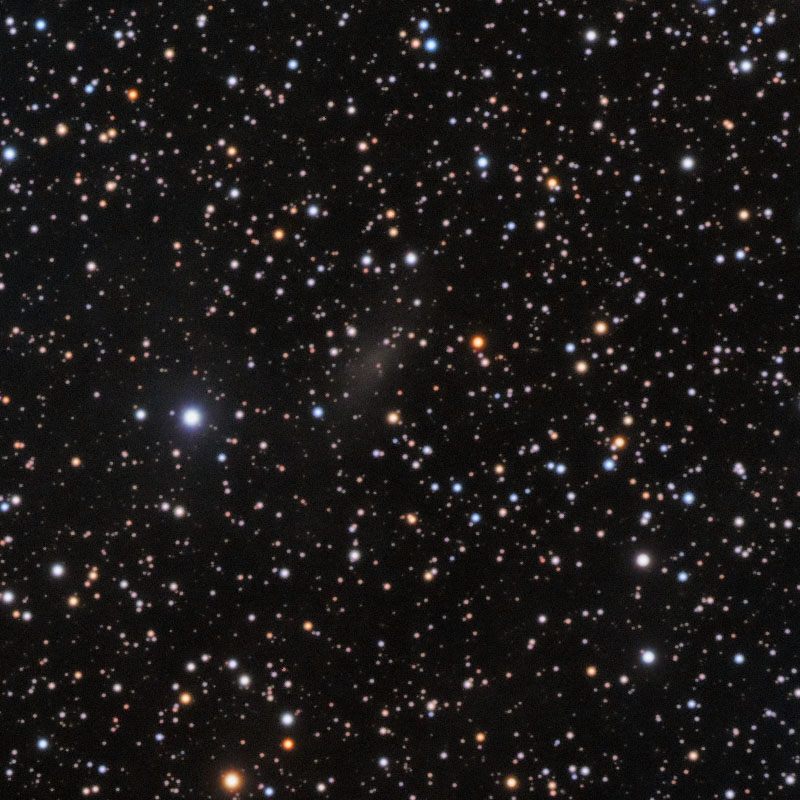