Perseus 2 also known as KKH 12 is a likely member of the Maffei 1 group of nearby galaxies hidden by our galaxies dust and gas. It is located on the east-northeastern edge of the double cluster which explains the increase in rather bright blue stars toward the western (right) side of the image. The lone estimate of its distance which is based on the assumption it is part of the group puts it at 3 kiloparsecs or about 10,000 light-years to one significant digit. Now you can all go back to your images of the double cluster and see if you picked it up! NED considers it an irregular galaxy. Looks pretty much like a featureless disk galaxy to me. There\'s an oblong orange object near its core. I can\'t tell if it is a core, which doesn\'t fit the irregular classification, or a double star in our galaxy too close for me to separate. Looking at its PSF I\'d say it is one object as the center of it is the brightest pixel in my FITS image. This would make it a spiral galaxy if correct so I\'m likely wrong. It is surprisingly neutral in color for such an obscured galaxy. That could mean it is a very blue galaxy if we could see it without all the dust and gas of our galaxy blocking the view. Of course, that argues against the orange object being its core.

The only other obvious galaxy in the image is LEDA 168301 to the south-west of Perseus 2. NED has no significant information on it. They classify it as U. I have no idea what U means. They leave that classification blank when there isn\'t one so I doubt it means unknown. If anyone out there knows please let me know. It appears heavily reddened by the dust of our galaxy. 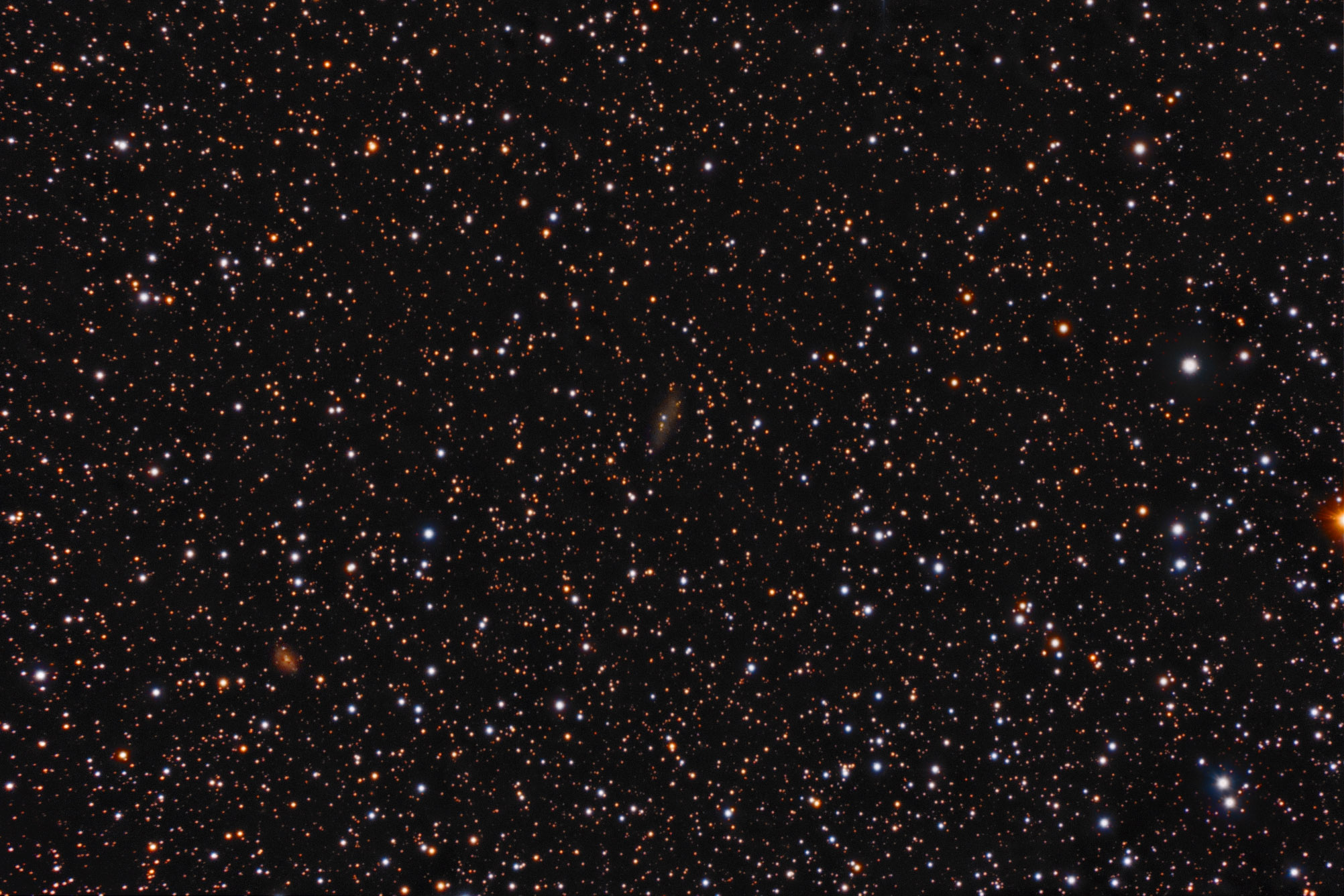