PGC 9247 is a SAB(rs)bc spiral galaxy about 210 million light-years distant in the southeast corner of Andromeda. While its core region is relatively bright and lacks blue stars it is surrounded by a very faint set of very blue arms. This too was taken through thick smoke that has plagued me in late September from fires over 1600 km from me. The smoke had thinned some by the time this was taken and didn\'t totally kill blue and green light as it had for a couple earlier objects. Still, it cost me a lot of photons making the field a couple magnitudes fainter than it should be and nearly cost me any chance to catch the faint outer arms. Still, I think the color balance is closer to reality for this one than others taken through the thick smoke. Seeing was better as well but far from great.

This area of the sky is poorly studied for galaxies and only one other had any redshift data. It\'s near the upper edge of my frame to the east, left. NED identifies it as KIG 0102:[VOV2007] 011 while my The Sky gives it the extended PGC designation of PGC 2153581. NED puts it at magnitude 15.1 while The Sky says 17.3. My image, even with the smoke agrees with The Sky saying 17.2 but my smoke compensation may not be perfect. NED follows a magnitude estimate with the filter used. In this case, they show \"E\" in that field. I know of no such filter. If anyone knows let me know. I can only think it is for \"Estimate\" in which case it is way off the mark. 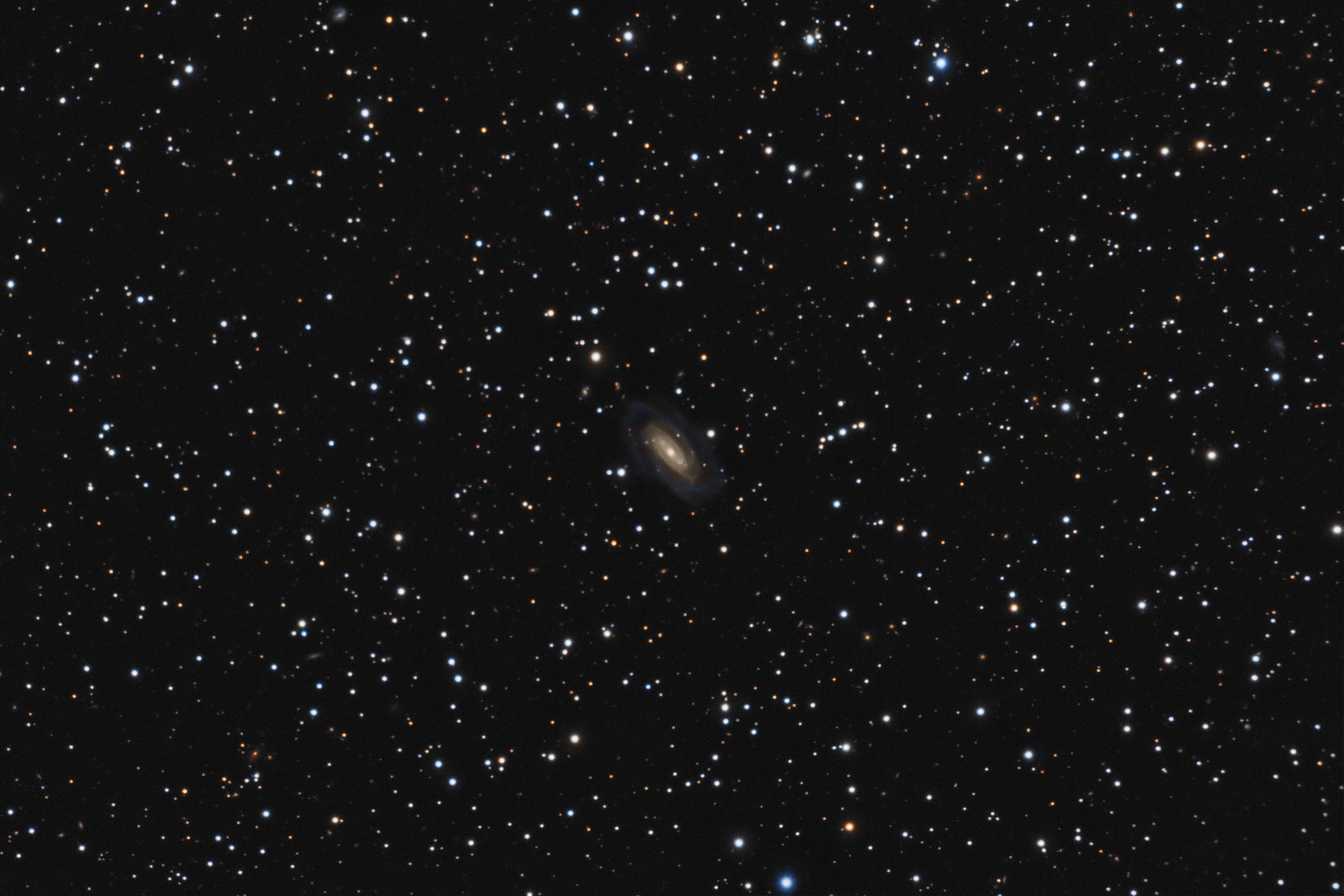 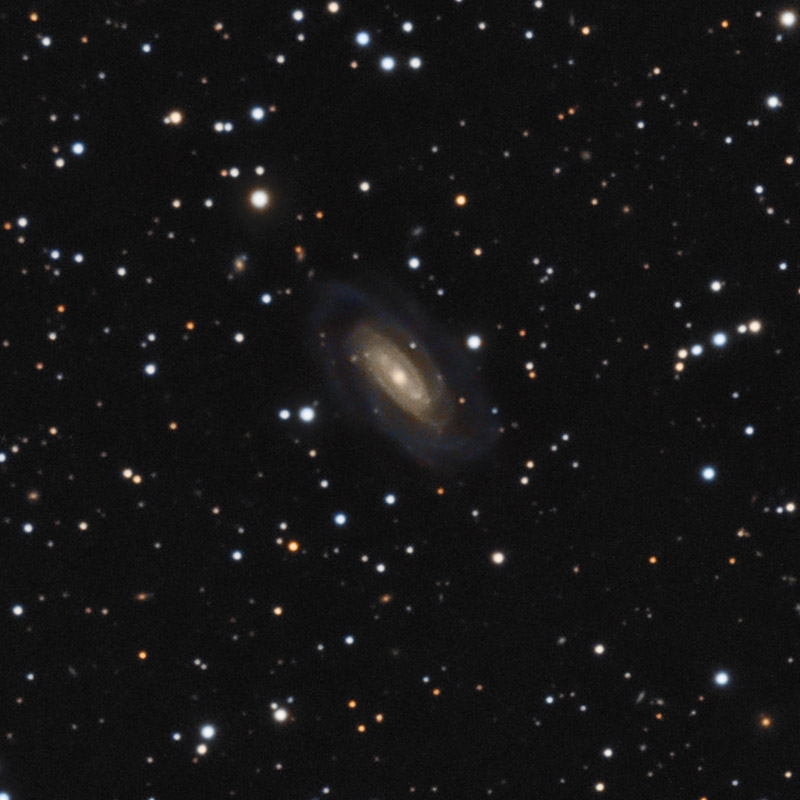 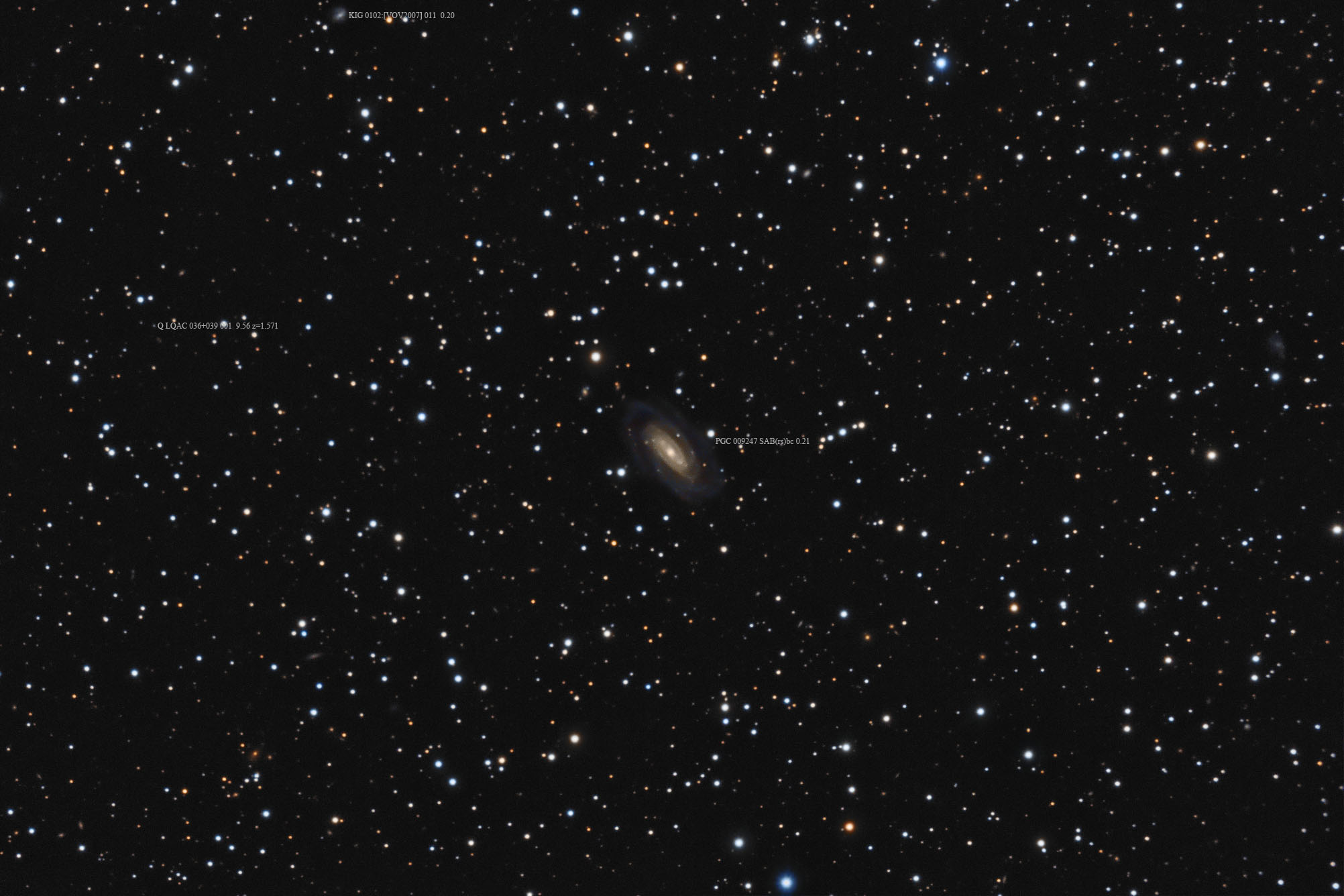