UGCA 105/PGC 016957 is a galaxy in the Maffei 1 group. It is located in Camelopardalis. The Maffei 1 group is thought to be about 10 million light-years away. Several distance measurements for UGCA 105 put it about 11 million light-years away. NED classifies it as Im while other sources say Sm. My image appears to support the Sm classification. The field was very difficult to process because of the 6th magnitude star, SAO 13413 to the northwest and 8th magnitude SAO 13423 just to the southeast of the galaxy. These cast strong but uneven glaring artifacts over the image. Also, the field is full of faint nebulosity. Separating glare from real signal was difficult. I likely left in some artifacts. The galaxy is heavily obscured. I was surprised at the very blue outlying regions. I\'d expect them to be reddened by all the dust. Could be they are mostly artifacts or reflection nebulae though they appear to hint at a spiral pattern of outlying arms of the galaxy. The core appears an off color for most galaxy core regions. Conditions were rather good for this image so I\'d expect the color to be reasonably correct.

I suspect this galaxy would be quite spectacular if we could actually see it without our galaxy\'s dust obscuring the view. This was taken on my best fall night. I can\'t blame the weather for hiding it, it is all our galaxy\'s fault.

Due to all the obscuring dust few other galaxies appear in the image. Those that do have no significant data at NED so no annotated image was made. 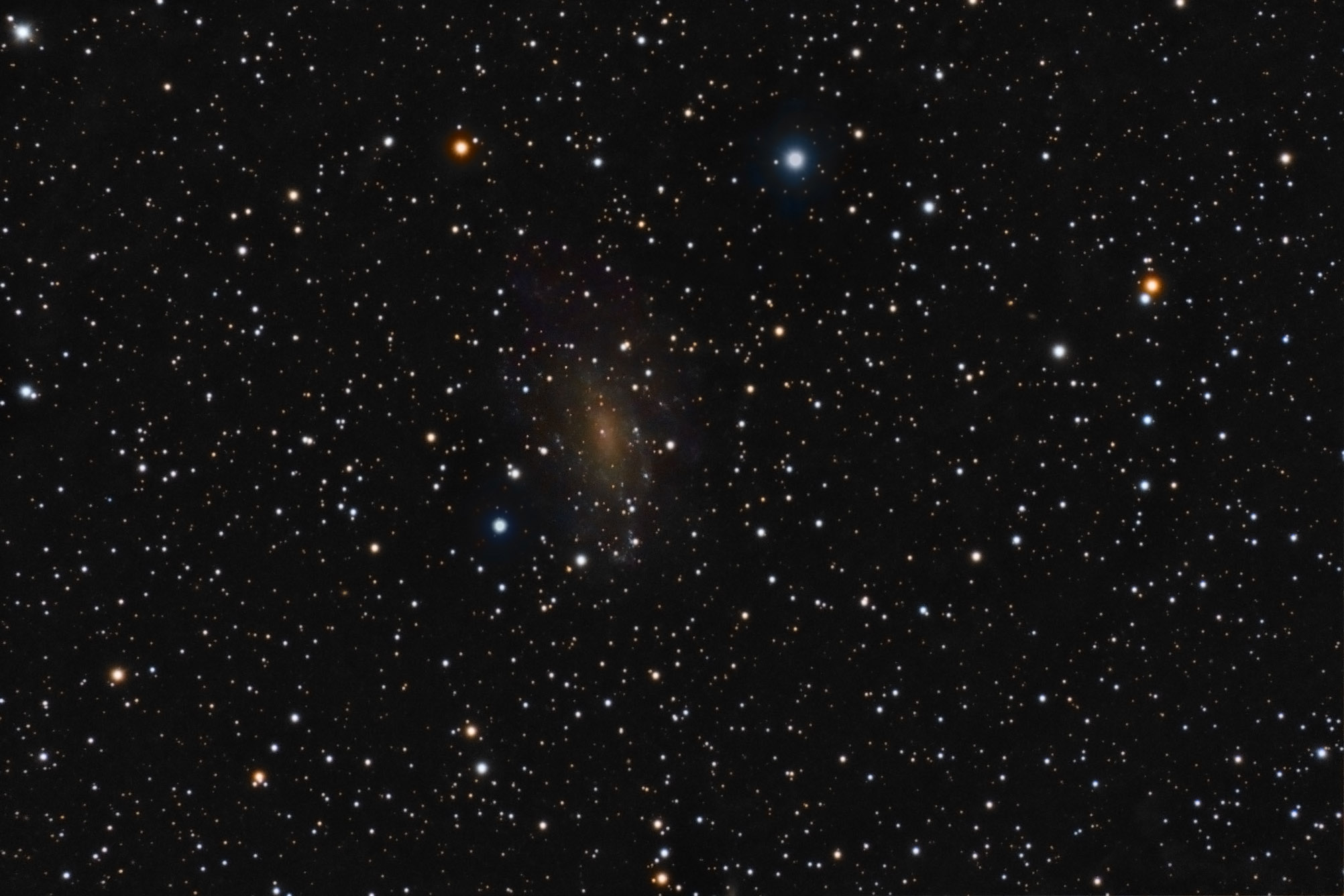 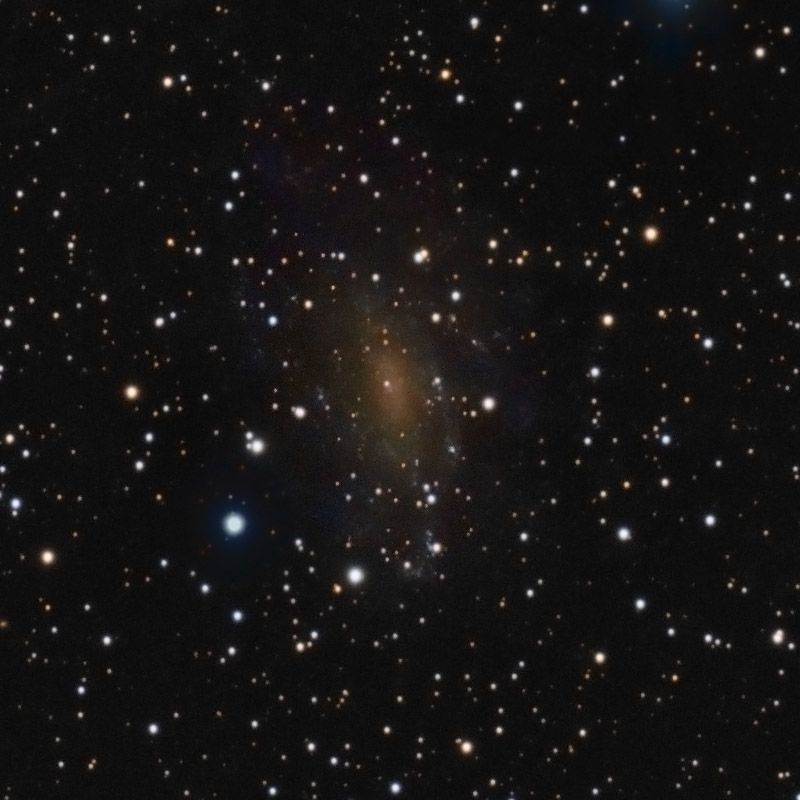