MCG +08-11-002/PGC 017558 is a galaxy in northern Auriga on the eastern edge of the Milky Way so rather obscured. It is about 250 million light-years distant. Without good photometric data on the stars, even eXcalibrator had little to go on for removing the reddening of the dust. I sort of adjusted until the quantity of red and blue stars seemed about right. The galaxy is still quite red. More on that in a bit.

NED lists it simply as a spiral and a LIRG (Luminous Infrared Galaxy). I\'d say it is a very disrupted spiral. While LIRG aren\'t necessarily red many are. What the LIRG label often means is the galaxy has lots of dust warmed by starburst level activity hidden behind the warm dust. In this galaxy, the activity is thought to be the result of the merger of two galaxies in the recent past. The resulting mess has a diameter of about 60 million light-years with hints of faint plumes (I need a lot more time to verify these) that may extend about twice this distance.

I\'ve included an HST image of the galaxy rotated to match my north up orientation and image scale of my 0.67\" per pixel cropped image. This shows the added resolution obtained by working outside our distorting atmosphere. The article it was taken from with the full resolution HST image with north to the left is at: http://www.spacetelescope.org/images/heic0810bl/ . The HST image isn\'t as reddened as mine. This is likely due to their choice of filters in that they used a photometric deep blue filter 435nm and an Infrared I band filter (814nm) and averaged the two to make a pseudo green.

Being in the Zone of Avoidance NED had no distance data on any other galaxy in the field so no annotated image was prepared. 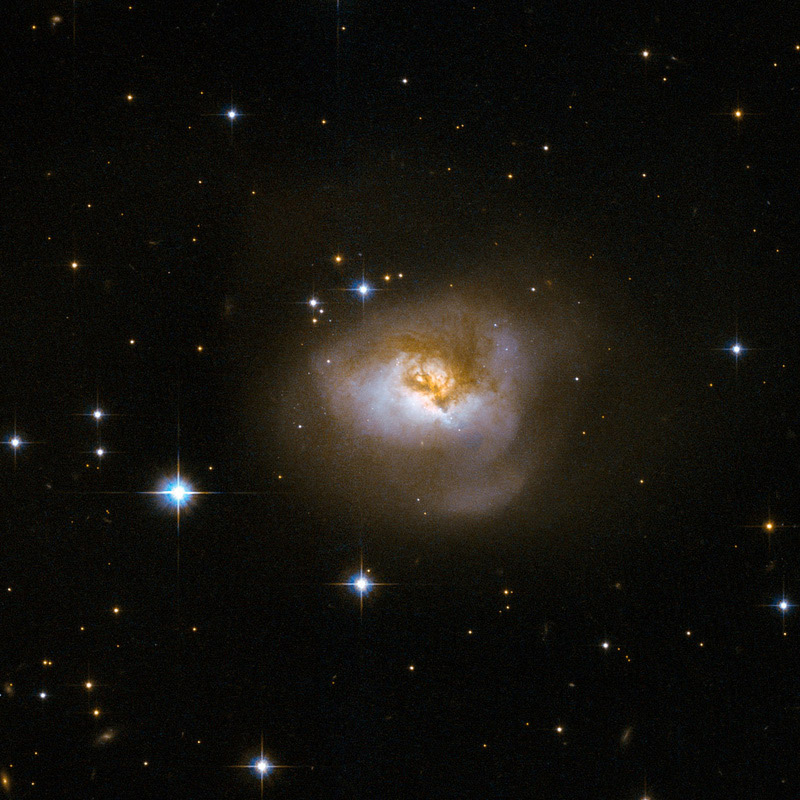 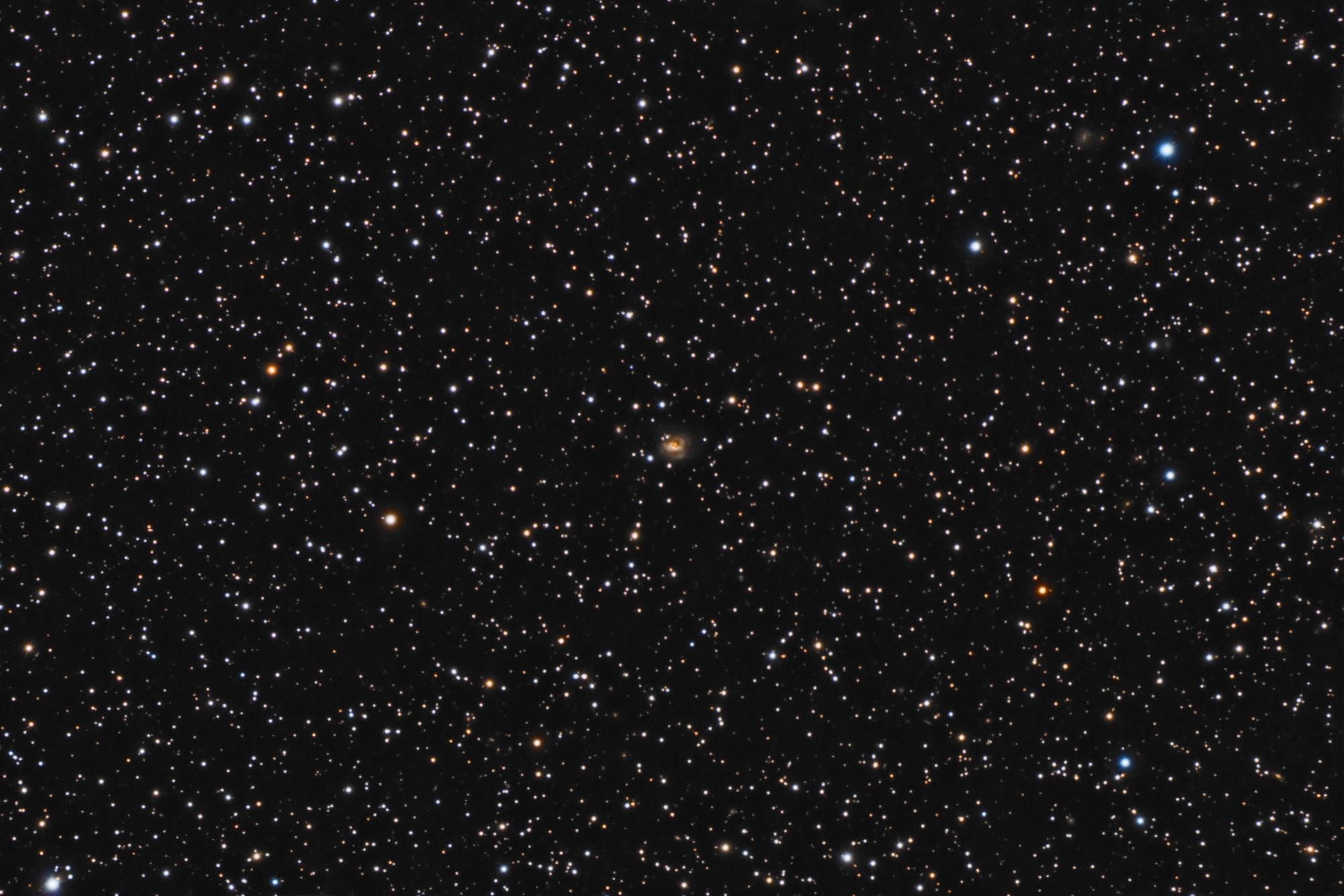 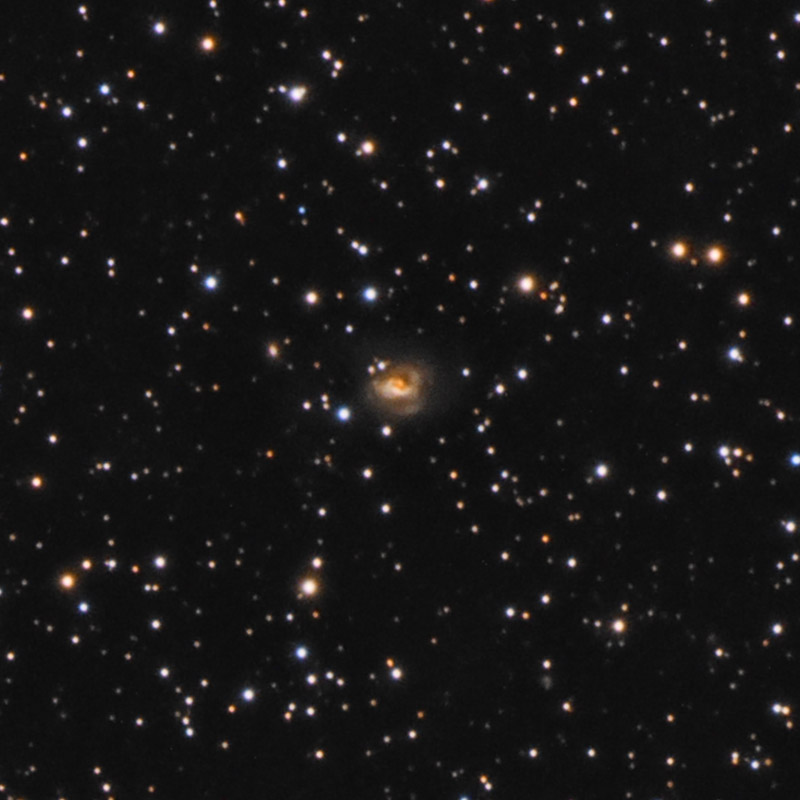