UGC 8201/PGC 045372 is a Magellanic irregular dwarf galaxy that belongs to the M81 galaxy group. Measurements of its distance vary around 15 million light-years. Assuming that distance it is about 21,000 light-years across its longest diameter. It is very blue indicating its stars are quite young, yet it seems to contain little gas and dust from which it could make stars. This is a rather common problem with blue dwarf galaxies that still hasn\'t been understood. I see no HII regions in my image. I see some red fuzzy things in the HST image but they look more like reddened distant galaxies rather than HII regions. No Halpha was used for the HST image which was made in near IR and green light. The reason for the image was to determine its distance using the Tip of the Red Branch method. That came out with a distance slightly less than 15 million light-years. You can read more about it here: http://www.spacetelescope.org/images/potw1510a/ I see several apparent globular clusters around the galaxy\'s edges in the HST image at full size.

The field is full of distant galaxies, galaxy clusters, candidate quasars and likely quasars. It also contains one X-ray galaxy that is also visible in ordinary light. It is labeled XG in the annotated image. UvES objects are all candidate quasars with only photographic redshift. While photographic redshift can be a good distance indicator it also can lead to some very incorrect results. Over time I\'ve watched many candidate quasars with large photographic redshifts turn out to just be ordinary stars in our galaxy with odd spectra leading to the erroneous result. So consider these as rather questionable Two candidates are seen through UGC 8201. Though several sources list them as star clusters in the galaxy rather than distant objects. In the HST image, the eastern one looks like a galaxy while the western one is star-like. I consider their status as quasars as circumspect. I marked them anyway. 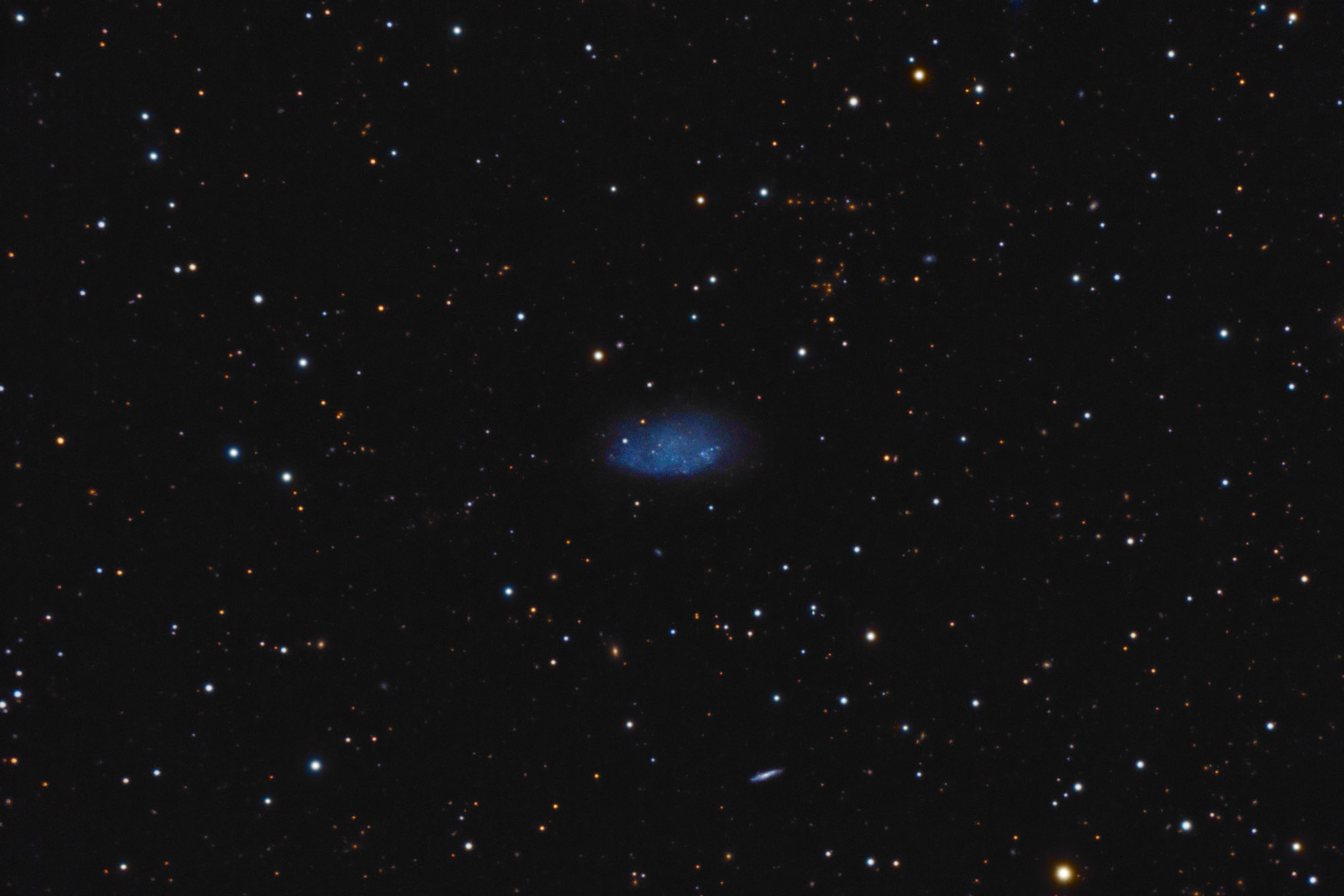 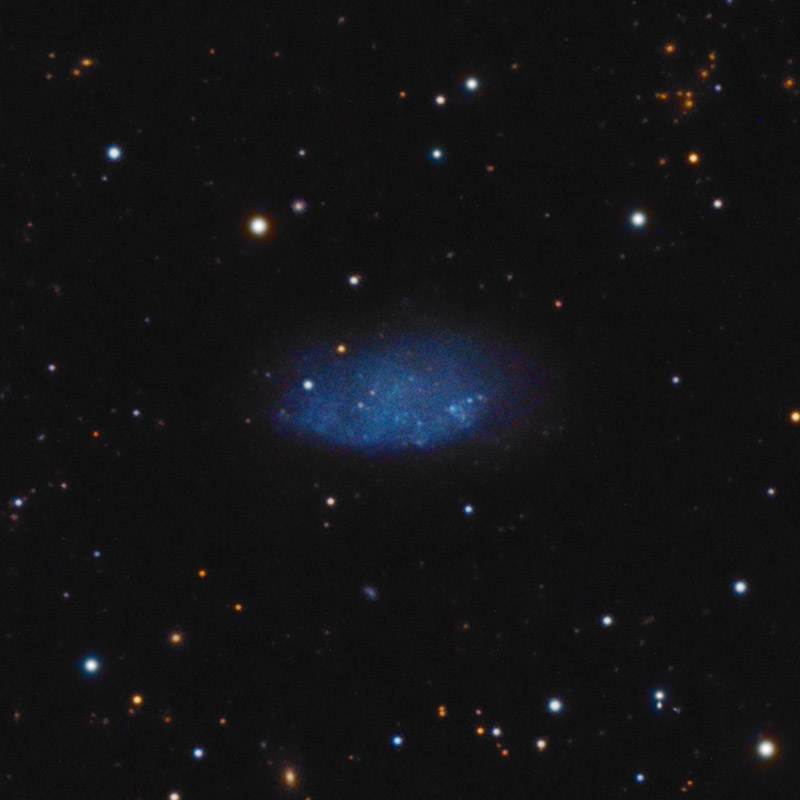 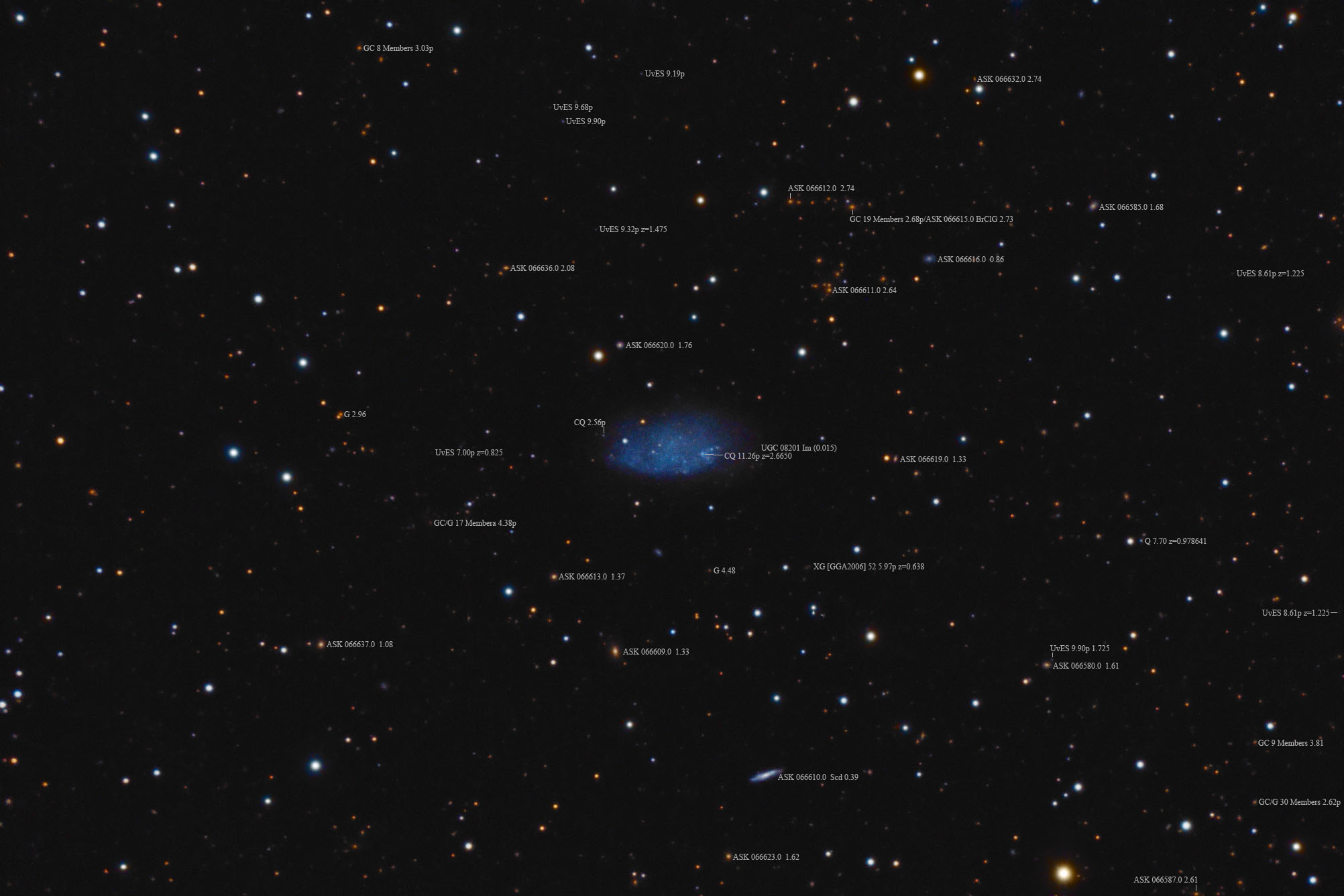