VV 705 also known as PGC 54617 among other designations, is a pair of colliding galaxies in northeastern Bootes about 550 million light-years distant. Both galaxies have bright blue tidal tails. The northern galaxy\'s tail curves around then across the region where the two are merging to come out the other side a short distance. The tails start bright blue but when they suddenly fade turn slightly red in color. Do these tails represent their path to the train wreck that is happening? Not being able to see the tails in three dimensions it is a bit hard to explain them. Are they similar to those of the Antenna galaxies just seen at a different angle and at a much greater distance? I measure the combination as being about 133,000 light-years across so these aren\'t very big galaxies made even smaller by their over half billion light-year distance.

Some sources claim it is made up of three galaxies but that is clearly not the case as seen in this HST image: https://www.spacetelescope.org/images/heic0810bw/ .

The annotated image shows many very distant faint galaxies but few have redshift data at NED so aren\'t annotated. There were almost as many galaxy clusters as galaxies listed by redshift at NED. The galaxy anchoring the cluster with 12 members at a photographic redshift of 4.41 billion light-years look back time is listed at NED as being of magnitude 22.0. Not bad for only 40 minutes of luminance data. Many far fainter are visible but not finding many magnitudes listed for the field I don\'t know how faint it goes. The field was very near my zenith when imaged which helped it go deep by limiting atmospheric extinction to the bare minimum. 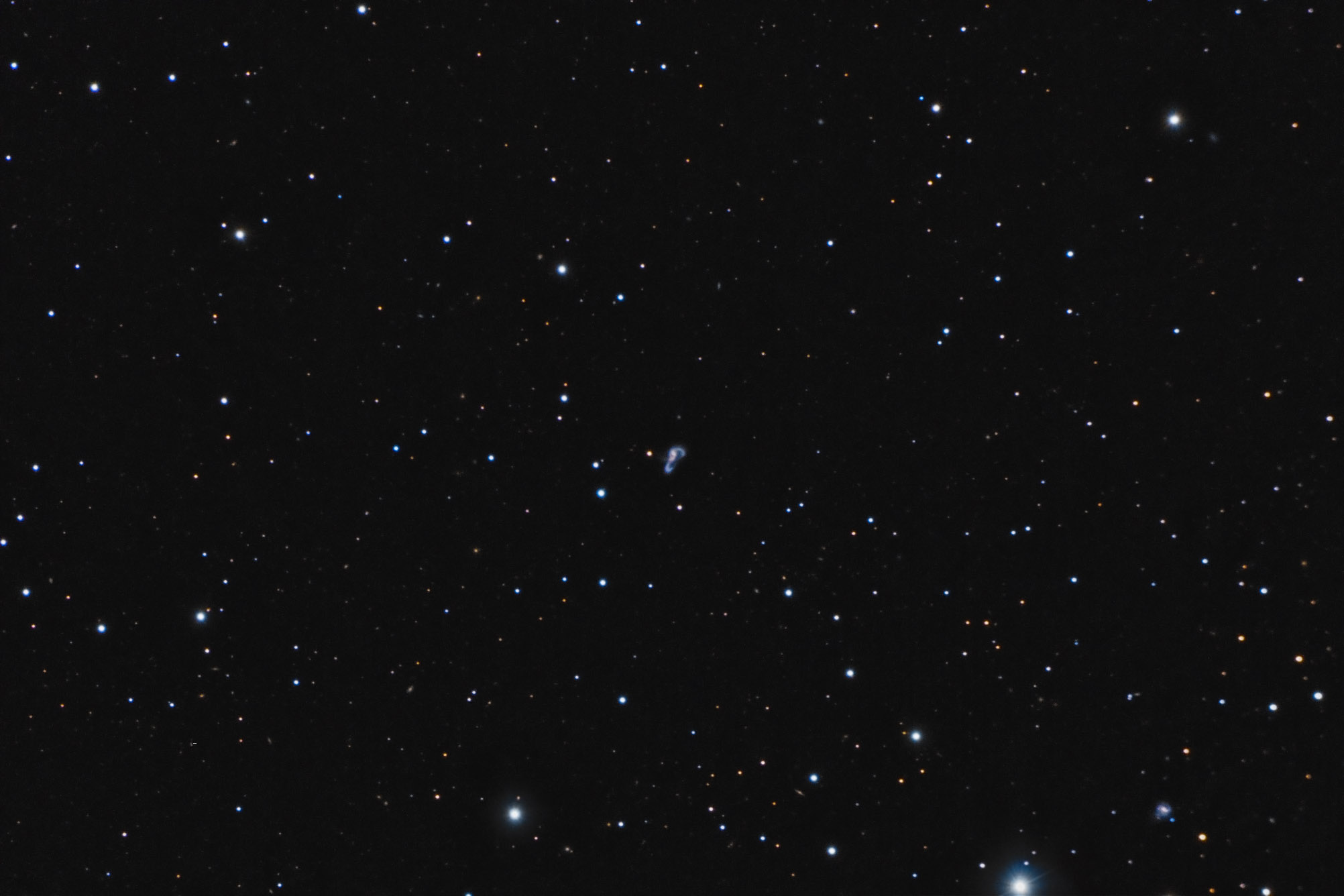 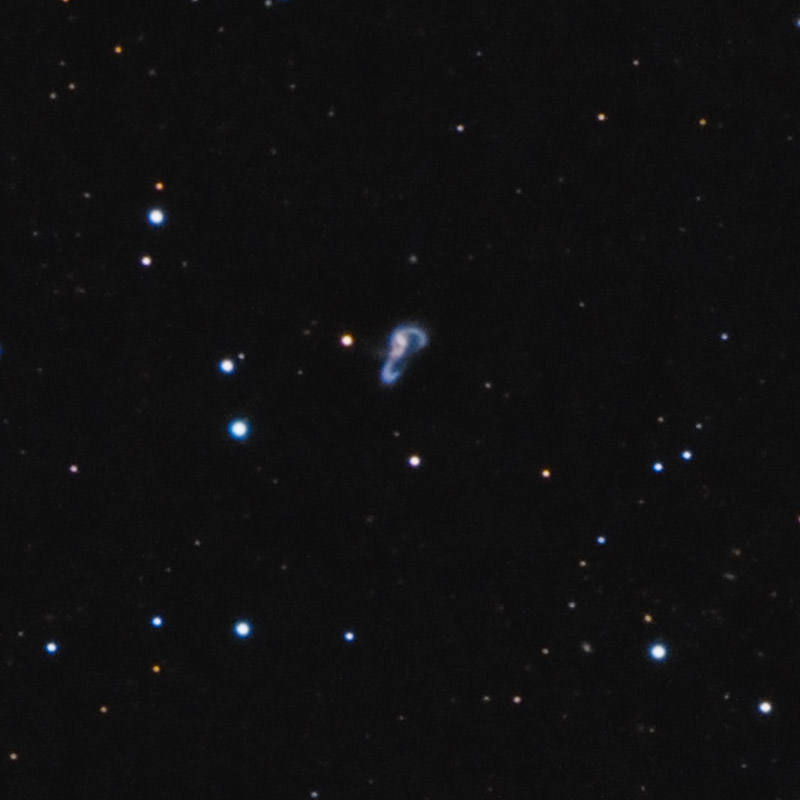 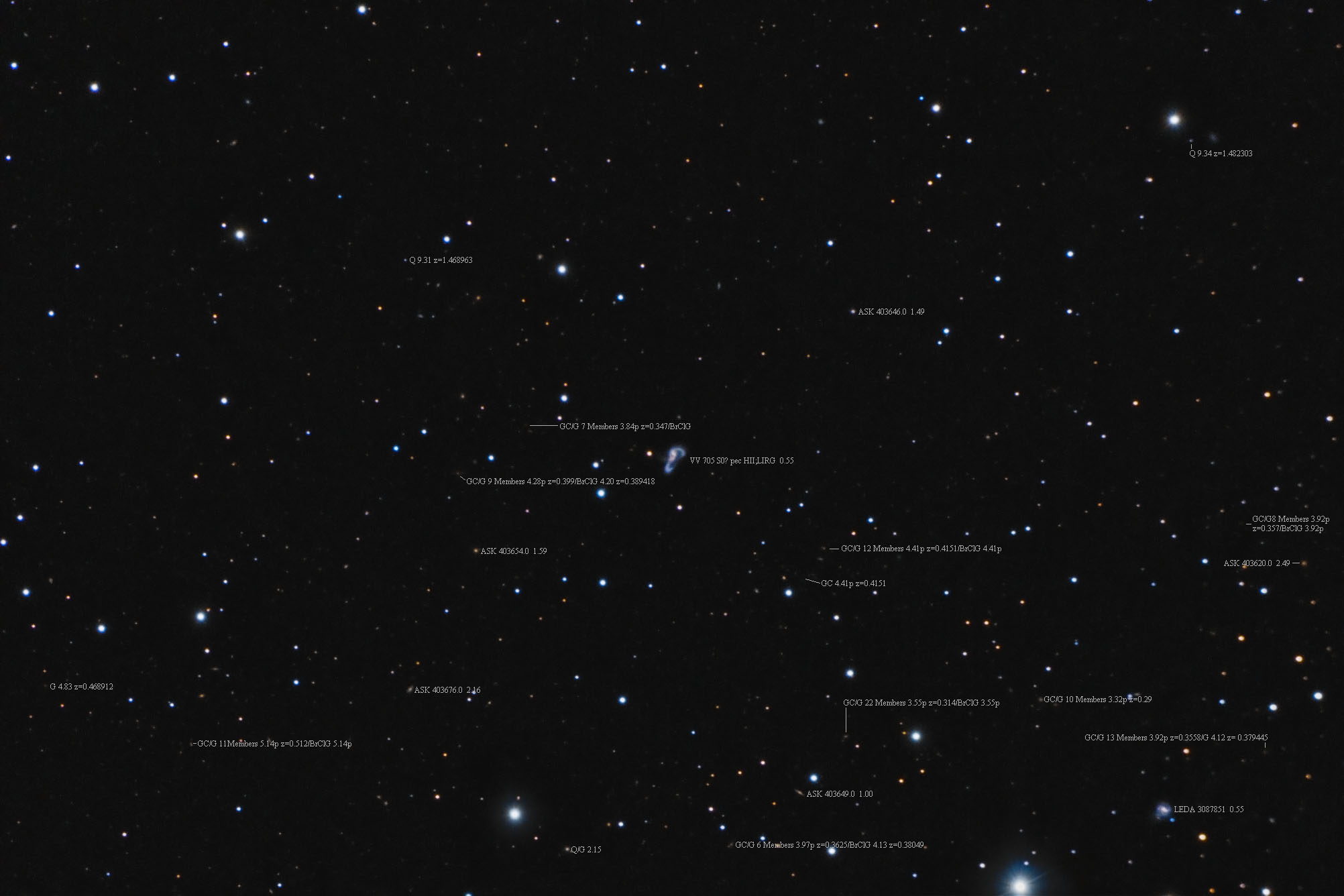