In keeping with my policy of posting the winners, losers and all in-between here\'s a loser.

The Aquarius Dwarf is a very difficult target for me due to its low declination and need for lots of exposure time. I wasn\'t able to get but 8 images of it with seeing around 3\" of arc. All other images were during worse seeing. I got the best result using 4 luminance, two blue and one each of green and red to make a pseudo luminance channel and the 4 color image for the color data. I\'ll try again this year if seeing this low cooperates which isn\'t all that likely. Loss of data to clouds will be a common theme from now on as weather has been lousy for imaging the past year. I\'m sure I\'ll find lots of data like this with unusable frames due to clouds or seeing going to pot.

There\'s a debate over its distance as well as to it being a member of the local group. Its redshift is negative making that of no use though this close it wouldn\'t http://en.wikipedia.org/wiki/File:Aquarius_Dwarf_Hubble_WikiSky.jpghelp either way. The latest measurements using the Tip of the Red Giant Branch stars in the galaxy put it about 3.1 million light years distant. Its distance would put it in the local group. It is classed as IB(s)m. To me, it is a smudge. For a resolved view see the HST image at http://en.wikipedia.org/wiki/File:Aquarius_Dwarf_Hubble_WikiSky.jpg . It is a rather raw image not cleaned of cosmic ray hits. Also, many stars seem to have dark holes in their center or break up into a ring of pixels when seen at the highest resolution. I didn\'t try to process my own version. Orientation is north at the top same as my image.

I didn\'t prepare an annotated image as this one is pretty well out of the area of most galactic surveys. Only one other galaxy in the image has any redshift data. It is 2MASX J20475750-1258569, an IR galaxy located in the lower left of the image. It is about 620 million light-years distant by redshift measurements. 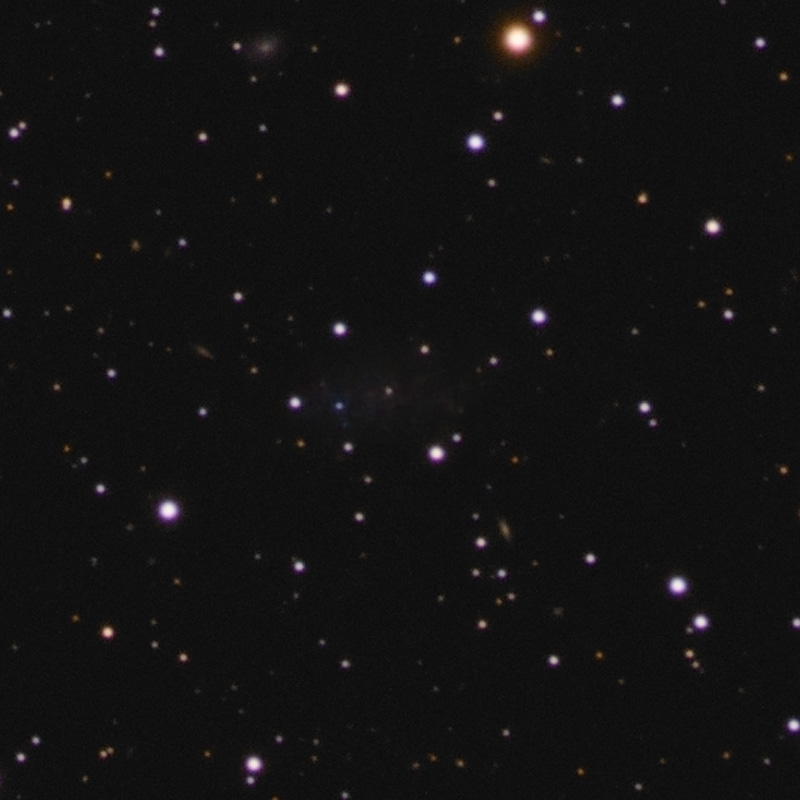 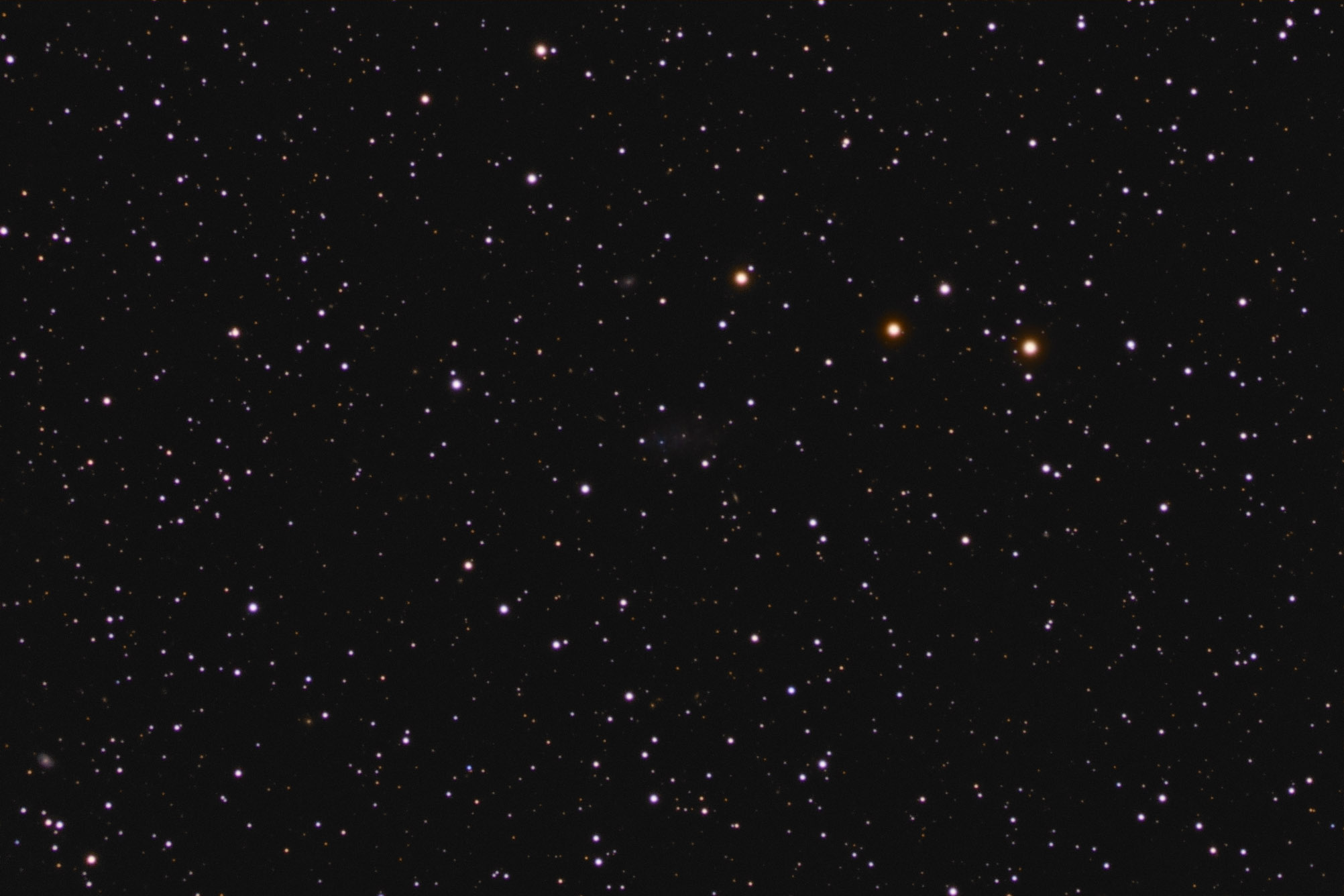