II Zw 096/PGC 65779 as a collision of at least two galaxies in Delphinus east of the dolphin\'s nose. Redshift puts it about 470 to 480 million light-years away. Oddly NED gives the greater value to the pair and the lesser to both individually which makes no sense to me. The II Zw catalog lists four objects under the II Zw 096 designation. The annotated image points to the A, B, C and D objects. Oddly while C and D point to a region of massive star formation (C) and a potent H alpha region (D) there\'s no designation for the huge arc of stars to the east. Spitzer and the HST have studied this mash-up. I\'ll save my fingers and point you to their page on it at http://www.spitzer.caltech.edu/images/3432-sig10-023b-Hubble-View-of-Galaxy-Merger-II-Zw-096 .

Being in the Zone of Avoidance there\'s little else available on the field. The low surface brightness spiral to the southeast isn\'t listed in NED in any form, let alone as a galaxy. I marked it with a question mark for this reason. The only other galaxy with redshift data is CGCG 448-019 in the upper right corner. It resides a good 100 million light-years closer to us but shows few details.

This is another case where the weather was going south on me. Since green is least important I put it last. Sure enough, the weather clouded in on the second green but with a subject like this one green is sufficient so I didn\'t put it on the reshoot list for that reason. Still, it is one that I can actually put the 0.5\" resolution of the system to good use on. Such nights are rare but can happen so it is back on the reshoot list if such a night comes along. 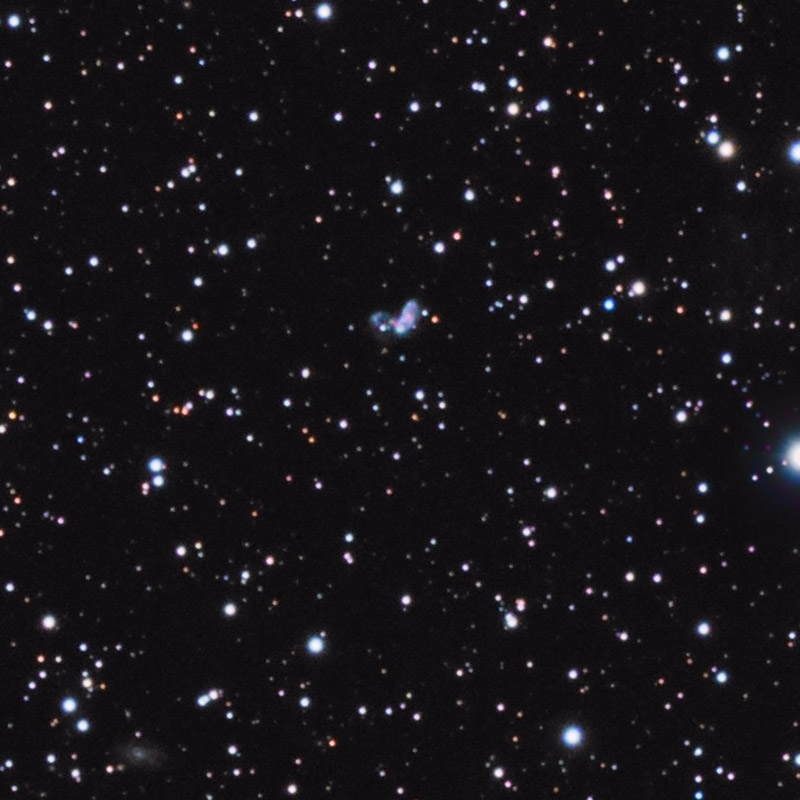 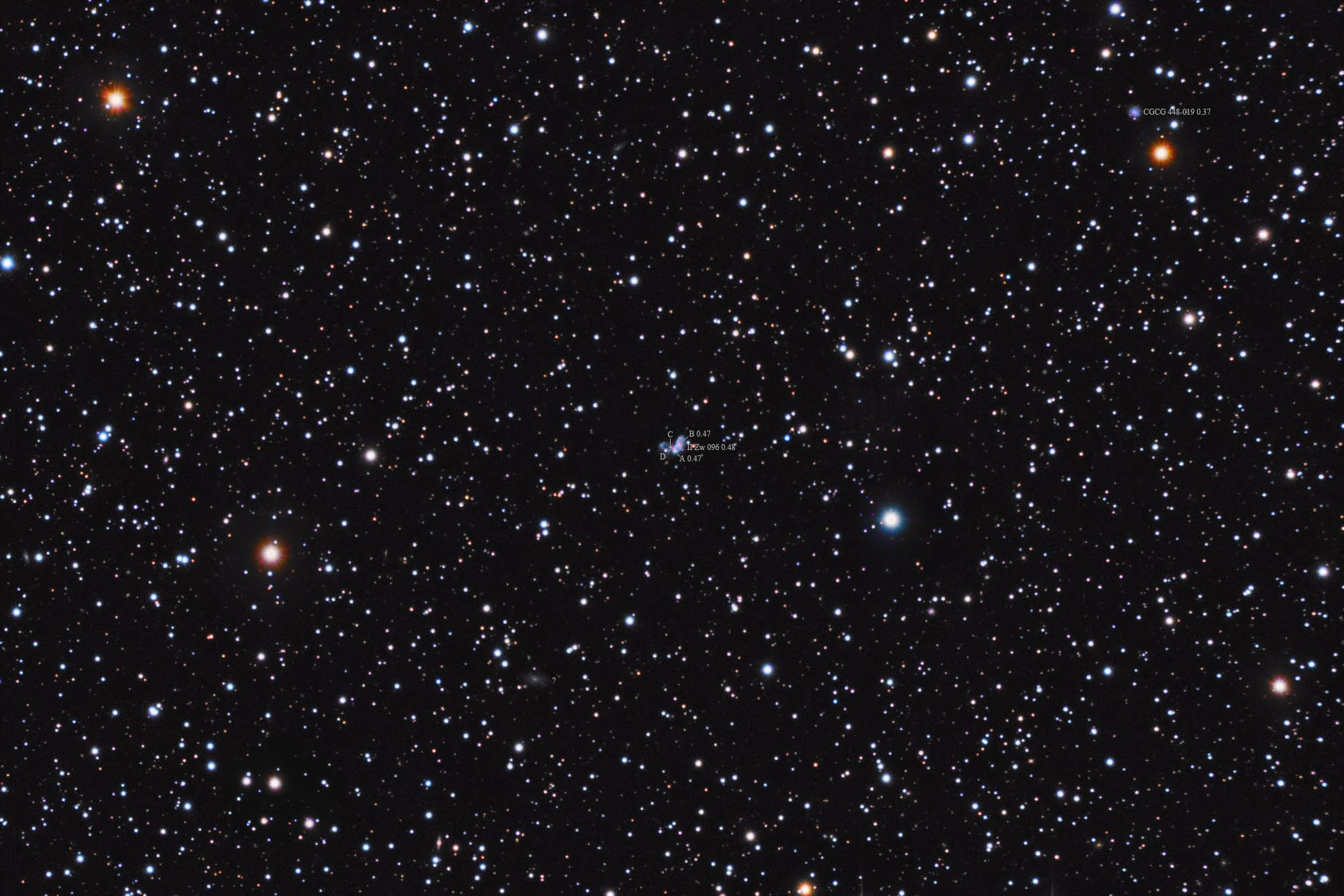 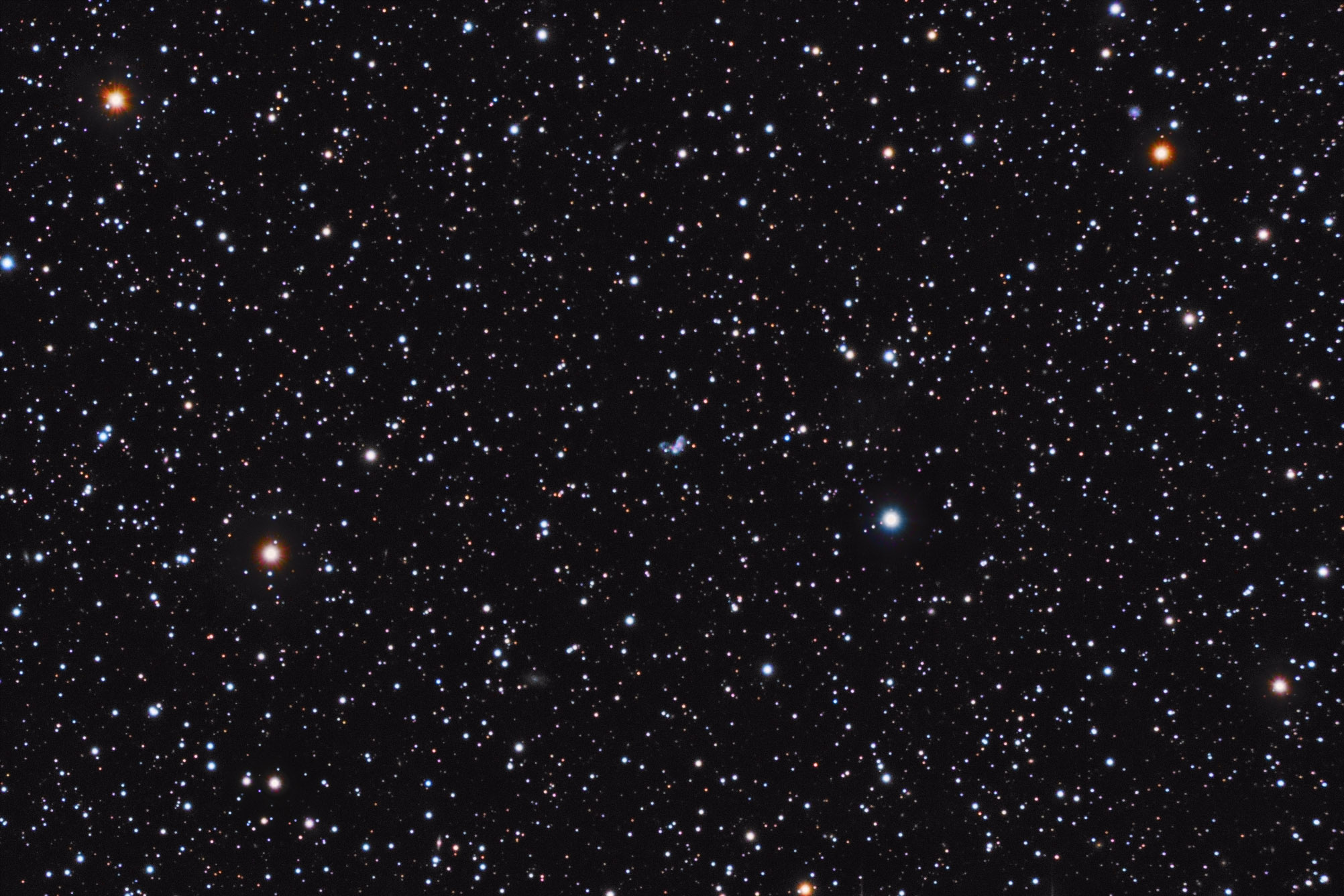 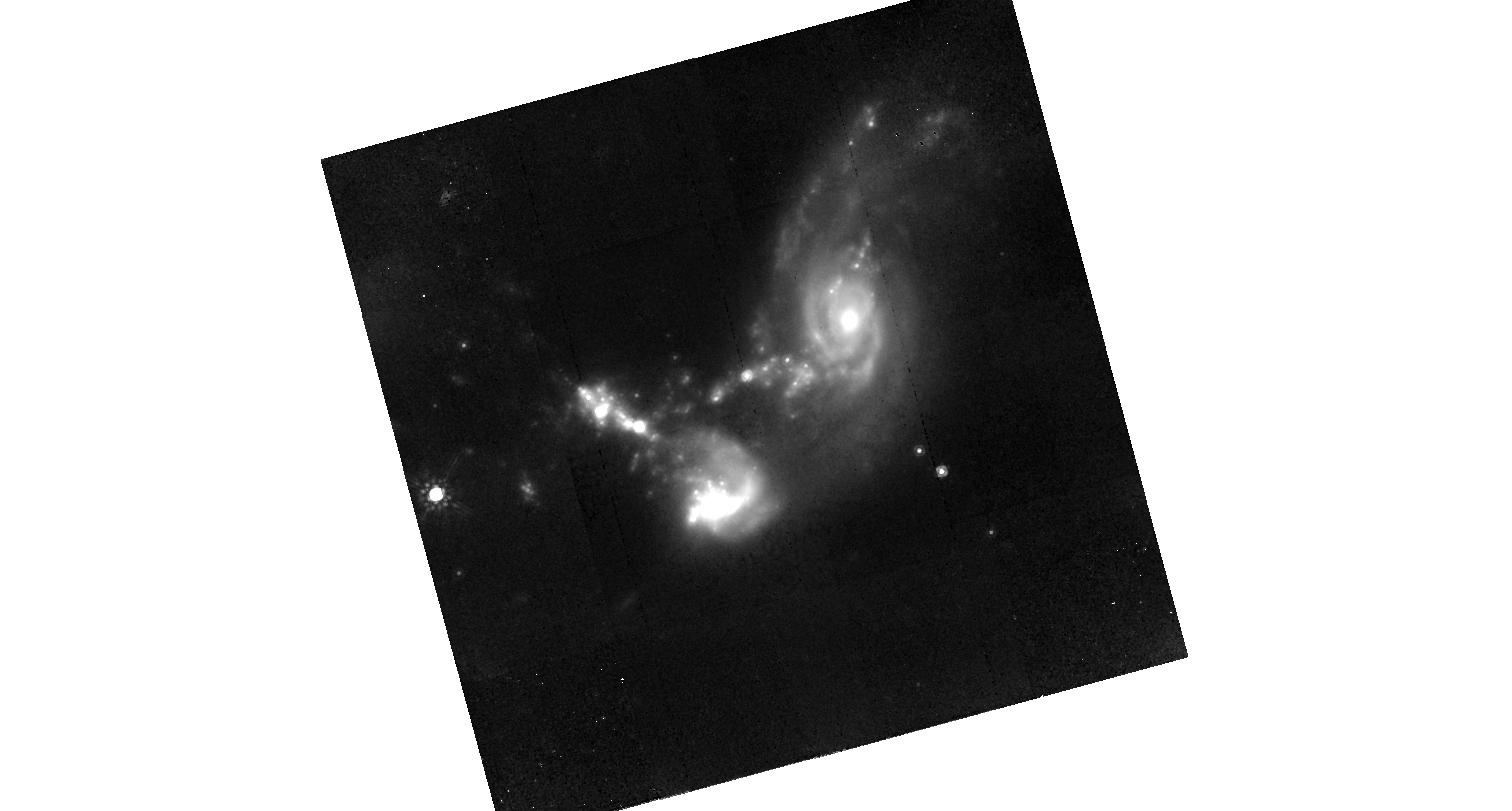 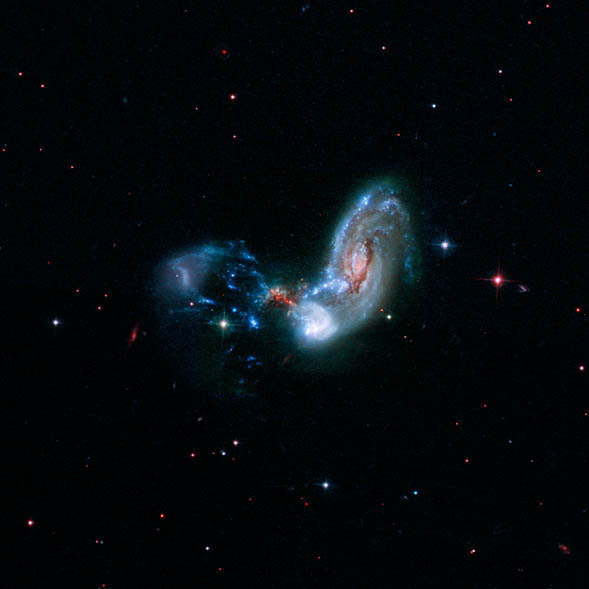