PGC 84446 is a rather obscure small outlying member of the ABELL 2040 galaxy cluster about 620 million light-years distant. It is located in the very southeast corner of Bootes. The galaxies along the bottom edge of the image are in Virgo while those on the eastern edge are in Serpens Caput so this small field of about 0.2 square degrees includes three constellations. LEDA 84446 is about 60,000 light-years across but at its distance only about 20\" of arc across. it is classified as S0/a and as a Narrow Emission Line Galaxy (NELG). It is also sometimes called SDSS 1510+07.

So why did I take such an insignificant galaxy? It turns out to be one of a handful of galaxies known to contain voorwerpjes as they are called. I had to try and see if I could pick up these green objects recently imaged by the HST. They are thought to be illuminated gas clouds outside the galaxy that were left by a galaxy digested by the main galaxy. The illumination coming from a quasar that has since died down to where the galaxy is now just NELG class but the light path from the quasar to the cloud then to us is longer so we are seeing the light echo left by this now quiescent black hole. Most of the voorwerpjes are seen around NELGs. Though only a very few NELGs have voorwerpjes.

The green color is more a result of LRGB filters as the true color is somewhat bluer than seen here. This is because the light from the voorwerpjes is red shifted just enough that instead of falling in the overlap of the green and blue filters it falls entirely in the green filter. The HST uses tunable filters for both the oxygen III seen as green and red for H alpha. Since that is out of my passband I didn\'t even try for it. The included HST image maps the oxygen to green and the hydrogen to red. As I had no way to isolate the hydrogen and my camera sees the green emission far more strongly than the red of H alpha by almost a 2:1 ratio I see even the red portion in the HST image as green. Also since it was the faint green I was interested in I used more time on the green data allowing it to be pulled out of the noise better than the red. I should have paid more attention to the HST image and put some extra time in on the red filter but didn\'t.

Seeing was better than it has been much of the last year the night I took this but still far below what I used to get a few nights of the year. Still, it helped to bring out the southern green band. 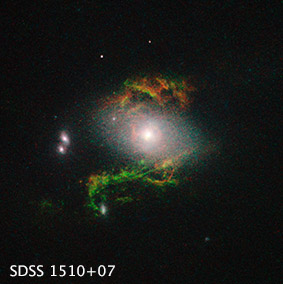 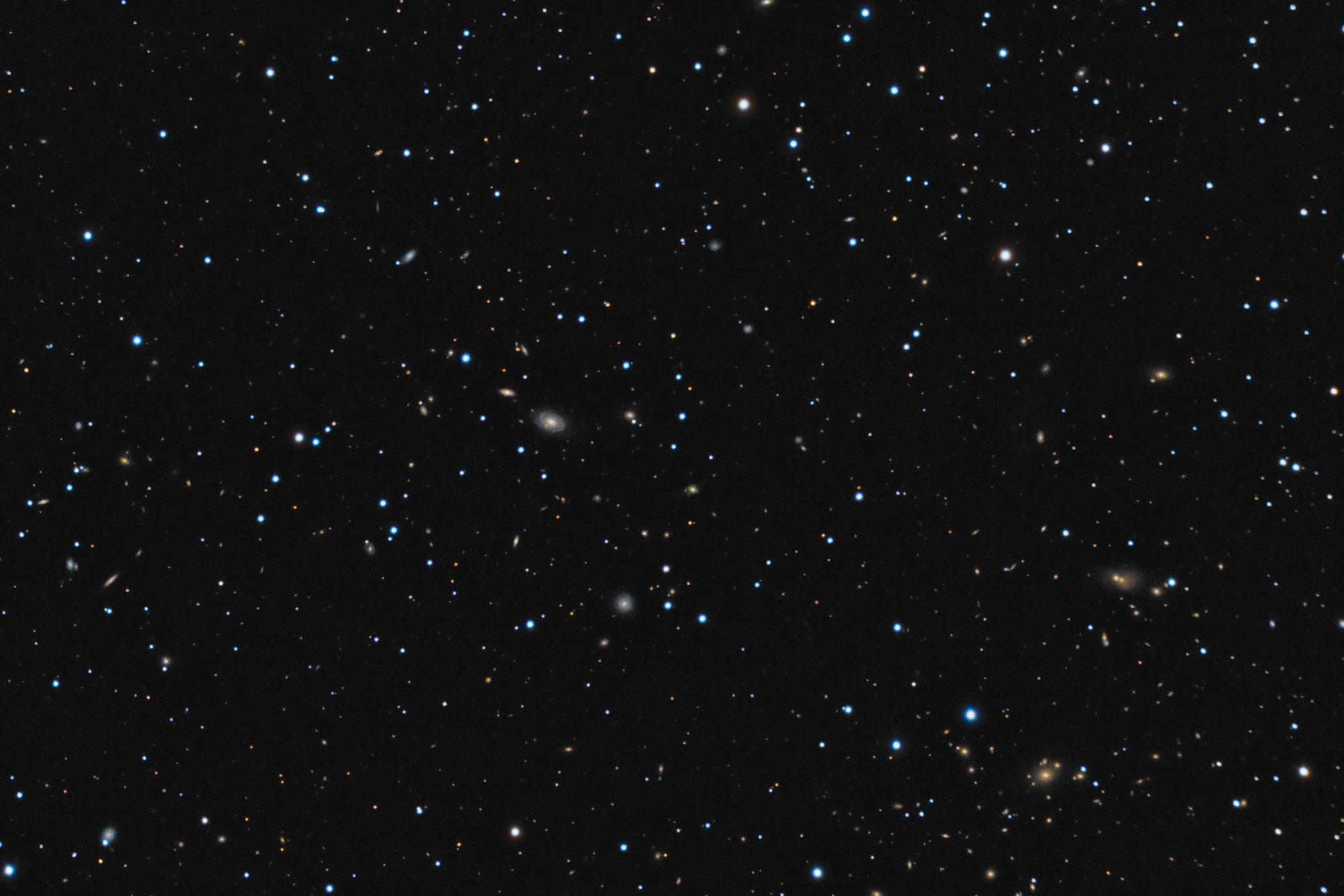 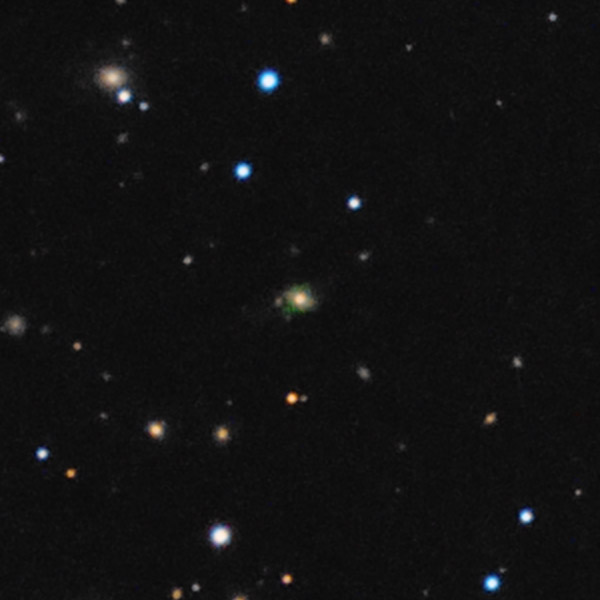 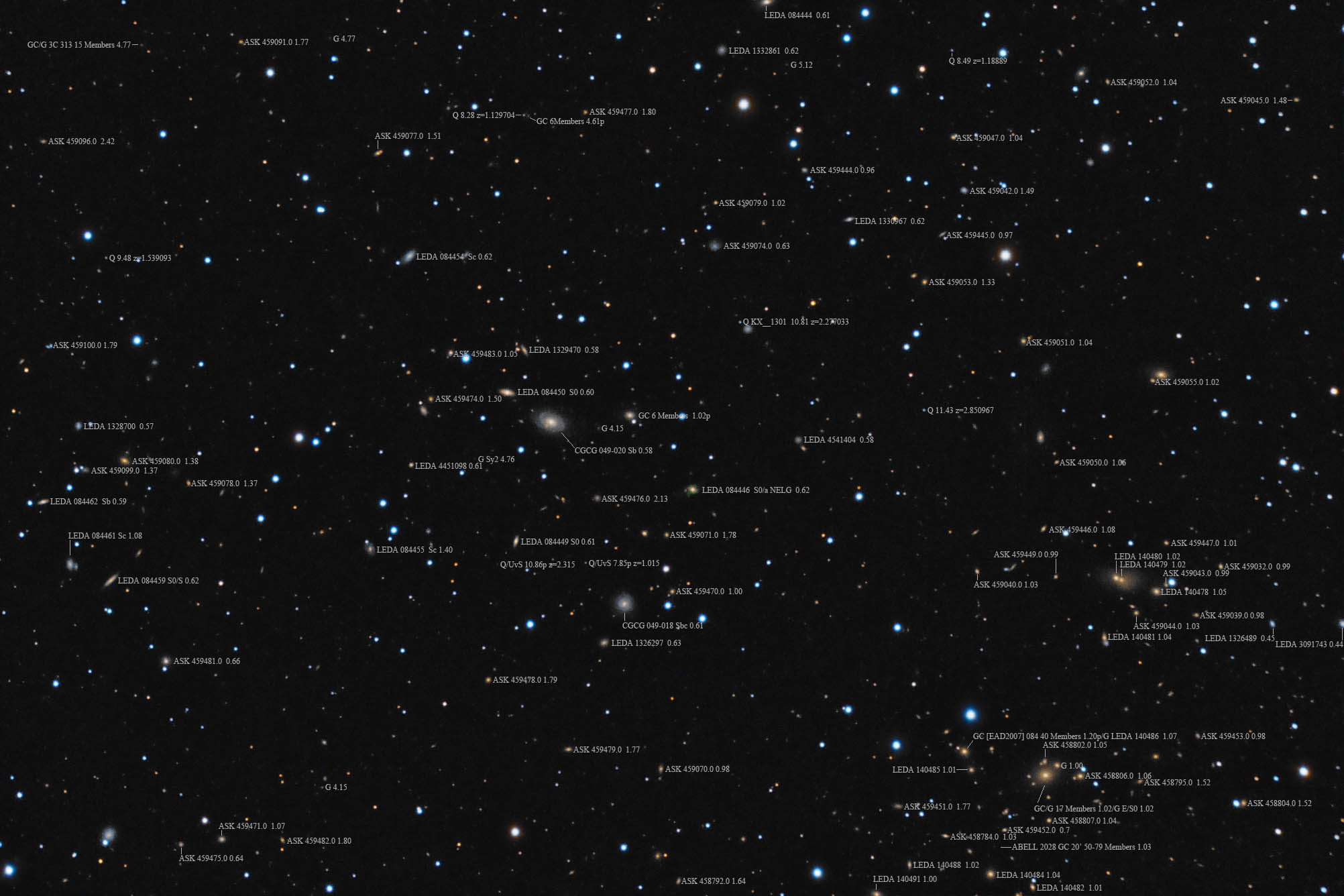