On February 28, 2009 I attempted to catch the asteroid Philplait. It was a faint one and my asteroid skills were nill at the time. Due to using 10 minute exposures, the asteroid was a short streak in each frame. So the movie shows a short 4.5\" streak moving rather than a dot. Today I could either track the asteroid and let the stars make short streaks so I could then take the stars letting the asteroid streak. The two could then be combined so a dot moved through the stars. I didn\'t know how to do that back then.

The naming citation reads:
(165347) Philplait = 2000 WG11
Phil Plait (b. 1964) is an astronomer, educator and author, currently
based in Colorado. Since 1998 Plait has educated the public and debunked
astronomy myths and misconceptions through his popular website, books and
media appearances.

I\'ve been doing asteroids of folks like Phil that debunk bad science of all types, not just astronomy.

This one used 8 10 minute frames at a resolution of 1.5\" per pixel so each streak is about 3 pixels long.

There are two other asteroids in the image 167642 2004 DK50 to the right and 2004 FJ28 to the left. The night was poor with clouds constantly present. You see them, especially in the two fainter trails. That\'s why the brighter stars have halos. I now can remove those but couldn\'t back in 2009. 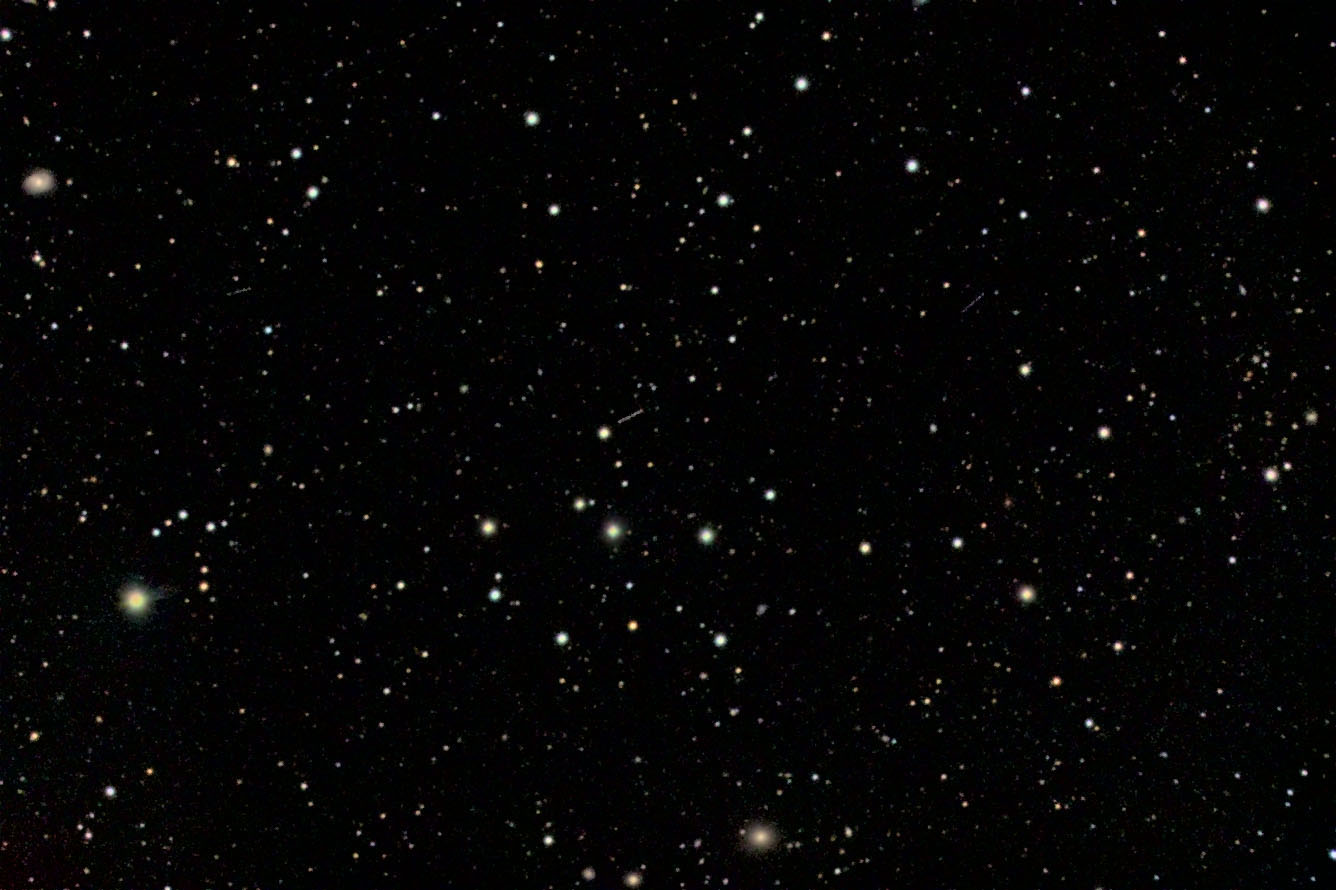