PK 030+06.1 is a planetary nebula better known as Sh2-68 in Serpens Cauda. It is \"A Planetary Nebula Leaving it\'s Mark on the Interstellar Medium\" as one paper on it is entitled. Hey, a paper without some stodgy title for a change. http://adsabs.harvard.edu/full/2003IAUS..209..525K. According to the paper and other sources, its distance is still undetermined.

It is a very old planetary, at least 45,000 years old according to the above paper. Its expansion and movement through space has been halted by the InterStellar Medium (ISM). Now the nebula is moving with the ISM and no longer following the motion of the central star. This is why it is found off center to the southwest. The nebula has been moving through the ISM for at least 45,000 years and leaving a tail of stripped material behind. Some of this is seen in very deep narrowband images. Being a contrarian I decided to see what I could pick up using LRGB only from my very dark location. I put the nebula low in case I picked up the tail running up and to the left. Turned out my sky that night had severe sky glow which drowns out any attempt at picking up the tail, at least with only 40 minutes exposure time. The off-center, very blue (somewhat cyan), central star stands out against the mostly dust reddened background stars. All those dust reddened stars show the density of the ISM it is passing through. The nebula\'s prior expansion and now cooling central star means it gets somewhat less ionizing radiation than a young small planetary which results in its faintness. It appears the ISM is putting more drag on the smaller and lighter ionized hydrogen atoms than the OIII as most of the red of the ionized hydrogen is found behind the blue OIII regions. This is far more obvious in narrowband images, however. I do need to revisit this one sometime with narrowband filters. 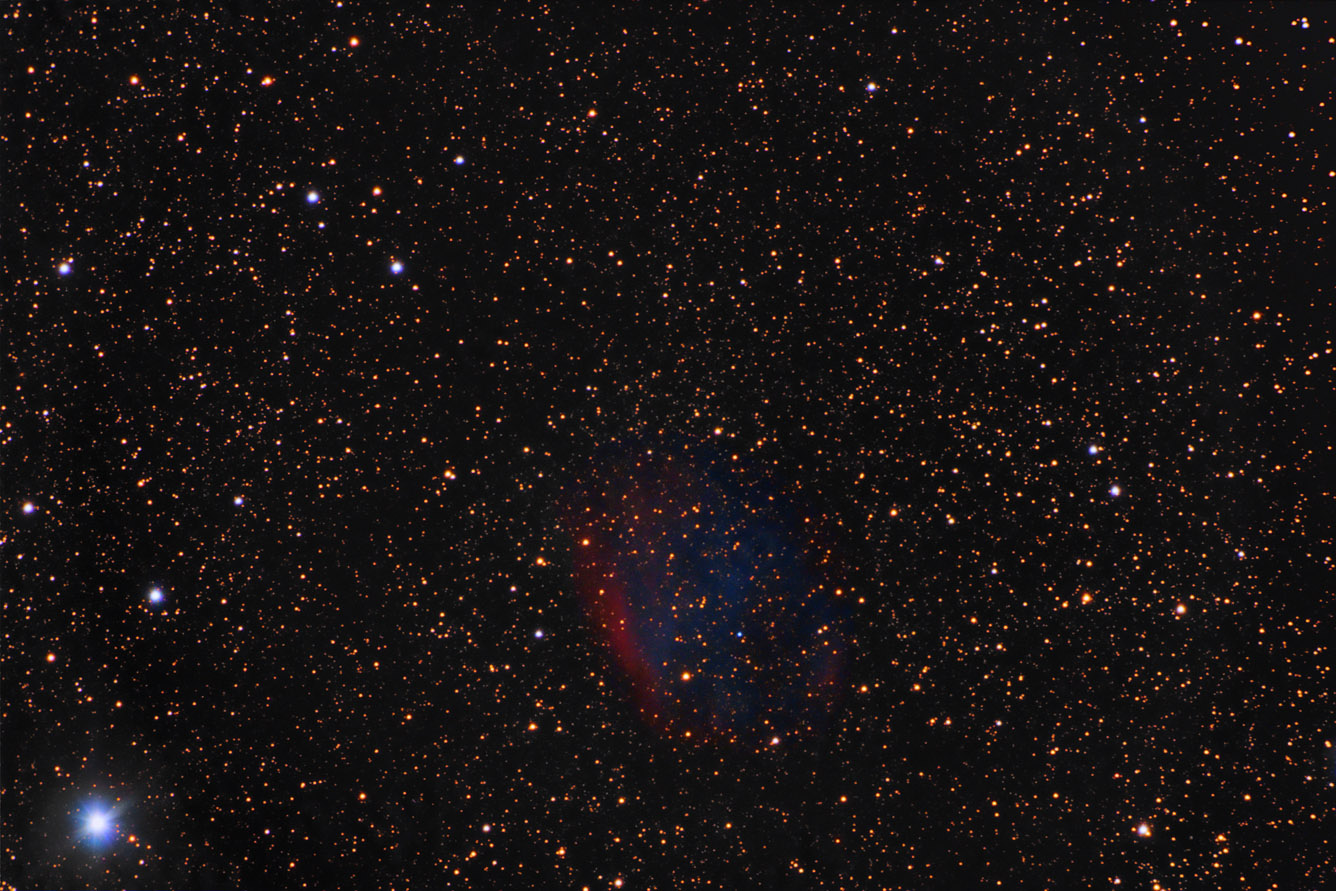 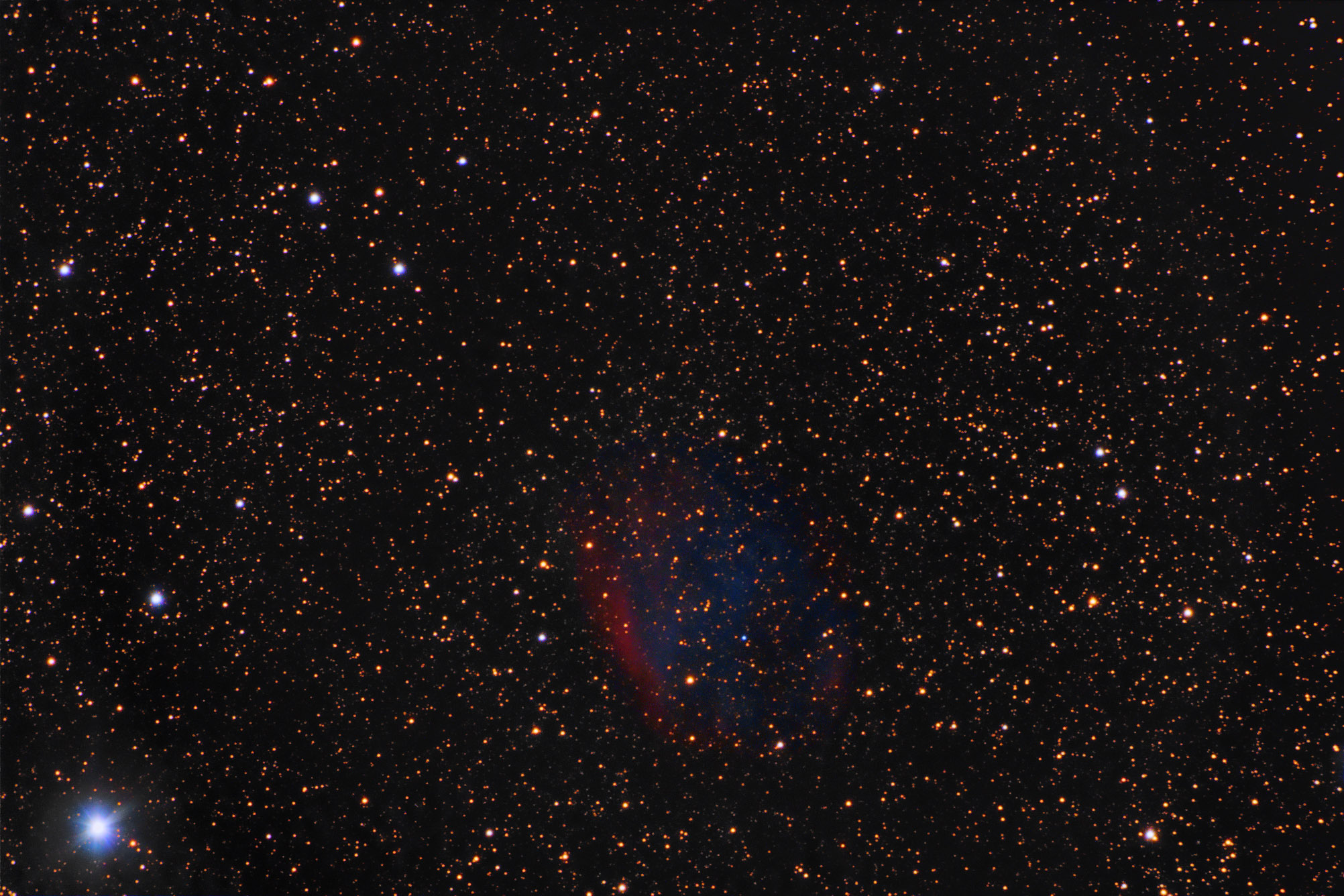 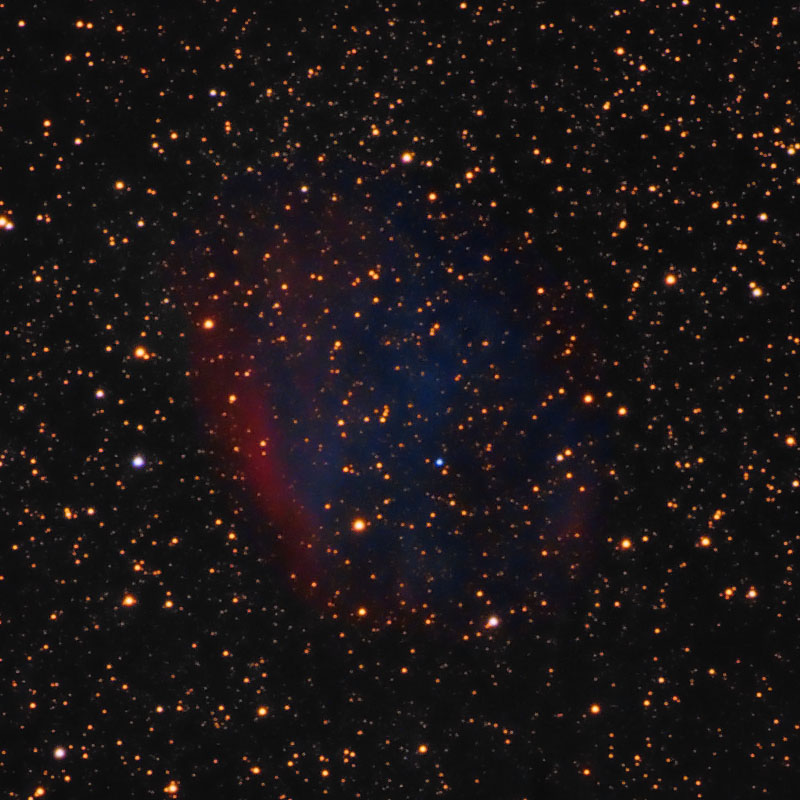