This nebula goes by several names, Jones-Emberson 1, PK 164+31.1, AG82 95, PN VV 47, The Headphones Nebula and even NGC 2474-5. The latter is a mistake as NGC 2474 and NGC 2475 are a pair of galaxies not far from this planetary nebula in the sky. In case you were wondering PK stands for Perek Kohoutek, two Czech astronomers who compiled this catalog of mostly planetary nebula. It was supposed to be all planetary nebula but some have since turned out to be something other than a planetary nebula. You may have heard of Kohoutek, he found a comet that was predicted to be big and bright beyond anything ever seen and it wasn\'t. That wasn\'t Kohoutek\'s fault, he just found it, others predicted great things that didn\'t happen. Still, it wasn\'t a bad comet at all.

While this planetary is often photographed as it is a big challenge being so faint, little is known about it other than a distance estimate of 1600 light-years. To recap, planetary nebula are formed by the gasses puffed off as a dying star evolves from the red giant stage of the death process to the white dwarf stage. Only when the star is really still so hot as to be a blue dwarf does the nebula glow. The dwarf is no longer generating energy by fusion though it may still be contracting and getting some energy from gravitational collapse it is cooling. Within 50 to 100 thousand years the star is either too cool to cause the gasses of the nebula it created to glow or the gases have expanded so far from it they no longer get enough ultraviolet light to glow. Either way, these nebulae are short lived. Big ones like this one are faint for several reasons. The gases have spread themselves so thin there\'s little gas to glow, the gas is so far from the star it gets little ultraviolet light and the star is now cooling so emits less ultraviolet light. Only dwarfs that start out unusually hot remain hot enough to show planetary nebula of this size. Since it is very hard to measure the distance to a white dwarf the size and distance of planetary nebula are nearly always vague or totally unknown as in this case. Assuming the 1600 light-year distance is correct I get a size for this planetary of 3 light-years for its longest dimension. Its size would indicate it is a very old (for planetary nebula) but that\'s about all we can learn. Seeing was awful when I took these images so the resolution is poor. For this reason, I downsized it to the equivalent of 3x3 binning though the data was all taken at 2x2 binning -- a mistake considering the seeing. I needed 9 nights to get the data for this object all taken in November and December. Bad seeing makes blobs out of some of the galaxies. Several are seen right through the nebula. 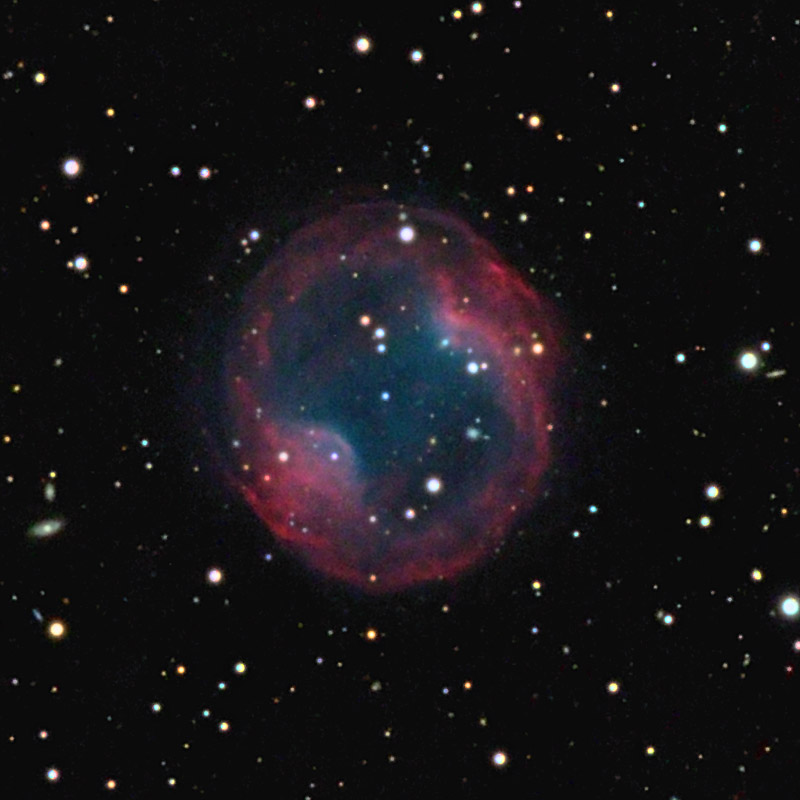 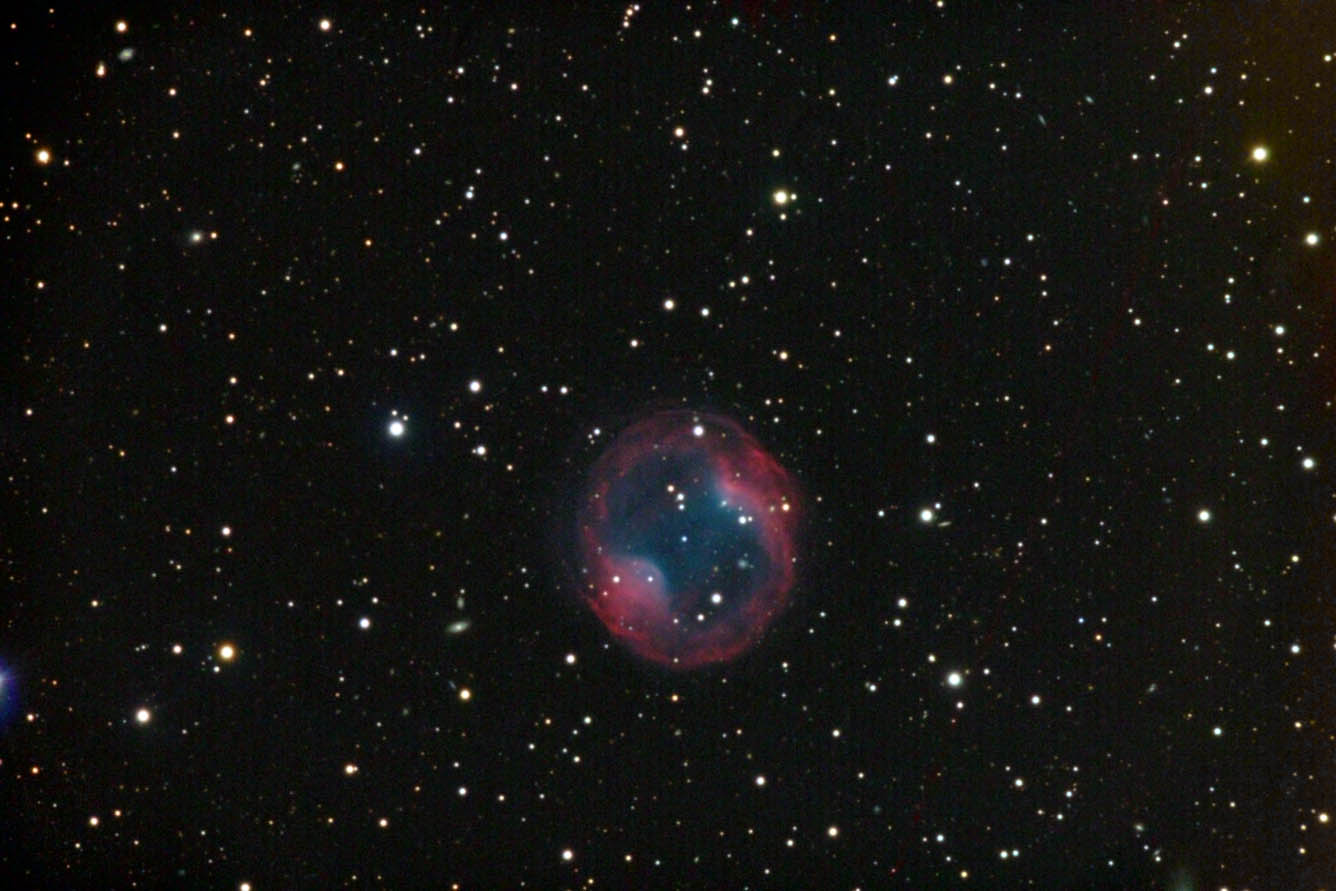