Abell 82 is a planetary nebula in western Cassiopeia about 1000 light-years by the only measurement I could find. The central star is a puzzle being a K0 subgiant star by this paper http://www.aanda.org/articles/aa/full_html/2011/02/aa13984-09/T4.html . Their table lists two K0 and two K3 stars along with a few M class central stars. This goes against the central star being a white dwarf so what\'s wrong? A K0 subgiant shouldn\'t put out enough UV to excite a SN. Besides, its the outer envelope being blown off that forms the PN yet a K0 star still has its outer shell. I have no idea how this can happen. Is the central star a double star in which the white dwarf is swamped by the much brighter giant or subgiant star? Is the central star too faint and there just happens to be a handy nearby one that gets tabbed for this? The planetary\'s size in my LRGB image is 80\" of arc which makes it about 0.39 light-years across. This doesn\'t consider the faint ears seen in OIII light. They give it a diameter of about 113\" for a size of 0.55 light-years assuming the 1000 light-year distance is correct. Lots of ifs in this so the error could be substantial.

I had started this one years ago but only got a couple frames. Somehow it never was finished until I was reminded of it by a narrow band post by Derek Santiago http://www.pbase.com/dsantiago/image/160958220 . That got it back on my to-do list. Last October I managed to get it in LRGB and then in January get some H alpha data. Not having an OIII filter I wasn\'t able to pick up the \"ears\" that Derek did. Not having seen anyone try it in LRGB I had to see what that would show. I then added the H alpha data which pretty much wiped out the OIII even in the parts where OIII is stronger than H alpha since I couldn\'t isolate that frequency. Adding the H alpha brought out its classic \"apple core\" appearance. Each has something to offer. Note that the H alpha filter at 6nm bandwidth also picks up NII emission which is often found in planetary nebulae. How much of the red is H alpha and how much NII I don\'t know.

There\'s nothing else in the field worth mentioning that I noticed so I didn\'t prepare an annotated image. 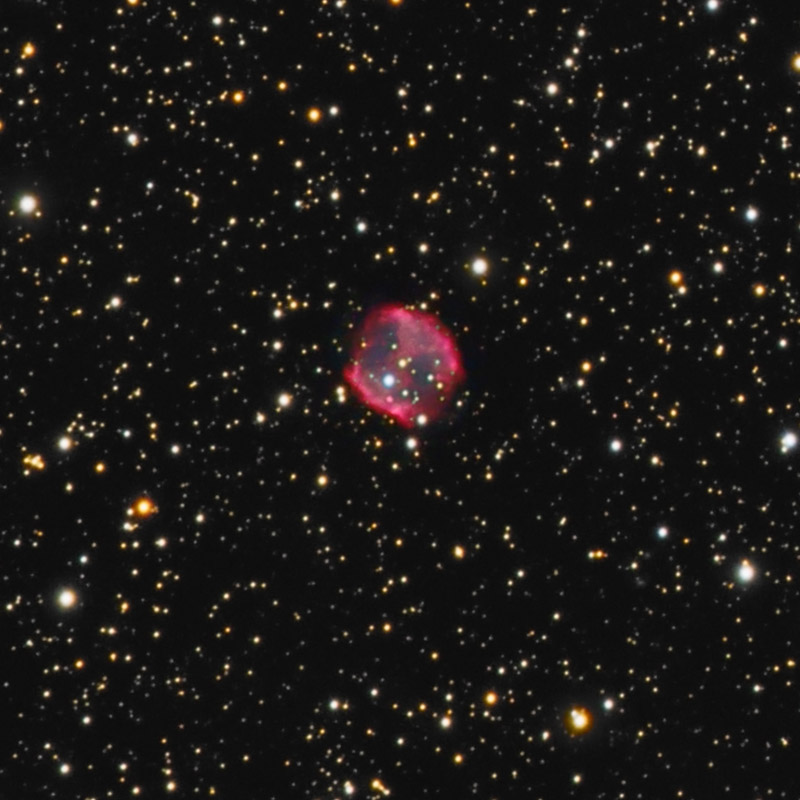 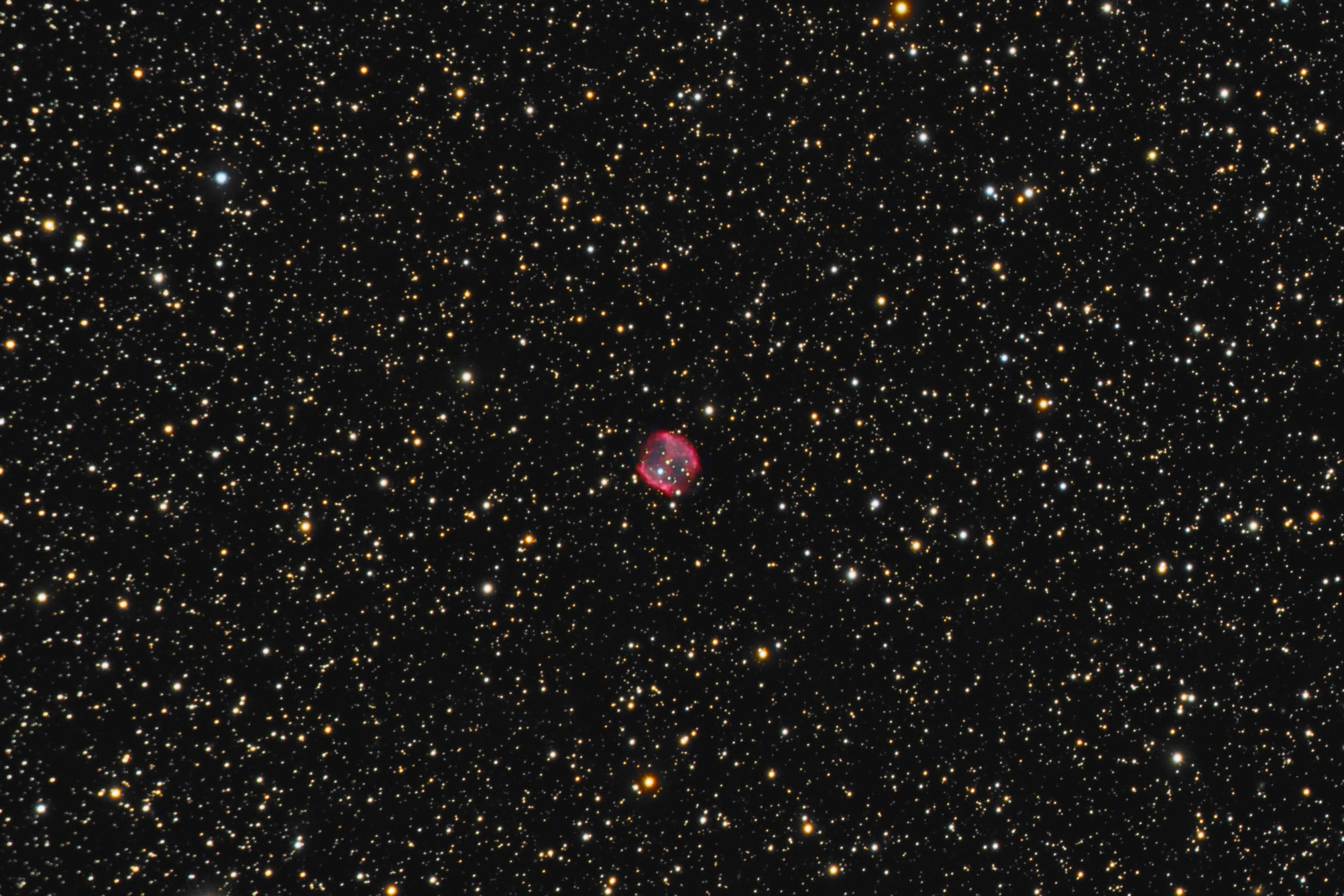 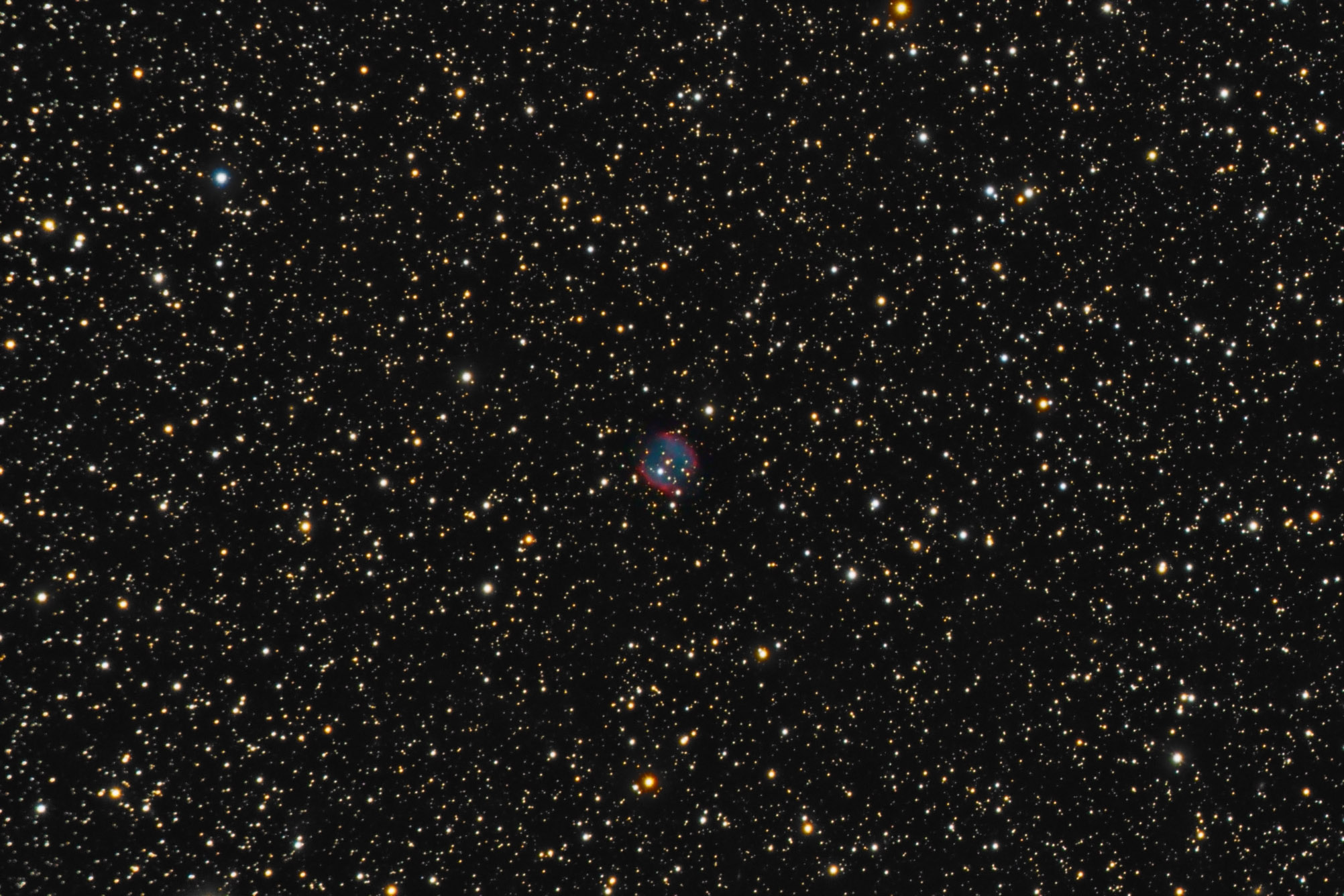 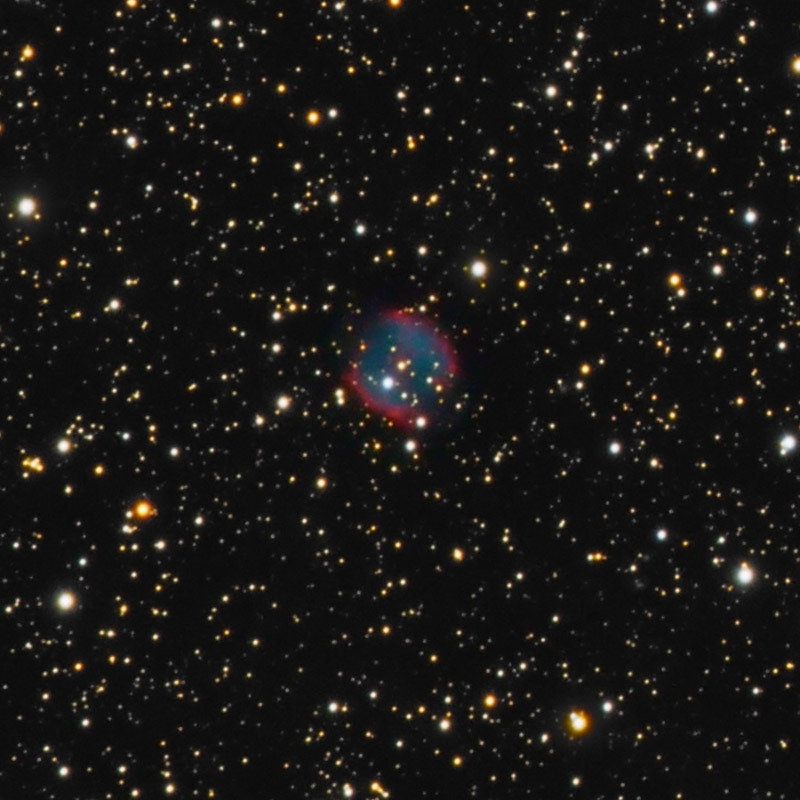