Sedna is a large member of the Kuiper belt that goes the farthest out from the sun of those known at this time. Its orbit ranges from 76 AU to 937 AU. This makes it also a member of the inner Oort Cloud. Its orbital period is 11,400 years. It was about 86 AU when I took this image of it and about magnitude 21.3. It is currently moving toward the sun so is closer now than when I took this image though only slightly brighter. Its orbit may be one affected by the still hypothetical Planet Nine that has been invoked to explain the orbits of several similar trans-Neptunian objects. During the 1.5 hours used for my exposure, it moved only 0.74\", too little at my image scale to detect. Its surface is unusually red and reflective so while it is one of the most distant members of our solar system it is also brighter than all other distant objects but larger and much whiter Eris. It\'s larger size also helps make it brighter than most of its distant companions. Current estimates put its diameter at about 995 ± 85 km (681 ± 52 miles). The galaxy at the top of my photo is UGC 2712, an SBd galaxy a bit over 300 million light-years distant. 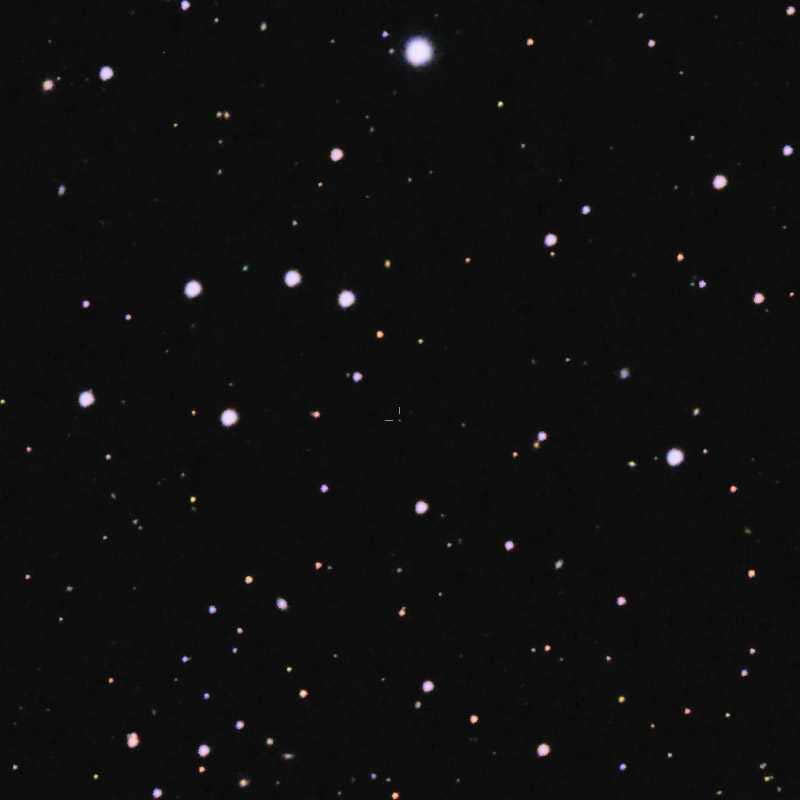 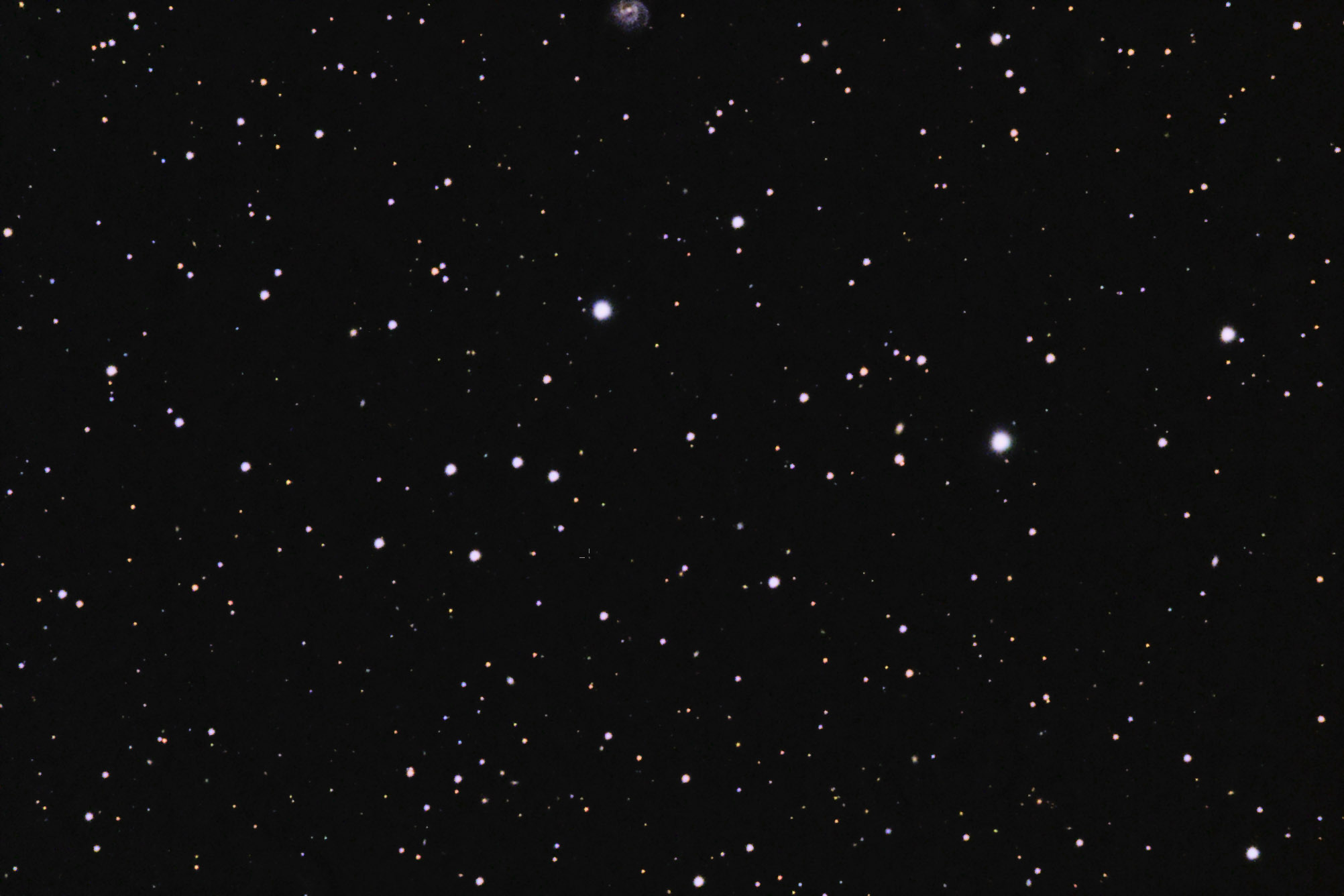