Sh2-71/LBN103 is a planetary nebula in Aquila a bit over 3000 light-years distant though the distance is a bit uncertain. Some sources consider the bright star at its center as the center star that created the nebula. It is an eclipsing double star which may explain the nebula\'s squashed shape. Others however say the central star is the very faint star seen barely in my image to the upper right of the bright star about half way to the double star above it. The nebula was discovered by Rudolph Minkowski in 1946. 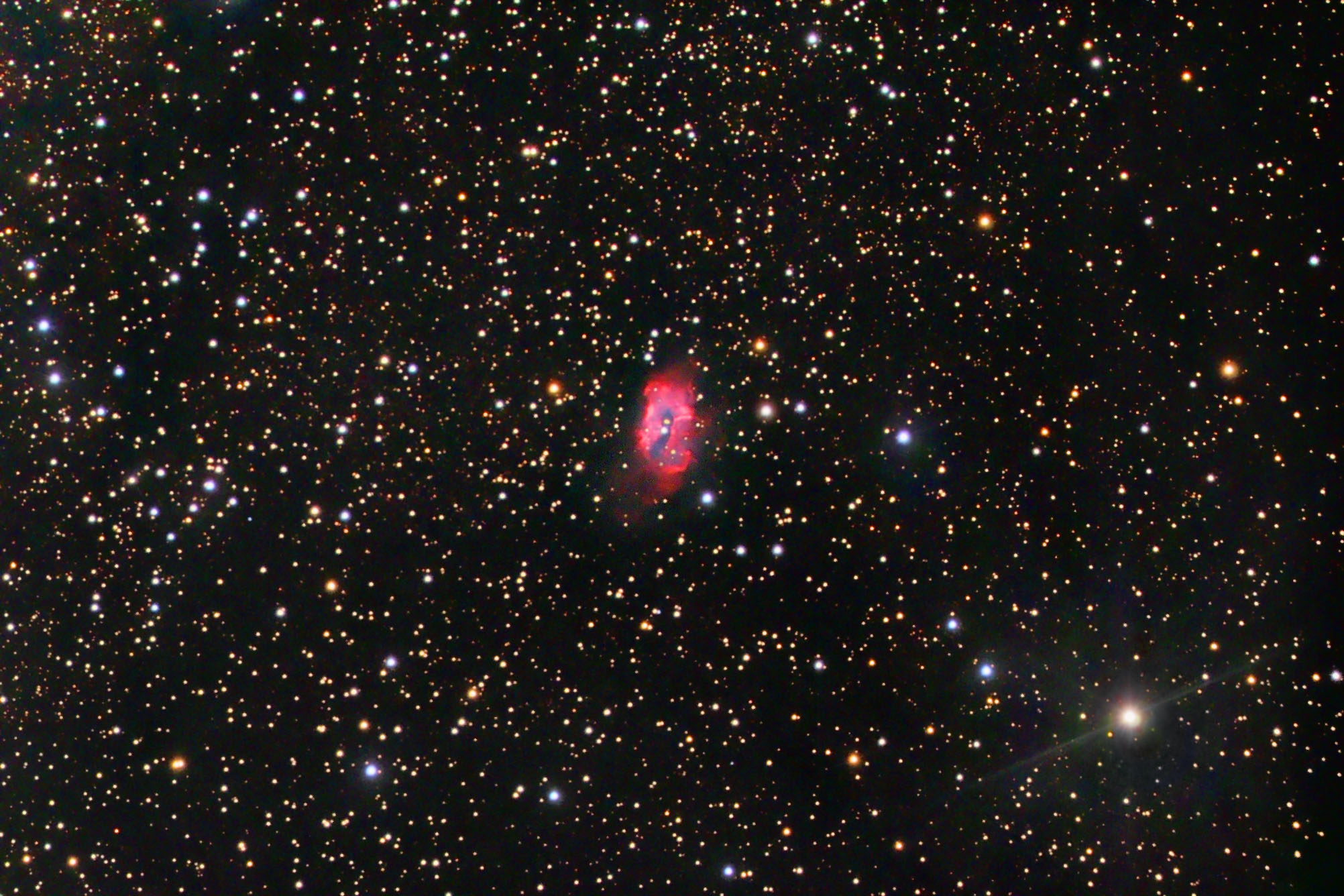