Sh2-82/LDN129 is often called the Little Cocoon which it does resemble with the inner emission region and halo of reflection blue though it is much fainter and lower in the sky being in Sagitta. Galaxymap.org puts it at about 3600 light years. It is also known as the Little Triffid though I can\'t see the resemblance other than both emission and reflection elements are involved with both. The bright star in the center of the emission (red) region is HD 231616 which Galaxymap credits as being the illuminating star. There are several dark nebulae in the image identified at Simbad. But some I really wanted to know about aren\'t listed. Those that are I\'ve noted on the annotated image though I left off a few that were so indistinct I couldn\'t see anything at those locations. Yet some very dark ones have no listing. It\'s very discouraging. SDC stands for the Spitzer Dark Catalog. Since the Spitzer space telescope operates deep in the infrared part of the spectrum it might be these stand out well at those wavelengths. I found no LDN or other visual dark catalog entries for this field.

This one needs a much wider field of view than I can give it. For that See Tom Davis\' superb image at: http://tvdavisastropics.com/astroimages-1_000086.htm He used nearly 14 hours of data, over 10 times what I used so shows fainter detail.

Due to two massively bright satellites, one in red and one in green frames that I didn\'t know were there until I went to process this I am limited in color data for those channels. All attempts to process them out with only two frames failed miserably. Even my old darken combine trick didn\'t work, leaving some nasty color traces. I really need to put a lot more time into this one this summer. 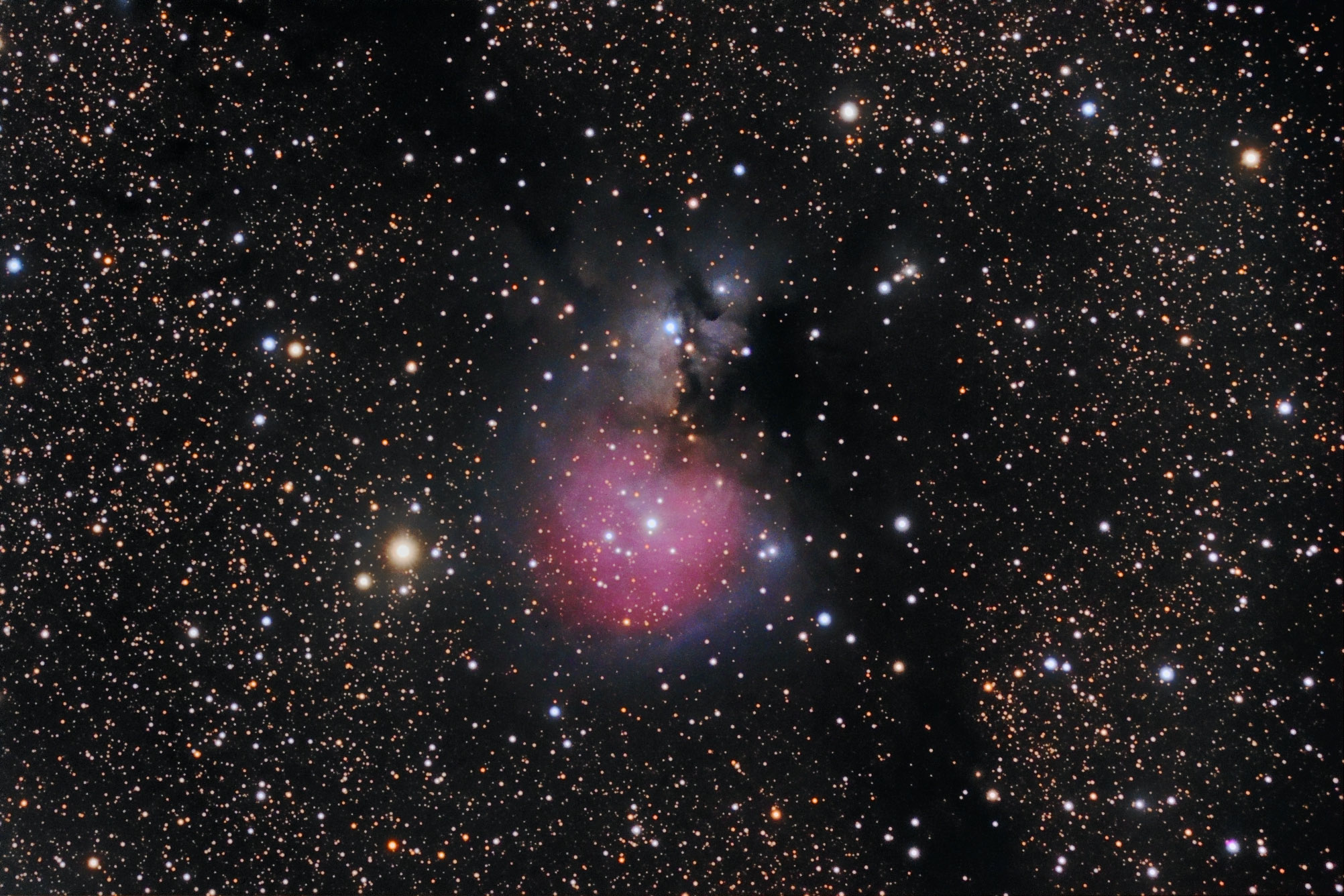