SH2-83A is a small emission nebula with an infrared star cluster hiding within it from some reports. It is in Vulpecula just north of the far more famous Coathanger asterism. In fact, some images of the Coathanger pick up this nebula as well. The Coathanger dwarfs this tiny nebula. I can\'t find much on it, not even a distance estimate.

I wondered if it was SH2-83A where was SH2-83. According to Simbad, that object is 161 arcseconds southwest of SH2-83A. That puts it a bit over half way from SH2-83A to the right edge of my 0.8\" per pixel cropped image on an angle of about 240 degrees from SH2-83A (4 O\'clock -- remember west is to the right not east). There\'s a medium bright (for the frame) orange star just to the upper right of its position. Nothing is seen there in any image of the area I located. If anything exists there it is exceedingly faint. Many amateurs label SH2-83A as SH2-83 though according to SIMBAD that isn\'t correct. I don\'t know if the A version is just a correction of the position from an erroneous one or if there really are two objects here. I find working with many of these small nebulae can be very confusing at times.

Since this object is located in the Milky Way the starfield is very rich but held nothing of interest. The stars just blew up the JPG size without adding much. So I cropped the image down to about two thirds size by area but leaving the image scale at my usual 1\" per pixel since this one is so small. The cropped image is at 0.8\" per pixel. 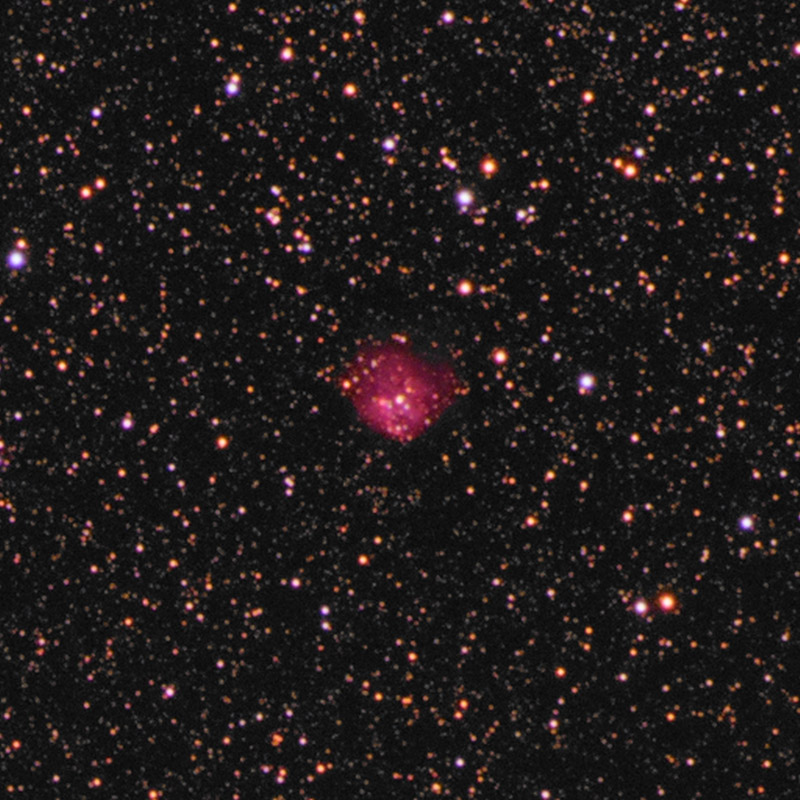 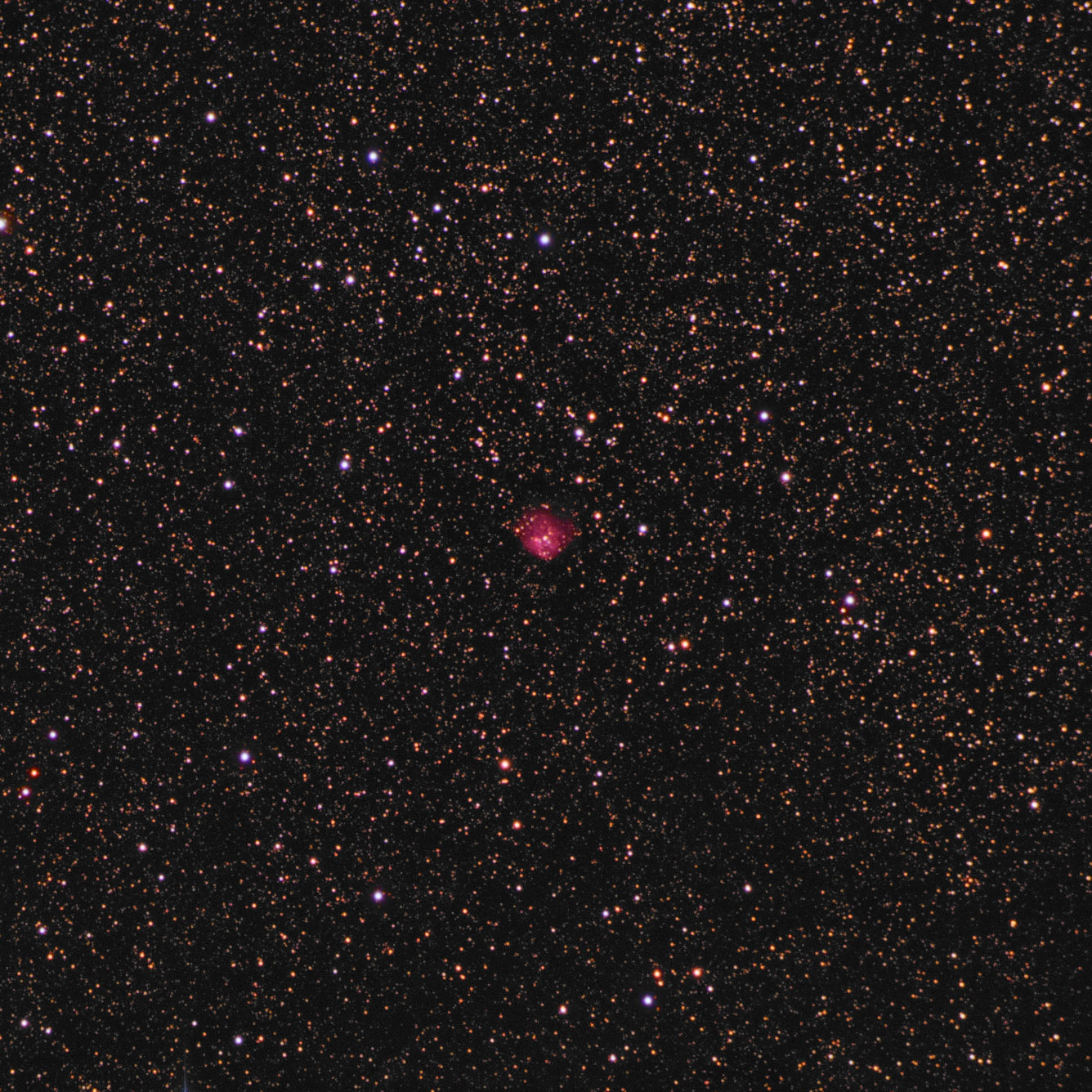