SH2-106 is a small nebula in Cygnus about 2000 light-years distant. It is often called the \"Hourglass Nebula\" for obvious reasons. It is 1.5 to 2 light-years across depending on which source you use. I get a bit under 1.5 light-years using my image and a distance of 2000 light-years. In the center of the nebula, between the two lobs and hidden by dust is the star that is creating this object. It is emitting hot jets of gas from its poles forming the two lobes seen in my image. It is a very young star only about 100,000 years old but about 15 times the mass of the sun. It is an O8 star. IR images indicate hundreds of low mass, brown dwarfs and protostars are hidden behind the dust as well as the illuminating O8 star. Some sources classify this as a planetary nebula but it is formed now from a dying star but one just born though due to its mass it won\'t live but a few more million years before dying a likely violent death as a supernova. For an image taken by the HST see: https://www.spacetelescope.org/images/heic1118a/ 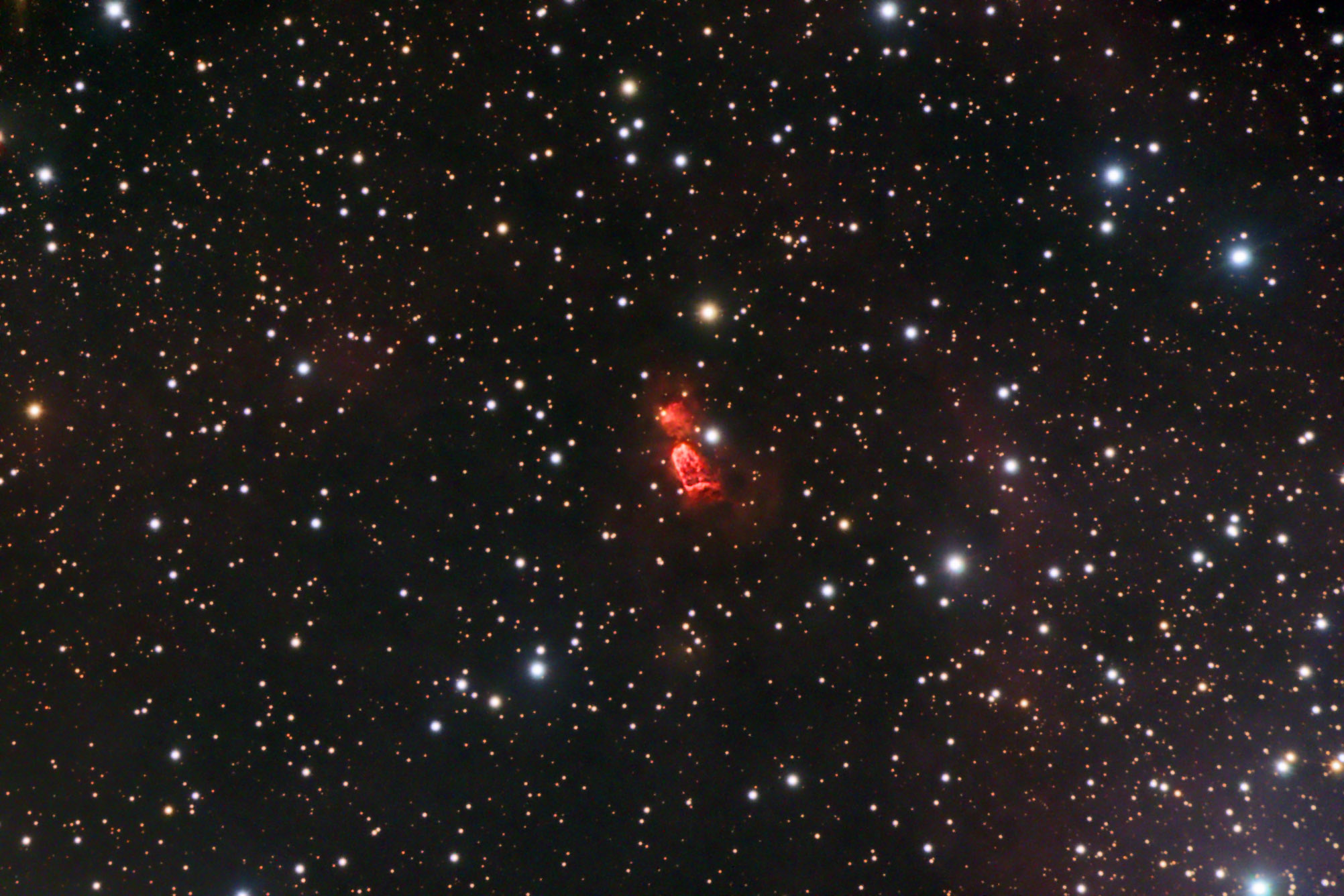