Sharpless 112 (SH2-112) is a molecular cloud that is forming a star cluster. Come back in a few million years and you\'ll see only a star cluster, not the brilliant red cloud we see today. This nebula is located in the constellation of Cygnus the Swan not far from Deneb and the North American Nebula. Though it is not related to either. It is about twice as far away as they are at about 5600 light years. Notice there are far more stars in the southeast corner of the image (lower left) than elsewhere. This is because only part of the molecular cloud is lit up by the illuminating star BD+45 3216. It is the brightest star you see in the nebula and is near the dark lane toward the center. It is a very blue star, classed as O8, it emits most of its light in the ultraviolet part of the spectrum. Such stars live only about 3 million years before going boom as a supernova. It was formed out of the cloud then escaped it. Now situated in front of the part we see, its ultraviolet light causes the hydrogen gas in the cloud to glow its characteristic pink color. It even causes some oxygen to glow giving a slight blue cast to the part of the nebula nearest the star where the ultraviolet light is strongest. The dark lanes are were the cloud is too dense to glow and is where most of the stars are forming. They are hidden behind all the dust in the cloud. I couldn\'t find any Chandra or other IR. images of this object, however. The fewer stars except to the lower left show there\'s a lot of background stars obscured by unlit parts of the cloud. Only those parts facing us that are close enough to it for sufficient ultraviolet light to hit it is visible, the rest is dark and seen only because it blocks background stars. I used 2.5 times my normal exposure time on this nebula. 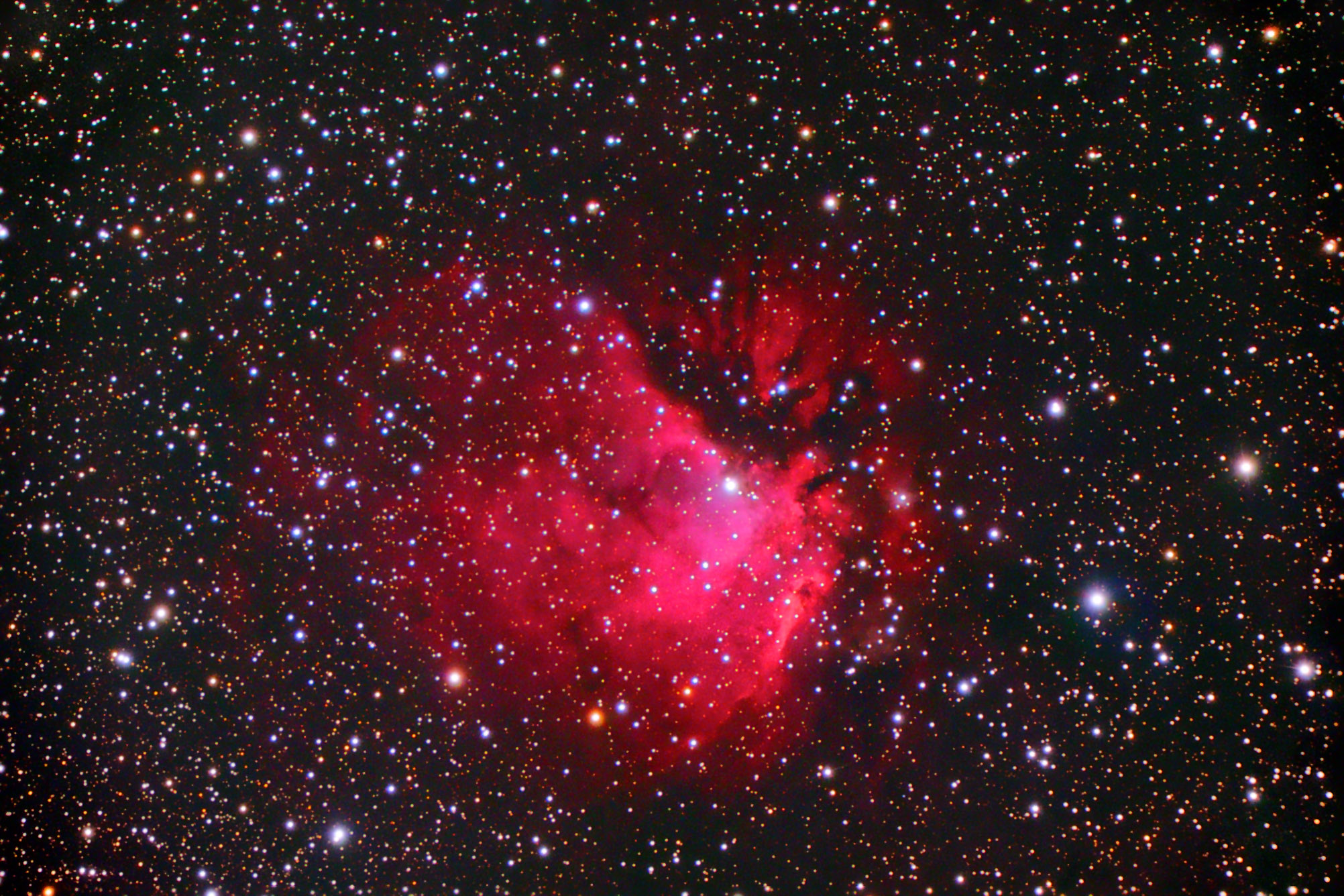