Sh2-126/LBN 428 is a large HII/Reflection Nebula with lots of dust in Lacerta. It contains an interesting reflection nebula centered on the variable star V0375 Lac that varies from 14.24 to 12.94 magnitude. It appears elongated in my image. This appears due to the reflection nebula as if I only look at the brightest pixels it does appear round. NED and SIMBAD also show another object at the same coordinates, MRK 0914. NED lists it as the same object and considers it an UV Excess Source. SIMBAD shows it as a different object with exactly the same position and as a galaxy. Could this galaxy designation come from the oval appearance? A bit SW of its position is a bright area that does appear galaxy like but nothing is listed for that position. SIMBAD identifies the reflection nebula as GN 22.32.5. Simbad also shows several HH regions in the reflection nebula, one of which also shares the same coordinates as the star and the Markaryan object, HH 398. It\'s enough to make my brain hurt. I find little on the distance to this object. One source says 600 parsecs or about 2000 light years. That\'s probably a very large \"about\".

I wanted to get some H alpha to go with this but weather never cooperated and I soon forgot about it until I went to process it. By then it was long gone from the sky. The image was taken July 28, 2009 UTC. 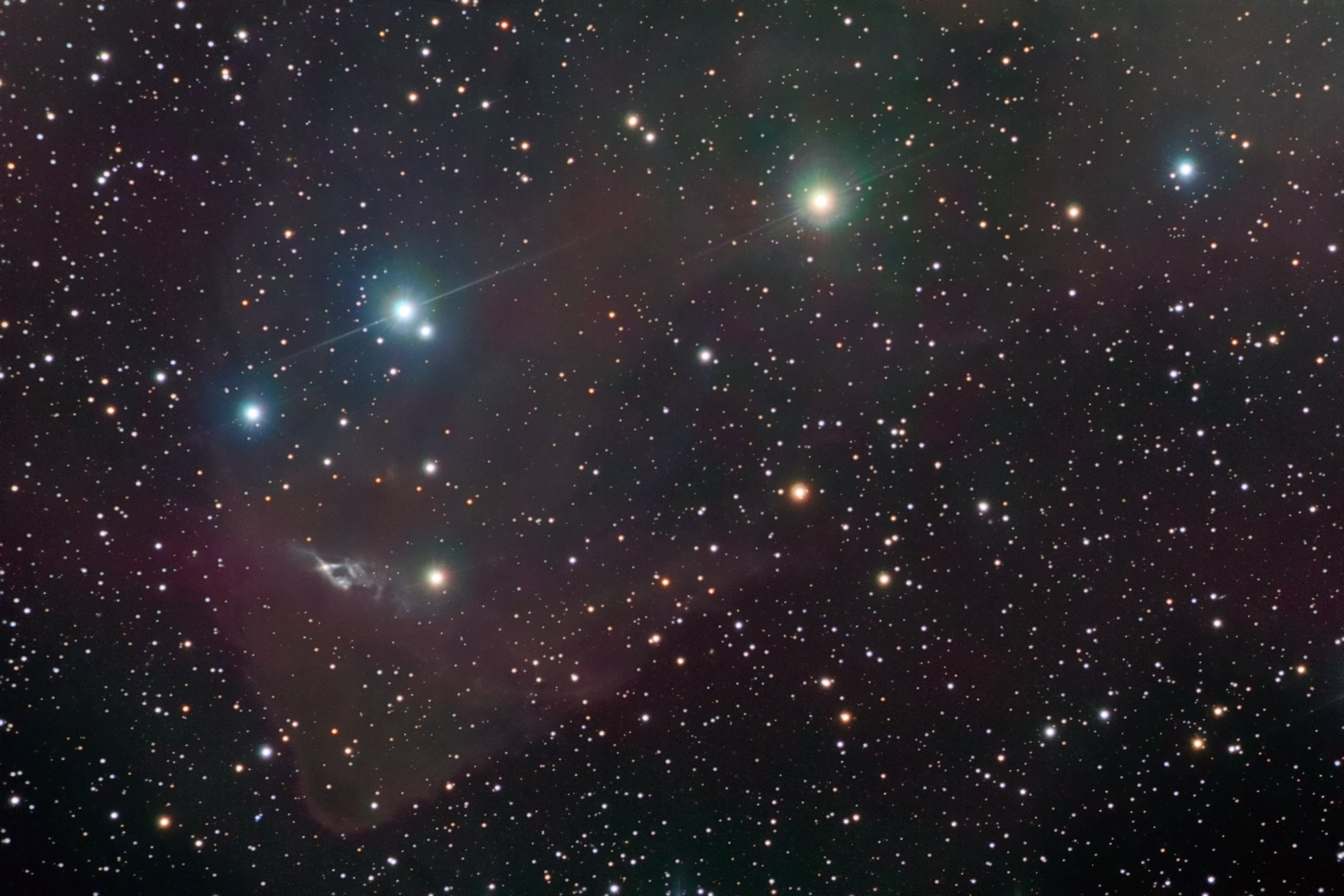