Sh2-127/LBN 436 is an emission nebula in northern Cygnus not far north of M39. Galaxy map has this to say about it: \"Radio analysis reveals that Sh 2-127 consists of two distinct components - a larger weaker and more diffuse source (WB89 85A) to the northeast, consistent with ionisation by an O7 class star, and a stronger but smaller source to the southwest (WB89 85B), consistent with ionisation by an O8.5 class star. (However, it is also possible that both components are ionised by a single star.) Both components are located near the northwestern edge of a molecular cloud and are embedded in the molecular gas.\"
There is a bright region around a tight group of 3 stars at the south end. Is this the smaller, brighter region? The red color is stronger here as well. Galaxy map puts it at 9600 parsecs or about 31,000 light years away. That puts it on the nearly on the other side of our galaxy. This is normally considered a very dusty region. I\'m surprised we can see that far across the plane of our galaxy. Sh2-127 would be one super large and bright nebula if you could see it at the distance of say the Orion Nebula. 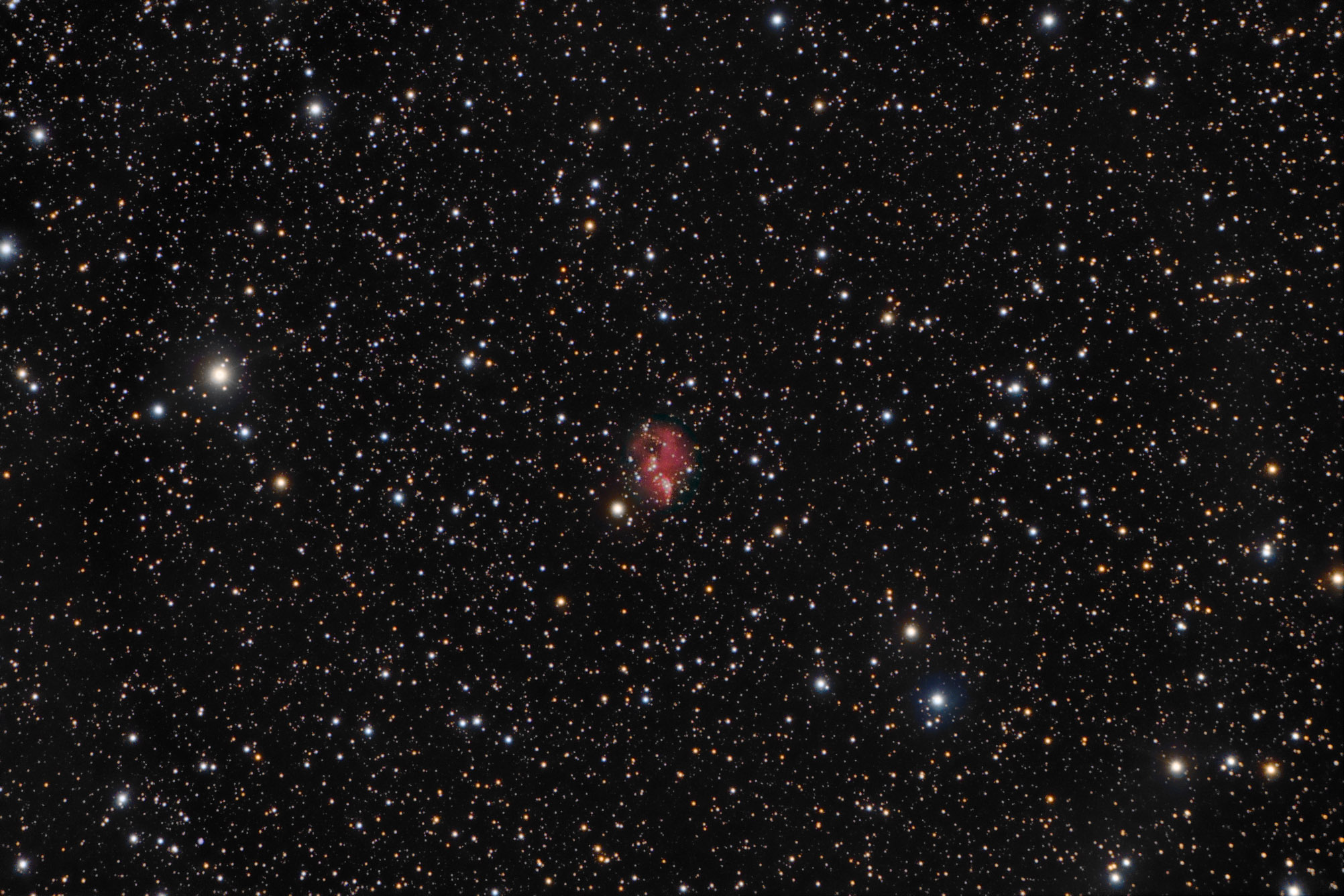 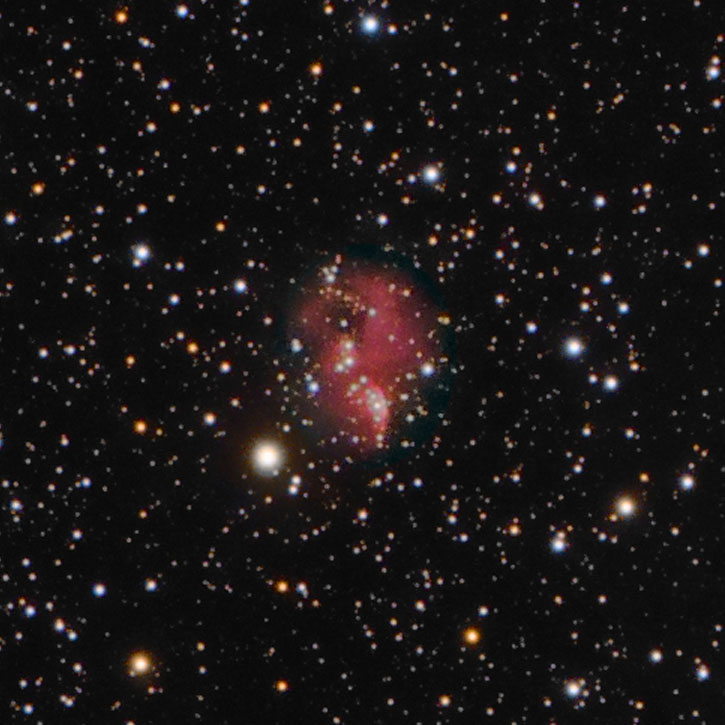